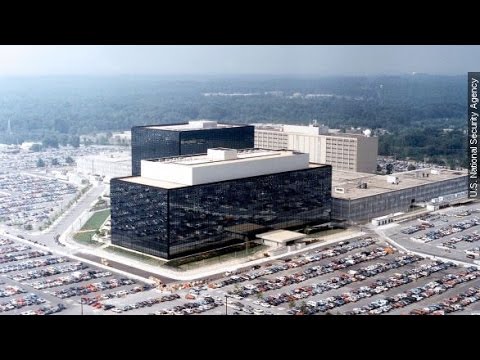 A bipartisan group of congressional leaders has reintroduced the USA Freedom Act. The bill is an attempt to rein in the intelligence community’s “Collect It All” strategy, and passing USA Freedom is a first, small step in the right direction. However, it has serious faults that should be addressed.

Last year, the Senate failed to advance a somewhat different, stronger USA Freedom Act by two votes. We supported the bill because it reformed the secret court overseeing the spying and ended the bulk collection of calling records. The bill introduced this week is not as robust as last year’s bill, but it still successfully accomplishes both of these goals.

Similar to last year’s bill, the new USA Freedom Act attempts to end the bulk collection of calling records under Section 215 of the Patriot Act by limiting collection to instances where there is “reasonable, articulable suspicion” that a “specific selection term” used to request call detail records is associated with international terrorism. The government must use a specific selection term, which represents an “individual, account, or personal device.”

However, the definition of specific selection term is broader when it’s used to collect tangible things other than calling records. In these cases, the term must be a “person, account, address, or personal device.” The term must also limit the scope of these requests for information to the greatest extent possible, and cannot collect records that are overly broad, like those that relate to a geographic region or an entire electronic communications service provider.

Reform of the Secret Surveillance Court

The newly introduced USA Freedom Act includes reforms to the Foreign Intelligence Surveillance Court (FISA Court), the secret court that approves NSA surveillance requests. First—despite a name change—just like the previous bill, five special advocates will be appointed by the court and will be called upon whenever the court is considering a novel or significant construction of law. The amicus is meant to advocate for the protection of civil liberties and privacy, educate the court on intelligence collection or communications technologies, and answer any questions the court may have.

Second, the new USA Freedom Act directs the government to declassify “significant” FISA Court opinions and defines “significant” to include any novel interpretation of “specific selection term” or other novel construction of law.

These two changes are key because they add needed transparency. The one-sided FISA Court will no longer only hear from the government, and there will be more public scrutiny of a judge’s decision whether or not to use the advocate.

A Small Step Instead of a Giant Leap

While the new USA Freedom Act is largely similar to last year’s bill, there are significant changes that weaken the legislation. One example is the lack of clearly mandated procedures to delete any information unrelated to the target of the investigation. These “super minimization procedures” should be added back into the bill as they ensure stronger privacy protections beyond the use of a narrow “specific selection term.”

The bill includes a new emergency clause for the Attorney General, allowing for surveillance of a targeted suspect who enters the United States for 72 hours or until a new surveillance order is obtained. The bill also increases the mandatory minimum sentence for material support of terrorism from 15 to 20 years. Both additions are unrelated to the calling records collection addressed by the rest of the bill and should be removed.

The bill, like other iterations of USA Freedom, also extends the sunset provisions of the Patriot Act and the Intelligence Reform and Terrorism Prevention Act. Unfortunately, this extends the expiration of Section 215 through 2019— even longer than the Senate version of USA Freedom last year would have.

What the USA Freedom Act Doesn’t Do

This bill is focused on Section 215 telephone surveillance and FISA Court reform. However, much more must be done to end untargeted surveillance of innocent people both in the U.S. and around the world.

With respect to call detail records, it allows the NSA to get a second set of records (a second “hop“) of individuals identified in the initial request’s production that may still allow for the collection of records with less than “reasonable, articulable suspicion.”

The new USA Freedom Act does not address Section 702 of the FISA Amendments Act, the problematic 2008 law that the government uses for PRISM and “upstream” mass surveillance. We remain committed to reforming Section 702 and will continue to fiercely fight against mass surveillance. We do think that success in enacting USA Freedom will help Congress move toward passing additional reforms to 702.

Finally, many of the problems we are facing today stem from rampant secrecy and lack of oversight. Surveillance abuses will not be resolved until our broken classification system—which shields matters of public importance from public scrutiny—is fixed.

A Step Forward Is Better Than a Step Backward

The bill is far from ideal. But it does shift the status quo towards more privacy and, if passed, will be the first time since 1978 that the NSA has had its activities scaled back by Congress. It substantially limits the scope of collection by the government for tangible things under three different laws, and it offers small but real institutional reform to the FISA Court that only Congress can create.

We’ve been clear that we must end mass surveillance under all surveillance authorities. We’re disappointed that this bill does not do more toward that end, but the new USA Freedom Act serves as a welcome first step and should be seen as such.

Should Legislators Vote for USA Freedom?

It’s our goal to try to explain legislation honestly, even if it means diving into the murky weeds of surveillance law. We don’t like to sugarcoat the failings of a bill, nor do we think it’s useful to trumpet reforms that are modest.

However, legislators and staffers often come to us with a binary: should they or shouldn’t they cast a vote for this bill. They need a yes or no answer, not just nuanced discussions about the pros and cons of the bill.

While not as powerful as a comprehensive reform bill banning bulk surveillance under all legal authorities, passing USA Freedom is a step in the right direction.

As we consider the merits of USA Freedom we also need to keep our eye on the ball. Some members of Congress want to reauthorize the Patriot Act and renew the phone records program as it exists today, something we all must join together to fight. Tell Congress to oppose any attempt to rubber-stamp a reauthorization. Visit fight215.org to make your voice heard.

Via The Electronic Frontier Foundation