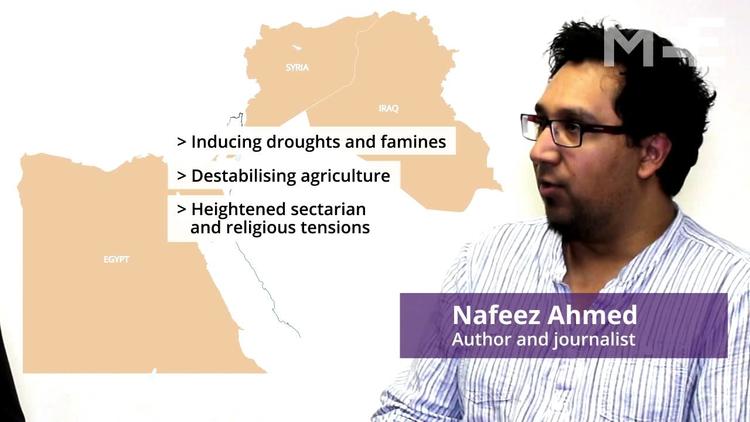 While Israelis water their lawns and swim in Olympic-sized pools, Palestinians a few kilometers away are literally dying of thirst.

California is in the midst of one of the worst droughts in the state’s history, prompting Governor Jerry Brown to declare a water “state of emergency.”

Ordinary Californians are bearing the brunt of this disaster. While the governor has imposed restrictions to reduce residential water consumption, businesses in the fields of agriculture and hydraulic fracturing have been largely exempt. Brown’s unwillingness to take on these gargantuan corporate water-wasters lends a sharp political element to an otherwise natural disaster.

There’s another region in the world, however, where access to water isn’t just decided on the whims of politicians dealing with natural disasters. In fact, the very existence of water crises is official state policy for one country: Israel.

Despite its location in a region thought to be perennially dry, the Holy Land actually has ample natural freshwater resources — namely in the form of underwater aquifers and the Jordan River. Palestinians in the West Bank and Israeli settlers live in roughly equal proximity to these resources, which theoretically would allow for equal consumption.

Israeli water policy, however, has made this prospect virtually impossible. In fact, there’s a shocking disparity.

A report from the United Nations found that the average Israeli settler consumes 300 liters of water per day — a figure surpassing even the average Californian’s 290. But thanks to Israeli military action and legal restrictions on access, the average Palestinian in the occupied West Bank only gets about 70. And for the tens of thousands of Palestinians who live off the water grid altogether, daily consumption hovers at around 30. That’s just 10 percent of the Israeli figure.

Both figures are well below the minimum 100 liters per day recommended by the World Health Organization. While Israelis are watering their lawns and swimming in Olympic-sized pools, Palestinians a few kilometers away are literally dying of thirst.

This inequality has deep roots — and it’s no accident.

Almost immediately after the creation of Israel in 1948, the fledgling country took comprehensive action to secure control of the region’s water. These policies were ramped up again following the 1967 Arab-Israeli war, when Israel first assumed control of the Palestinian territories.

That year, the Israeli armed forces issued Military Order 92 — an initiative that put Palestinian water resources under Israel’s military jurisdiction. This was shortly followed by Military Order 158, which required Palestinians to obtain permits from the military in order to build new water infrastructure. If they built new wells, springs, or even rain-collecting containers without Israeli permission, soldiers would confiscate or destroy them, often without prior notification.

These orders, among others, remain on the books to this day. They form the basis for the administration of water access for nearly 4.4 million Palestinians. Although control of water resources is now officially the domain of Mekorot, Israel’s national water company, Israeli forces routinely perform operations with the explicit intent of destroying Palestinian water infrastructure.

A Veneer of Legality

Decades of peace negotiations have done little to grant Palestinians sovereign control over their resources.

Even after the Oslo Accords of the early 1990s, which were supposed to grant the Palestinians some semblance of political agency in the territories, water access remains limited. In fact, the accords simply codified the unfair distribution of water in the region, imbuing these flagrantly harmful practices with a veneer of legality.

Even in Palestinian-administered portions of the West Bank, Israeli troops regularly demolish rain cisterns, pipelines, and agricultural water structures. The Palestinian human rights group Al-Haq has meticulously documented a number of these instances, compiling them in a report examining the extent of the hardship these operations cause to West Bank residents.

One case study detailed the destruction of a farmer’s well in a village east of Jenin. His well, along with five others in the area, was destroyed by the military under the pretext that it had been built without proper authorization by Israel — despite the fact that an Israeli permit is supposedly not needed in the Palestinian-administered Area B of the West Bank, where these villages are located.

These operations showcase the coordination between civil and military channels to restrict Palestinian access to water, a system that’s been startlingly effective in its goal.

Even when Palestinians attempt to go through the “proper” Israeli channels, they’re met with innumerable obstacles. Two regulatory organizations — the Joint Water Commission (JWC) and the Israeli Civil Administration — have created a bureaucratic nightmare for West Bank residents attempting to acquire permits to either build new instillations or repair the region’s floundering infrastructure. Both organizations are capable of vetoing petitions without explanation, creating a system that prevents Palestinians from maintaining consistent and comprehensive water access.

Meanwhile, access is severely curtailed even where Palestinians have permission to pump water. The most striking inequality lies in the division of the Mountain Aquifer, the only underground aquifer that Palestinians in the West Bank are allowed to access. Despite being the sole source for the territory, Palestinian extraction is limited to 20 percent of the aquifer’s total capacity. Israel, on the other hand, has access to 80 percent of the aquifer’s water — a stunningly unequal distribution, considering it also has unfettered access to the region’s remaining aquifers and the Jordan River.

California’s drought has captivated U.S. audiences, sparking concern and calls to action to prevent ecological disaster in the face of natural causes. On the subject of Israel’s deliberate drought, however, media attention has been virtually nonexistent.

This crisis has become the norm for Palestinians for decades now, though its severity continues to increase as water becomes more scarce. The UN estimates that due to Israel’s siege, the Gaza Strip will be uninhabitable by the year 2020. Though the West Bank is relatively well-off in comparison, the water crisis there has resulted in severe economic hardship for hundreds of thousands of Palestinians, a situation that’s not conducive to long-term stability in the region.

This water disparity is emblematic of the power disparity between Israel and Palestine — a gulf that seems wholly unrecognized during regional peace talks. In order to have a diplomatic solution to the Israeli-Palestinian question, both parties must enter negotiations on an equal playing field. This is only possible once Israel’s occupation in the West Bank is dismantled, and Palestinians are given access to the water resources they need in order to live their lives with dignity.

Laith Shakir is a fellow of the Next Leaders program at the Institute for Policy Studies in Washington, DC.