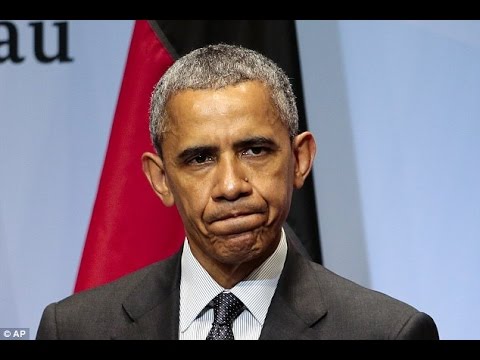 “President Obama said Monday the United States does not have a complete plan to train and equip Iraqi forces to fight the Islamic State in Iraq and Syria (ISIS), saying Baghdad needs to show a greater commitment to building a fighting force.

“We don’t yet have a complete strategy,” Obama told reporters during a news conference at the G-7 summit of leading industrial nations in Germany.
Obama’s comments are a surprising admission nine months into the U.S.-led coalition’s campaign against the terror group.

Earlier on Monday, the president pledged ramped-up assistance to Iraqi forces during a meeting with Prime Minister Haider al-Abadi, who has pleaded with coalition partners for more military and intelligence backing.

The president said the Pentagon is working on a plan to increase the flow of weapons and provide more training to Iraqi forces so they can keep pace with ISIS fighters, who have made recent gains, including taking the key city of Ramadi.

But Obama also called on the Iraqi leader to do more to recruit fighters to government forces and Sunni militias fighting ISIS extremists.

“What is fair to say is that all the countries in the international coalition are prepared to do more to train Iraqi security forces if they feel that additional work is taken advantage of,” he said.

Obama said the Pentagon has yet to submit a “finalized” plan “because it requires commitments on the part of the Iraqis as well about how recruitment takes place, how that training takes place.”

All CBS News: “Obama: We don’t have a “complete strategy” against ISIS”