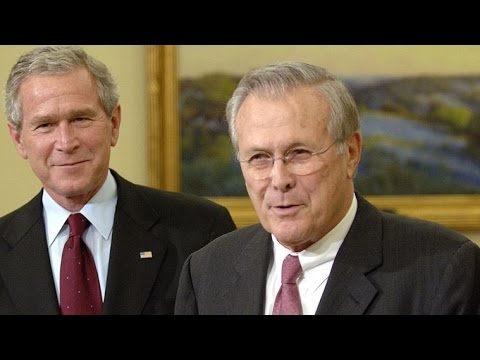 “Donald Rumsfeld said George W. Bush was wrong about Iraq in a recent interview with British newspaper The Times where the former Secretary of Defense called the Bush administration’s efforts to push democracy on Iraq “unrealistic”. In the interview, Rumsfeld, a key player in the decision to invade Iraq following 9/11, also expressed his view that western leaders were not doing enough to combat the growing threat of ISIS. We look at Rumsfeld’s efforts to blame Bush for Iraq War failures on the Lip News with Mark Sovel and Elliot Hill. ”