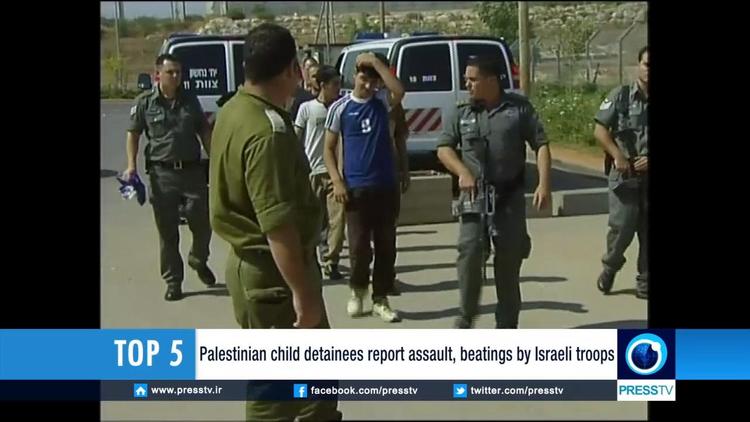 A human rights group submitted, on Wednesday, a report to UN about Israeli torture and mistreatment of Palestinian children.

Military Court Watch (MCW) lodged the submission with the UN Special Rapporteur on Torture and other Cruel, Inhuman or Degrading Treatment or Punishment, annexing over 300 pages of evidence relating to the treatment of children held in Israeli military detention.

The MCW said, according to Days of Palestine, that the evidence included the cases of 200 minors detained by the Israeli military in the West Bank between January 2013 and May 2015.

Following a review of the evidence, the submission confirmed an earlier finding by UNICEF that “the ill-treatment of children, who come in contact with the military detention system, appears to be widespread, systematic and institutionalised.”

“This finding is based on recent evidence that shows that intimidation, threats, verbal abuse, physical violence and the denial of basic legal rights are still commonplace within the system,” MCW said.

Based on data provided by the Israeli military and the UN, the submission estimated that since martial law was imposed in the West Bank 48 years ago, some 95,000 children have been detained, of which 59,000 are likely to have been subjected to some form of physical violence.

In addition, MCW said: “Based on the evidence, the submission also drew a link between this industrial scale abuse and the maintenance of Israeli settlements in the West Bank.

“The submission concluded that in order to enable 370,000 Israeli settlers to live in the West Bank in violation of international law without serious interference, the military is required to adopt a strategy of mass intimidation and collective punishment.”

PressTV: “Over 160 Palestinian kids arrested by Israeli troops since start of 2015”