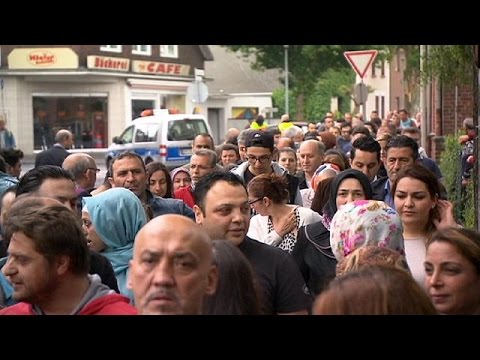 Following a month of fierce campaigning, the people of Turkey are preparing to head to the polling stations for the nation’s general election. This is set to be one of the most important elections in the history of the Turkish Republic, since its results may mean political overhaul. On June 7, the people will decide whether the ruling Justice and Development Party (AKP) will win an absolute majority, or be required to form a coalition government for the first time since coming to power in 2002.

Turkey is a secular parliamentary democracy. Legislative power is vested in the Turkish Grand National Assembly, while executive power is exercised by the prime minister and the Council of Ministers. Turkey also has a president whose role, at present, is largely ceremonial.

The make up of the national assembly is determined using a system of proportional representation. Political parties must win a minimum of 10% of the national vote in order to take up any seats: the highest electoral threshold of any country in the world.

The assembly is composed of 550 deputies, elected every four years. The prime minister is usually the leader of the political party which has the majority of the seats, or can form a majority coalition government. At the moment, the assembly consists of the AKP with 327 seats, the Republican People’s Party (CHP) with 135 seats, the Nationalist Movement Party (MHP) with 53 seats, as well as 35 independent deputies, who are part of a leftist umbrella organisation called the People’s Democratic Congress (HDK).

Ahmet Davutoglu – leader of the AKP – currently serves as prime minister. Davutoglu was foreign affairs minister between 2009 and 2014, under the leadership of Recep Tayyip Erdoğan (founder of the AKP). During this period, Davutoglu’s foreign policy – aimed at ensuring “zero problems with our neighbours” – was highly regarded internationally.

In 2014, amendments were introduced to the country’s 1982 constitution, dictating that the president would be directly elected for a five-year term. Former prime minister Erdoğan went on to be voted in as president in August 2014.

The official election campaign began in May 2015. The key players in this election include all the usual mainstream political parties. The exception is the pro-Kurdish People’s Democratic Party (HDP) – the political wing of the HDK, formed in 2012 – which is entering the general election for the first time.

As party leaders, the AKP’s Davutoglu, the CHP’s Kemal Kilicdaroglu, the MHP’s Devlet Bahceli and the HDP’s Selahattin Demirtas are all key figures in this election, and have been attending public rallies up and down the country. So far, three issues have been occupying the pre-election debate in Turkey: Erdoğan’s ambitious presidential system, Kilicdaroglu’s social and economic policies and Demirtas’ liberal and inclusive policies.

As president, Erdoğan is constitutionally required to be neutral throughout the campaign. But instead, he has taken on an active role ahead of this election, overshadowing Davutoglu to promote reforms which would hand over extended executive powers to the presidency. In particular, Erdoğan is asking the Turkish people to give the AKP 330 seats in the assembly. This would give the party the three-fifths majority required to call a referendum on the constitutional changes needed to implement Erdoğan’s Putin-style presidential system.

At this election, the AKP does not appear to be offering anything new. With Erdoğan so fixated on gaining further powers for the presidency, Davutoglu is left singing the same old tune about the AKP’s record over 12 years in government. Throughout this time, the party has managed to secure a starting date for negotiations to allow Turkey into the European Union, completed huge infrastructure projects across Turkey, achieved an unprecedented economic growth, constructed airports, bridges and sky scrapers and sustained political stability.

But Erdoğan’s authoritarian style, the corruption cases brought against him and his ministers, increasing poverty levels and a weakening economy have all undermined the image of the AKP as a competent party – once victimised by the Turkish secular establishment for having religious roots – in the eyes of the public.

Meanwhile, CHP leader Kilicdaroglu – a former clerk – has chosen not to get involved in ideological exchange with Erdoğan over the question of presidential powers. In past elections, he was criticised for going head-to-head with the president over the corruption scandals that surfaced in 2013, and over Turkey’s high levels of poverty – a move which ultimately cost Kilicdaroglu votes.

Instead, he is concentrating on reaching out to the electorate. Although it may sound unrealistic, Kilicdaroglu pledges to end poverty in Turkey within four years. This does not mean that the CHP is without sensible policies: pledges to increase the minimum wage and boost the retirement pension have been very popular so far.

The newest face in Turkish politics is HDP’s co-chair Demirtas, whose personal aptitude in delivering his message of tolerance, inclusivity and a fully fledged democracy to a greater audience has taken many people by surprise. Witty, eloquent and charismatic, Demirtas’s appearance either at public rallies or on TV broadcasts is attracting not only people from different walks of life, but also people who have affiliations with the other parties.

The HDP claims to be the party of Armenians, Islamists, Alevis, workers, women, environmentalists, LGBT activists, and representative of all oppressed groups. What’s more, the deputy candidate list is a true reflection of those groups. If HDP passes the 10% threshold, it will be the first time in the history of Turkish Republic that deputies representing some of these groups are democratically elected without disguising their true identities.

But as we enter the very last days of campaigning, it is the right-wing MHP which is gaining the most attention. Support for the MHP is fed with Turkish nationalism, based on the idealism of “ülkücülük”.

The idea of “ülkücülük” emerged in opposition to the Turkish Communist movements in the 1970s. It represents a distinctive kind of nationalism, where the well-being of the state is seen as the ultimate embodiment of the nation. According to “ülkücülük”, the state’s interests are ultimately inseparable from the nation’s interest.

The MHP does put forward some progressive policies. Like Kilicdaroglu, Bahceli has promised to increase the minimum wage. The party has also pledged to officially grant Cemevis (Alevi muslims’ houses of worship) the status of official places of worship. This status has been withheld since the Turkish Republic was established in 1923, meaning that the Alevi citizens of Turkey do not have the right to worship freely or form associations in the way they wish. Turkish authorities have been heavily criticised by the EU because of this.

Given the MHP’s position of tolerance toward the Alevi of Turkey, you might expect the party to adopt a similar line on Turkey’s long-standing and deep-rooted Kurdish problem. But this where the nationalist side kicks in: the party stands against any form of resolution to the Kurdish problem, and Bahceli is particularly sceptical about talking to the Kurdish Workers’ Party (PKK).

Just like the Alevi, the Kurds have long been denied any form of constitutional rights. After nearly 30 years of fighting between the PKK and the Turkish Security Forces (TSK), the capture of PKK leader Abdullah Öcalan in 1999 and the subsequent call for a ceasefire have helped put an end to this bloody chapter in Turkish politics.

Erdoğan could be criticised for his authoritarian style, his power-hungry outbursts and his recent combative approach to peace talks with the PKK and HDP. But his valiant stance toward solving the Kurdish problem should be recognised. Up until the election campaign began, Erdoğan and the AKP had been talking to Öcalan trough the Turkish National Intelligence Organisation, and holding meetings with the Kurdish representatives to establish a solution for this problem.

If the AKP fails to gain a majority, it looks like the MHP will be the first party whose door Erdoğan and Davutoglu will be knocking on to form a coalition. As it stands, all three opposition leaders have ruled out forming a coalition with the AKP.

If Bahceli can be persuaded by the AKP, his first demand is likely to be the termination of the peace talks with the Kurds. On the other hand, if the HDP passes the threshold, people of Turkey would not only have a political party representing a range of new voices and interests, but also accelerating the consolidation of democracy in Turkey.

Gulay Icoz is a Teaching Assistant at King’s College London