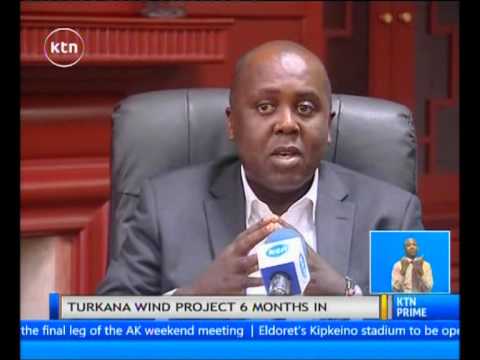 Google is in talks to invest in Kenya’s enormous Lake Turkana Wind Power Project, which will cost $700 million. The project will increase Kenya’s electricity production by a fifth, adding 300 megawatts, in a country where less than a quarter of the population has electricity. Wind power is advantageous for Kenya because it has no fuel costs.

It is expected that India will put in 48 gigawatts of new wind energy by 2024, more than half of all new wind installations in south and east Asia. That is the nameplate capacity of 48 small nuclear plants, though probably it will be the practical equivalent of about half that number. The industry benefits from government backing, though Prime Minister Modi is more enthusiastic about solar.

The German energy company, Siemens, will build 2 gigawatts worth of new wind farms in Egypt They will be sited at the Gulf of Suez and elsewhere along the northwestern coast. Egypt suffers from a substantial shortfall in electricity at the moment. Some of the components will be made in Egypt itself, demonstrating the way green energy can be a generator of jobs, as well.

Vietnam leads the ASEAN (Southeast Asian) nations in renewable energy generation. Nearly half of its electricity comes from hydro. But it also has wind farms and solar plants. It is planning a total of about 450 megawatts to be generated by the Bac Lieu wind farm.

http://www.windpowermonthly.com/article/1326888/presidential-support-escalates-wind-boom-chileChile is looking to put in 400 megawatts of new wind power *every year* from now to 2025. President Michelle Bachelet is dedicated to matching that big increase with a similar expansion of solar power.