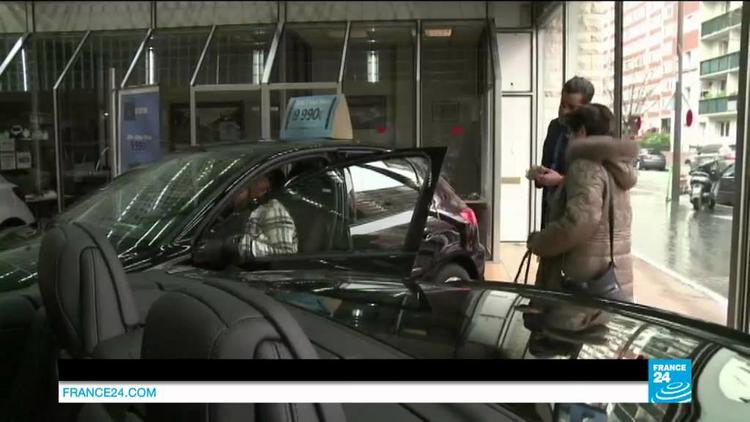 UNITED NATIONS (IPS) – The single biggest misunderstanding about the nuclear agreement with Iran is that it is a bilateral deal with the United States.

“Beware of American and Israeli politicians and commentators who claim this agreement will enable Iran to acquire nuclear weapons, or that if the U.S. Congress rejects the deal, more negotiations will deliver a better one. Sticking this non-proliferation pudding back in the oven at a higher heat is more likely to get us all burned.” —
Dr Rebecca Johnson

But still, right-wing conservatives and U.S. legislators want to dissect and delegitimise an international agreement, whose clauses include the phased removal of U.N. sanctions on Iran.

The Security Council, where the P5 have veto powers, will meet next week to adopt a resolution and thereby give its blessings to the agreement.

But pro-Israeli groups and some members of the U.S. Congress want it delayed, arguing the United States should take political precedence over the United Nations.

At a press conference early this week, Wendy Sherman, U.S. Under Secretary of State for Political Affairs and a member of the U.S. negotiating team, told reporters: “Well, the way that the U.N. Security Council resolution is structured, there is an interim period of 60 to 90 days that I think will accommodate the congressional review.”

And it would have been a little difficult, she said, “when all of the members of the P5+1 wanted to go to the United Nations to get an endorsement of this since it is a product of the United Nations process, for us to say, ‘Well, excuse me, the world, you should wait for the United States Congress.’”

“The proof of the Iran nuclear deal will be in its results,” Dr Rebecca Johnson, director of the Acronym Institute for Disarmament Diplomacy and member of Princeton University’s International Panel on Fissile Materials, told IPS.

“I’ve spent time talking with American and Iranian scientists, diplomats and also human rights defenders. None of us is naive about the hurdles still to be overcome, and yet we are convinced this agreement is a positive step forward – and much better than more years of stalemate and hostility,” she added.

“But we also have to be honest that preventing nuclear proliferation and promoting human rights doesn’t stop with that. We welcome that Iran was one of 112 Nuclear Non-Proliferation Treaty (NPT) states parties to sign the humanitarian pledge initiated by Vienna this year, to ‘fill the legal gap for the prohibition and elimination of nuclear weapons’.”

Dr Johnson said “multilateral negotiations to ban nuclear weapons as well as efforts to rid the
Middle East of all nuclear and weapons of mass destruction (WMD) have to keep going forward if we want to avoid further proliferation and nuclear threats in the future.”

Responding to the strong negative reactions from Israel, Hillel Schenker, Co-Editor, Palestine-Israel Journal, told IPS that Prime Minister Benjamin Netanyahu seems to think the deal between the global powers and Iran is “the end of the world.”

His house organ, the Yisrael Hayom freebie, financed by the right-wing Las Vegas-based casino magnate Sheldon Adelson, who is active on both the Israeli and American political playing fields, greeted the deal with the headline “An Eternally Disgraceful Deal”.

The leaders of the opposition, on the other hand, have declared that the agreement is a “bad deal”, only criticising Netanyahu for ruining Israel’s relationship with U.S. President Barack Obama and the U.S. government.

“What we are actually witnessing however is the failure of Netanyahu’s policy of fear, and the triumph of President Obama’s policy of hope,” Schenker added.

He also said, “Netanyahu was nurtured in a home dominated by his father, the late Prof. Benzion Netanyahu, whose analysis of the Spanish Inquisition led him to conclude that no matter what we, the Jews and the Israelis, do, the whole world will continue to be against us, and we can only rely on ourselves.”

This approach, he argued, is totally contrary to the approach of the founding fathers of modern Zionism, all of whom understood the importance of creating alliances with global powers.

Dr M.V. Ramana, a physicist and lecturer at Princeton University’s Programme on Science and Global Security and the Nuclear Futures Laboratory, told IPS the confrontation with Iran has been built up with very little evidence open to the public, allowing for all kinds of claims to be made.

“I hope that this deal will put an end to such Iran-bashing. In any case, I think the deal is an important step in the right direction,” he said.

The next step is for all the countries in the region to accept the same nuclear limitations as Iran – in particular, Israel, he added.

“It is high time the international community turned its attention to Israel and demand that the country eliminate its nuclear arsenal and the nuclear facilities that allow it to manufacture nuclear weapons,” said Dr Ramana, author of “The Power of Promise: Examining Nuclear Energy in India” and a member of the Science and Security Board of the Bulletin of the Atomic Scientists and the International Panel on Fissile Materials.

Dr Johnson told IPS that negotiations, like baking, involve craft as well as science – getting the timing as well as the ingredients right is crucial.

She said diplomatic persistence made the time right for this deal to be brokered, but Americans, Israelis, Iranians, Arabs, Europeans and the rest of the world have to commit to going forward or it won’t succeed.

“Beware of American and Israeli politicians and commentators who claim this agreement will enable Iran to acquire nuclear weapons, or that if the U.S. Congress rejects the deal, more negotiations will deliver a better one,” she warned.

“Sticking this non-proliferation pudding back in the oven at a higher heat is more likely to get us all burned.”

She said such erroneous claims just feed into the hard-line minority in Iran – rump factions close to former Iranian president Mahmoud Ahmadinejad – that would also benefit if this deal is rejected.

“I don’t think those commentators are so naive that they actually believe their criticisms of the deal. They don’t want Iran to come in from the cold because – for whatever political or financial reasons of their own – they have a vested interest in stoking outdated rivalries and continuing to demonise and isolate Iran.”

She also said sanctions are a blunt instrument of coercion, usually causing most harm to the most vulnerable – women and children – and playing into authoritarian cliques who want to suppress human rights and democracy.

“It will be a tragic lost opportunity if these U.S. and Iranian hard-liners succeed in derailing this constructive nuclear agreement,” she declared.

Schenker told IPS said Netanyahu’s entire political career has been based on fear-mongering, and the need for “a strong leader” to confront the dangers.

In the recent election, this was typified by his last minute declaration that “the (Israeli) Arabs are going to the polling stations in droves, being bused-in by left-wingers.”

But during his past three terms, the ultimate source of fear was the threat of the Iranian bomb, which was picturesquely presented at the U.N. General Assembly session two years ago, and with his speech before U.S. Congress last year.

The headline in today’s Ma’ariv daily (Friday, June 17), is that “47 percent of the Israeli public favour a military attack on Iran following the signing of the agreement”, despite the fact that virtually the entire leadership of the Israeli military and security establishment is opposed to such an attack.

The survey results are clearly the product of the fears generated by Netanyahu and his allies, and much of the mainstream media commentators. However, alternative, calmer voices are also being heard, Schenker noted.

Many Israeli observers wonder why Netanyahu thinks he can still go against the entire international community, with the aid of his Republican allies in the U.S., given that they have no chance to overturn a presidential veto of any obstructionist resolution that they may pass.

As President Clinton once said after his first meeting with Netanyahu back in 1996, “Who does he think he is? Who’s the superpower here?”