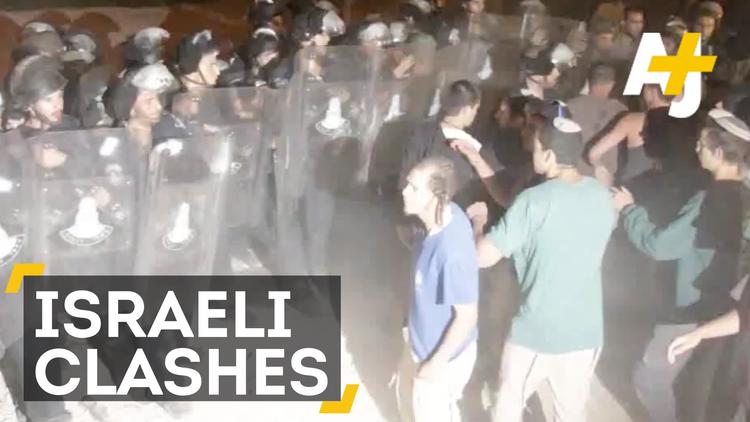 NABLUS (Ma’an ) — Israeli settlers killed a Palestinian toddler and injured four others early Friday morning after settling their home ablaze in the village of Doma near Nablus in the occupied West Bank, local sources said.

His mother and father, Riham and Saad, and their son Ahmad, 4, also sustained injuries and were evacuated to a nearby hospital, Daghlas said, adding that their home was left completely burned.

The Israeli settlers from nearby settlements also attacked and partially burned a home belonging to Maamoon Rashid Dawabsha, and sprayed racist graffiti across both homes, Daghlas added.

The homes were located near the main entrance to the village and the settlers were able to flee the scene quickly before residents identified them, Daghlas added.

Musallem Dawabsha, 23, told Ma’an: “we saw four settlers running away keeping distance between each other. We tried to chase them but they fled to the nearby Maale Efrayim settlement.”

A young woman who lives nearby the attack said that she saw the settlers smash windows of the homes before throwing flammable liquids and molotov cocktails inside.