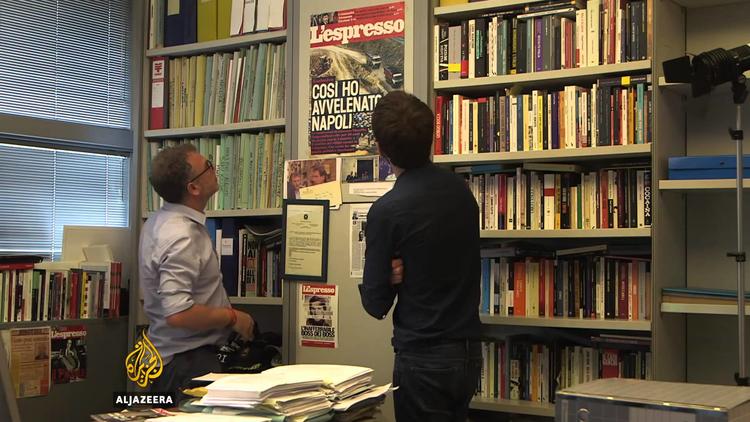 Islamic State (IS) has claimed responsibility for a powerful car bomb detonated outside a state security building in northern Cairo which injured 29 people, including six policemen. The Egyptian ministry claimed that: “A man suddenly stopped his car in front of the state security building, jumped out of it and fled on a motorbike that followed the car”.

IS immediately took credit for the attack. In an online message, it said its “soldiers of the caliphate were able to strike the state security building in the area of Shubra al-Kheima with a car full of explosives.”

This attack is an attempt to take the battle to the capital and to pose a more direct threat to the Egyptian security establishment – an effort that so far has been largely confined to the Sinai Peninsula.

IS’s presence in Egypt has so far been limited to a Sinai-based affiliate group, Sinai Province (SP), which first emerged on the peninsula in 2011 under the name of Ansar Beit al-Maqdis (Supporters of Jerusalem). It changed its name to SP after it pledged allegiance to IS in November 2014.

When SP initially emerged, its main priority was to attack Israel with rockets. But after Muhammad Morsi was ousted from power in 2013 and the police began a massive crackdown on his supporters, the group shifted its focus to Egypt’s security services.

SP retaliated with a series of attacks on the police and assorted high-level assassination attempts. It claimed responsibility for one such attempt on the interior minister, Muhammad Ibrahim, in September 2013. In June 2015, Egypt’s top public prosecutor was killed by a car bomb attack on his convoy, making him the most senior state official to die at the hands of militants since the Morsi government was toppled.

All the while, SP has been growing. No longer a small urban terrorist group, it has morphed into an effective insurgency with about 1,000-1,500 active members. It has access to anti-aircraft surface-to-air guided missiles with which to shoot down helicopters, anti-tank guided missiles, various improvised explosive devices (IEDs) and heavy machine guns, which have been proudly displayed in propaganda videos.

SP aims to take over the Sinai and turn it into part of IS’s self-proclaimed caliphate – and its increasingly complex and sophisticated attacks imply that it is co-ordinating closely with the IS leadership. SP attacks have involved suicide bombers supported by direct and indirect fire – tactics widely used by IS in Syria and Iraq.

Although Egypt has battled Islamic militants for decades, never has a group been able to retain territory or obtain weapons on this scale, nor to use them to such effect. On July 1, SP executed its most sophisticated wave of attacks yet, targeting 15 military and security posts. In the course of this campaign, 300 SP militants briefly occupied the town of Sheikh Zuweid.

Egypt’s military operations in the Northern Sinai have yet to show much promise. More than 5,000 homes situated along Egypt’s border with the Gaza Strip were destroyed to create a buffer zone, but this was interpreted as a collective punishment for families of suspects.

Instead of working with residents who had already been marginalised for years, the military has treated them as potential collaborators with SP, something that has been met with understandable resentment. The upshot is that the military has unintentionally transformed what was once a small and limited security problem into a strong insurgency with close ties to IS.

A few weeks before the attack in Cairo, SP kidnapped and decapitated a Croatian national, Tomislav Salopek, who had been working in Cairo at the time. Salopek was the first Westerner that SP had ever kidnapped from the capital – and, of course, attacks on Westerners generally draw more international attention than attacks on Egyptians.

If IS is redirecting its operations to focus on Cairo it will greatly up the ante. Until now, the majority of SP and IS attacks on Eyptian security forces took place on the coastal road between el-Arish and Rafah in the north-east of the Sinai.

Despite the lack of actual deaths in Thursday’s car bombings (or none that have been reported so far) the attack illustrates that the Egyptian security establishment’s anti-terror strategy desperately needs to be reformed.

Natasha Ezrow is Senior Lecturer at University of Essex

Natasha Ezrow is Senior Lecturer at University of Essex