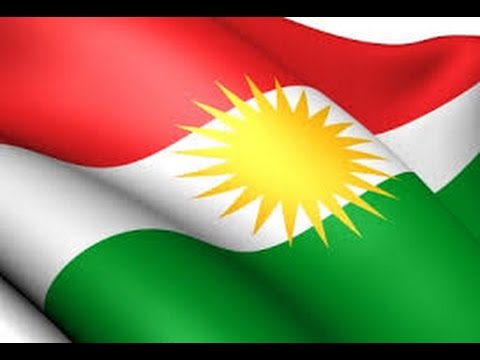 As the issue of Iraqi Kurdistan’s vacant presidency heats up, delegations from the US, Turkey and Iran have all visited to have their say. But what do they really want?

The current Iraqi Kurdish presidency officially ended yesterday. Massoud Barzani, who heads the Kurdish Democratic Party, or KDP, has held the post for a decade now. For eight of those years he was a legally elected representative and for the past two he has served after his term was extended by the Iraqi Kurdish Parliament.

Iraqi Kurdistan is a semi-autonomous region in the north of Iraq and has its own borders, military and parliament and the Barzani family are in charge of many aspects of the region’s system.

Despite this – or perhaps because of this – the issue of Barzani’s ongoing presidency is an extremely sensitive one, not least because Iraqi Kurdistan purports to be a democracy. If Barzani stays in power, all those claims that Iraqi Kurdistan is actually his fiefdom or a sultanate will be hard to argue with.

Politicians inside Iraqi Kurdistan are trying to resolve the issue. Other than Barzani’s own KDP, one of the two most popular and powerful parties in the region, all other political actors want him to step down.

Barzani’s party, the KDP, has 38 seats in the 111-seat [Kurdistan] Parliament here and they say the President should stay on until elections are held and Iraq’s security crisis has ended; the region needs a strong leader at a time like this, they argue. However all other major parties – the Change movement with 24 seats, the Patriotic Union of Kurdistan with 18 seats, the two Islamic parties with 16 seats together – think Barzani should go.

But of course, who runs Iraqi Kurdistan is also of importance to the region’s neighbours, Iran and Turkey, and other foreign powers like the US. And in the space of less than two months, there have been visits by delegations from Iran, Turkey and the US, ostensibly to discuss this issue and to encourage a solution that benefits the visitors best.

Turkey has many interests inside the region, related to security and the economy. Unofficial estimates put the volume of trade between Iraqi Kurdistan and Turkey at around more than US$12 billion. And from a strategic point of view, Turkey believes that Iraqi Kurdistan can be it’s gateway to the Middle East and it has put a lot of effort into increasing its influence there; Turkey also competes with Iran along these lines.

It is well known that Turkey is closer to the KDP than any other Iraqi Kurdish political party and that it considers the areas of Dohuk and Erbil, its spheres of influence. Its second-best political friend is the Kurdistan Islamic Union, or KIU, a smaller islamic party in Iraqi Kurdistan. In fact, some insiders say Turkey has been encouraging the two parties to join forces on the issue of the presidency.

At the end of June, a delegation from Turkey’s Ministry of Foreign Affairs, headed by Feridun Ihsanoglu, was in Iraqi Kurdistan for two days. Insiders say their purpose was to discuss the presidency. They met with Barzani, his nephew Nechirvan Barzani, the region’s Prime Minister and the head of the Kurdistan Islamic Union, Mohammed Faraj. They then headed to Sulaymaniyah – which is not as much within the Turkish sphere of influence because it is mostly controlled by Kurdistan’s other ruling party, the Patriotic Union of Kurdistan, or PUK – where they met senior members of the PUK and another party, the Change movement.

The PUK is closer to it’s Iranian neighbours than it is to Turkey. And although the PUK’s influence has been waning over the past few elections for various reasons – including the illness of the party’s leader and senior members breaking away to form the Change movement – Iran is still hoping to cement it’s influence in the Iraqi Kurdish region through the PUK.

And Iran has been trying particularly hard to ensure that the PUK gets a larger share of power both during and after decisions are made about the future of the presidency. There have been two delegations in Iraqi Kurdistan in the past month, although one was apparently less official.

The first delegation was led by Iran’s ambassador to Iraq, Hassan Danaii Fir, and arrived in early August. During the two-day trip the delegation met with senior members of the same parties that the Turkish delegation had met with; the KDP, KIU, PUK and the Change movement.

Following this visit there was another more clandestine delegation, this time led by none other than the infamous Qasim Soleimani, a senior military commander who is known as one of Iran’s most secretive, most influential envoys. The visit wasn’t announced in local media and Soleimani’s delegation quietly met with the Kurdish President, the Prime Minister and a delegation from the PUK party.

“The main reason for the visits was to discuss the presidency,” confirms Mohammed Tawfiq Rahim, the coordinator of diplomatic relations for the Change movement. “During the meetings with the Iranian and Turkish delegations, we discussed this particular issue.”

It would appear that Turkey wants the issue resolved in the interests of the KDP while Iran wants a solution that doesn’t harm or degrade the PUK’s interests.

“The Iranian and Turkish delegations have taken two directions,” Abu Bakr al-Karawani, a local political analyst, told NIQASH. “The first direction sees them interfering in the internal affairs of the region to protect their own interests and the second direction has them pushing their favourite political parties in the region.”

These neighbours have always played a significant role in Iraqi Kurdistan, al-Karawani concludes, and they continue to do so today.

In turn, the US also wanted to have a say on the matter. On August 6, a delegation that included US Special Envoy, Brett McGurk, the US Ambassador to Iraq, Stuart Jones, and the new US Consul General in Erbil, Matthias Mettmann. This delegation met the same officials that the Iranian and Turkish delegations had met earlier.

“None of the delegations asked us to retain Barzani as president,” confirms Emad Ahmad, a senior member of the PUK and a spokesperson for the party. “From what I know, the Iranian, Turkish and US delegations all wanted one thing: They don’t want the issue of the presidency here to have an impact on security inside Iraqi Kurdistan.”

“They do not want the issue of the presidency to cause problems between the different parties,” agrees Mohammed Tawfiq Rahim, the coordinator of diplomatic relations for the Change movement.

The PUK and the KDP have a long and chequered history – at one stage, the two parties were fighting for control of Iraqi Kurdistan and even today the region is basically split into two zones of influence, with the PUK in charge of the area around Sulaymaniyah and the KDP in charge of the areas around Erbil. If there is a political power struggle, there are some fears that those old enmities will be revived.

Al-Karawani believes that this is exactly why all Iraqi Kurdistan’s friends and neighbours have been showing up for talks; all of them have important interests in the area and nobody wants that jeopardised.

“This is why other nations are trying to find a solution for all the parties, instead of splitting them further apart,” al-Karawani argues.

Whether such external influence is good for Iraqi Kurdistan is another question, he notes. Then again, it seems unlikely that political parties with such oppositional and black and white views – should Barzani stay or go? – would be able to come to an agreement without some pressure from outside.