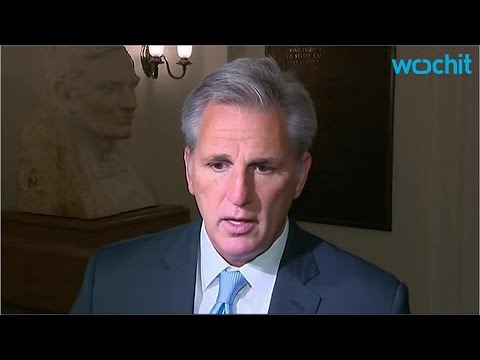 We have been bombarded with a great deal of punch and counterpunch with regard to the nuclear deal reached between Iran and 5+1 countries. It is somewhat difficult to separate facts from fictions, especially when it comes from fear-mongers/warmongers who oppose the deal. Here are some general clarifications.

First of all it is a narrow deal. It is only about nuclear proliferation and has nothing to do with the normalization of relations between Iran and the US. Therefore, while important, freedom of American citizens jailed in Iran for whatever reasons, legitimate or otherwise, was not a part of the negotiation and therefore is not included in the deal. It is one of those diplomatic undertaking that no one can claim credit for pursuing it and when it is done and achieved people usually dismiss it as a part of the job. Nonetheless, from what we can understand both FM Zarif and Secretary Kerry have been doggedly poking relevant respective authorities to get them released and take the subject off the table so they can have a better environment for other important bilateral and multilateral affairs.

On another front, some people expect or expected that Iran would tuck tail and resign from politics and international activities to achieve this deal, which is, to say the least, foolish expectation. Iran’s involvement in financial, moral, spiritual, and material connection with Hezbollah of Lebanon, Hamas of Gaza, Houthis of Yemen, Al-Wefaq National Islamic Society of Bahrain, and Bashar Al-Assad of Syria were not on the table either. It is important to understand that Iran, just like any other country, was and will remain a player in the region irrespective of the deal and its fate in the US congress. Iran will, as any reasonable intelligent individual would expect, pursue its national interests, which may or may not please Saudi Arabia, Turkey, and/or Israel. These pursuits might include support for some groups or individuals similar to what Saudis, Turks, or Israelis are doing ̶ not to mention what Britain, France, Russia, China, and the US are doing throughout the world.

Even though Israel’s PM Netanyahu has been pretending to be the omniscient foreteller of the world above and beyond everyone else in the last couple of decades, he has been wrong and misleading at every important juncture. He was wrong on Iraq when he said removing Saddam would bring peace and tranquility to the region, he has been wrong on Iran then and now by repeatedly saying Iran is 2-3 months away from testing a nuclear device. Something that we know now has been baseless, to say the least.

Republicans in their unbelievable personal hatred of President Obama have gone beyond party politics and have united with right wing Jewish-American groups such as AIPAC and have been promoting and elevating PM Netanyahu to be their supreme leader and superior to our own President in determining what is good for the US national interests. It seems like Republicans have abrogated their oath of office and have ceded their constitutional responsibilities to the Israeli PM.

It is understandable for PM Netanyahu to ignore his detractors but it is unimaginable that Republicans ignore, to the detriment of US national security interests, all the independent security, military, diplomatic, and scientific experts who support the deal, This exclusions is not confined to the Americans. The substantial number of Israeli intelligence and security personnel who do not fall in line with Netanyahu’s ideology are also ignored and excluded.

Finally, the media as a whole are beating the drums of war as if they have not learned from their past experiences, when they were railroaded into cheerleading American wars in Iraq and Afghanistan. Today, again and in a similar fashion and ferocity, they are demonizing Iran, which is a prelude to a war. They are repeating and rehashing old allegations against Iran from two and three decades ago, which are no more relevant to today’s US-Iranian relationship than are the past dastardly deeds committed by the US with regard to the Iranian people (e.g. the 1953 CIA coup).

So, what are the reasons for all this ferocious oppositions from PM Netanyahu, King Salman of Saudi Arabia, and Republicans all about? Israel and Saudi Arabia are doing what they are lecturing Iran not to do. They are playing power politics. They are happy and content with the status quo. They are afraid of a strong and assertive Iran in that neighborhood. They do not want a change in the balance of power. Therefore, rather than trying to accommodate the situation, they are trying to sabotage a positive change for Iran and the US with potentially positive externality for the region and the rest of the world. They believe there is no positive-sum game and still living in old mercantilist zero-sum game time warp.

Republicans on the other hand, are playing politics with the American national interests, which is unfortunate. The GOP lawmakers are abdicating in an unprecedented way their own responsibility to represent the American public in favor of following the lead of a foreign power. It is unprecedented in the history of the US. This will come back to haunt them in the future. I hope they are not successful in damaging American standing and prestige in the world beyond repair. Time will tell.

Hamid Zangeneh is Professor of Economics at Widener University and an Iran Specialist.