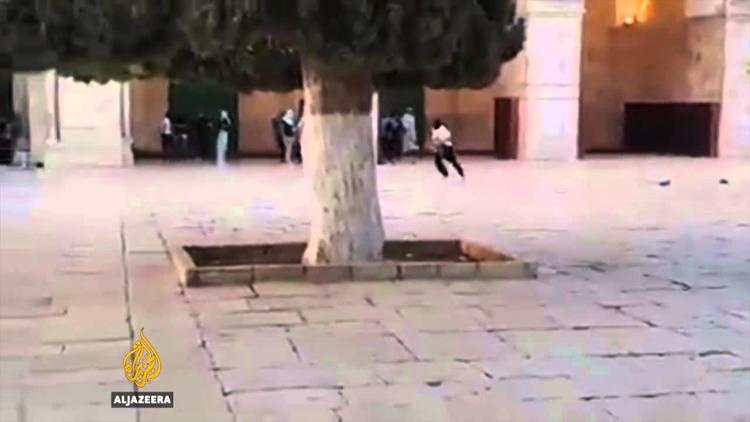 Both parties discussed the latest political developments, including Israel’s persistent assaults and escalating incursions and violence on the Al-Aqsa Mosque compound (Al-Haram Al-Sharif) and its Palestinian worshipers.

Dr. Ashrawi said, according to the PNN: “Israel is playing with fire. Clearly, Israel is deliberately creating and escalating a situation of instability, insecurity and violence, thereby incrementally assuring by force its power/security control in preparation for the total annexation and transformation of Al-Haram Al-Sharif.

“By imposing its own version of its concept of the Temple Mount on the third most holiest Islamic site, Israel is not only provoking the Palestinians, but the entire Muslim world.

We call on the international community, including Arab countries and Muslim states, to intervene immediately before Israel succeeds in launching a global holy war.”

The meeting also focused on the building of the annexation wall in the Cremisan Valley, and in the context of the 2004 International Court of Justice Advisory Opinion on the Wall, Dr. Ashrawi stressed, “Such Israeli actions constitute war crimes, and this grave matter should be handled by the International Criminal Court as soon as possible.”

In addition, both Dr. Ashrawi and Dr. McPhail discussed the projected PNC meeting, the meetings to be held on the periphery of the United Nations General Assembly meetings, and future Palestinian moves, as well as what is expected from the international community given the gravity of the current situation and Israel’s destruction of the chances for peace and the two-state solution.

Dr. Ashrawi concluded, “It is time that all countries that have not done so recognize the State of Palestine and begin to enforce sanctions on Israel for its persistent violations.”