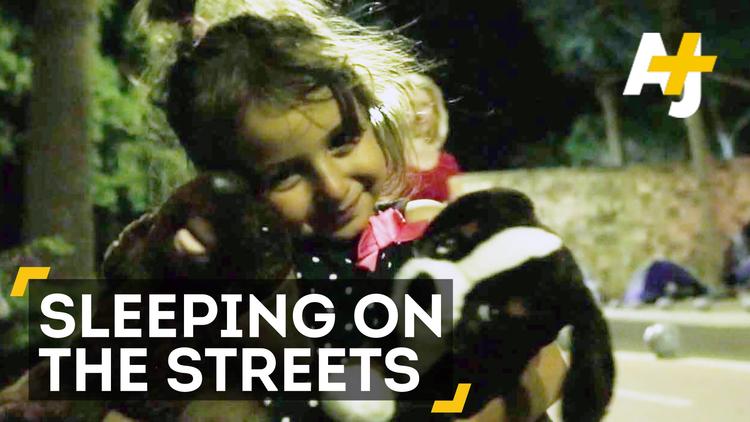 Iraq’s security crisis means that if you are “different”, you may be a threat to militias ruling the streets now. Would-be asylum seekers tell NIQASH why they want to leave Baghdad, despite good jobs and nice homes.

Europe is dealing with an influx of refugees from places like Syria, Afghanistan and Eritrea. But the continent should also expect a rising number of Iraqis. The current security crisis in Iraq caused by the extremist group known as the Islamic State has not just distorted the lives of millions north of Baghdad. It has also given unofficial militias, made up mostly of Shiite Muslim volunteers, unprecedented power on the streets of Baghdad and in almost every other city. The militias, who have played a key role against the Islamic State, or IS, group, have fought bravely but their increased presence has also meant nerve-wracking pressure on both the government and the people of Iraq.

While their lives have not changed that much in easily quantifiable ways yet, many young, Iraqi males, who are not affiliated, emotionally or practicably, with any of the militias, have started to feel threatened. Any small disagreement with the wrong people could have enormous implications. Any signs of discontent at the militias’ actions could lead to accusations that they are loyalists to former dictator Saddam Hussein or, even worse, an IS group sympathizer.

Any small disagreement with the wrong people could have enormous implications.

Today in Baghdad if you are a young man who is at all different from what is considered the norm or you disagree with the morality or the doctrine of the Shiite Muslim militias, you might have a big problem. And that is whether you are overtly different – for example, you’re an atheist or you’re gay – or if you’re just subtly different; you may be Shiite or Sunni and hold more liberal views. These days even these gentle distinctions might push you to consider running for your life, and even putting it at risk while doing so, before it’s too late.

Unless something drastic and positive happens in Iraq soon – which seems unlikely – this urge to run will not change. The danger is real. And mothers who always opposed the thought of their loved ones leaving the country cannot say “no” anymore.

Having said that though, cases like the following are going to make it even more difficult for the European bureaucrats who will eventually process Iraqis’ asylum applications. Are these people economic migrants looking for a better future? Or are they refugees seeking asylum because they fear for their lives?

Ali Hassan was working in construction in Basra. He comes from a Shiite Muslim background but just like any other young, liberal guy in Baghdad, he does not feel safe in the militia-occupied city. “The fear is based on reality,” says Hassan, who is fairly open about the fact that he considers himself an atheist. “And we are continuously seeing signs that the tipping point of a conflict between Iraq’s civil society and the xenophobia of the Shiite militias is approaching. There are people who died that would still be alive if they had left the country earlier. That’s what I’m going to do.”

Hassan told NIQASH he was going to try the backpacker’s trail to escape Iraq. A few days later he deactivated his Facebook account and nothing has been heard from him since.

Ali Ahmed is a 21-year-old student and he is currently saving money for the expensive journey to the north-western part of Europe. “I regret not working during the summer holidays now,” says Ahmed, who attends university and speaks good English. “Now I don’t have any savings. No matter where I am, I am going to lose. Whether it is about surviving the brutality of Baghdad’s new kings of the street or whether I got the chance to leave here with a group of my friends, who have since made it to Germany.”

It is about surviving the brutality of Baghdad’s new kings of the street.

Ahmed is from a middle class family with a Sunni Muslim background but his name – Iraqis are often named depending on which sect they come from – is not distinctively Sunni enough to put him in immediate danger. He still fears for his life though.

“I don’t think that people in the West need reminders on how dangerous it is to be an individual with a different sexual orientation in such a religious and intolerant community,” says another young Iraqi man, who identifies as homosexual and who wouldn’t give his name for security reasons. “Even the people closest to me may not accept the reality of my [sexual] orientation. And here outlaws or militia men act as vigilantes, chasing [and beating] LGBT [lesbian, gay, bi-sexual or transgender] people, even killing them publicly with the blessing of the masses on social media, while the intellectual elite keep silent.”

The young man responded seriously to a joke about the mobile dating application, Grindr, that is used worldwide by the LGBT community. The fact that there are fewer and fewer Baghdad-based users on Grindr is actually a pretty good indicator that people from this community are leaving in droves, he says.

“But even the fact that I work in a company that has connections to the US and that my family is well off financially is enough to compromise me,” the young Iraqi then noted. “I’ve been trying for almost a year to get out of the country in all the legal ways possible. But I think now it’s time to take the hard way.”

“I constantly feel that I’m personally targeted and I can’t leave the house or my office without checking if I’m being tailed or not,” says another young Iraqi, who did not want to give his name for security reasons; this 30-year-old is also well educated and comes from a Shiite Muslim background. He has a stellar Curriculum Vitae, from working at a number of NGOs in Iraq, and he gets a relatively good pay check at the end of every month. Yet he lives in fear of his life for what he considers well-founded reasons.

“I imagine the day that I will meet the asylum officer and he may not understand my genuine fear, or how I’m constantly compromised just because I did not get out of Iraq earlier,” the young man says. “It feels like buying tickets to a show. Because I arrived a bit later, I don’t deserve to be granted asylum – and it is OK if I die in Baghdad now.”

AJ+: “Iraqi Refugees Are Sleeping On The Streets In Greece”