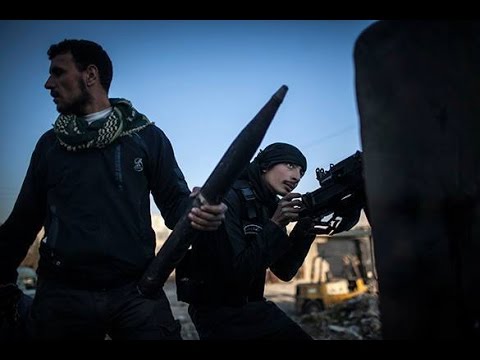 MOSCOW — More than two-thirds of Russians oppose sending troops to Syria to prop up President Bashar al-Assad’s government, while a majority approve of Moscow’s use of diplomatic and political channels to help its embattled ally in the Middle East, according to a respected independent pollster.

At a time when the Kremlin has been ramping up its military presence in Syria, its largest deployment outside the former Soviet Union in decades, the poll by the Levada Center found that only 14 percent of Russians believe Russia should provide “direct military support” for the Syrian government by sending in troops.

The poll results were published on Moscow-based Levada’s website on September 28, the same day that President Vladimir Putin said in New York that sending ground troops into combat in Syria was “out of the question.”

Many Russians remain mindful of the losses suffered by the Soviet Union in Afghanistan, where some 15,000 of its troops were killed during a war of occupation in 1979-89, and are wary of sending soldiers abroad. Putin denies Russia has sent troops to fight in the conflict in eastern Ukraine, despite what Kyiv and NATO say is overwhelming evidence.

The Levada poll said that 69 percent either firmly oppose or probably oppose deploying troops to help the Syrian leadership, while 67 percent back Russian “political and diplomatic support” for Assad’s government.

It said that 43 percent support providing Damascus with weapons and military consultation — as Moscow has been doing throughout a more than four-year conflict that has killed some 250,000 people — while 41 percent oppose it.

The raging civil war in Syria and the rise of the militant group Islamic State (IS) were key issues at the UN General Assembly on September 28, with Putin and U.S. President Barack Obama — who met for 90 minutes after their speeches at the General Assembly — laying out starkly different visions of the resolution of the crisis.

Obama called for a political transition to replace Assad, while Putin said Russia believes his government is crucial to the fight against IS militants and it would be an “enormous mistake” to refuse to cooperate with Damascus.

Putin said the Kremlin was open to joining an air campaign against IS.

The Levada poll found that 39 percent of Russians approve of the Kremlin’s policy on Syria, while 11 percent disapprove and one-third — 33 percent — said they had no interest in the issue.

Levada said that of those respondents who are aware of recent developments in Syria, 36 percent said their sympathies were with Assad’s government while 10 percent said they sympathized with the opposition and a plurality — 39 percent — said they favored neither side.