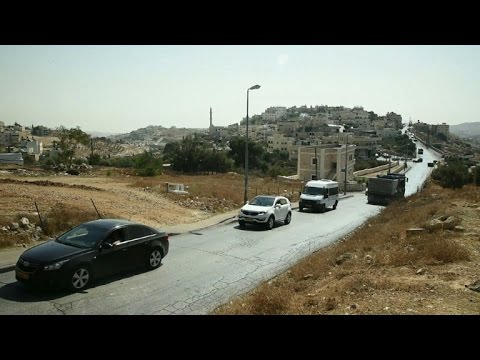 JERUSALEM (Ma’an) — Several Palestinians were detained and checkpoints were set up at the entrances to Palestinian neighborhoods on Wednesday as Israeli officials launched punitive measures across occupied East Jerusalem following a string of attacks.

Al-Hummus added that the forces were issuing citations to Palestinian drivers at random. Israeli security also inspected several Palestinian youths and students in “humiliating” ways, forcing them to take off their clothes, he added.

Israeli forces have also been deployed in and around the Old City in a bid by Israeli authorities to curb rising violence in the city.

An Israeli police spokesperson had no comment on Wednesday’s security measures.

Earlier, Israel’s security cabinet announced that Israeli police are now entitled to “impose a closure on, or to surround, centers of friction and incitement in Jerusalem, in accordance with security considerations,” according to reports by Israeli news site Haaretz.

The cabinet also gave approval for the revocation of residency status for Palestinians who carry out attacks as well as the police closure of occupied East Jerusalem.

Israeli army reinforcements are being sent to aid police in cities and main roads, and 300 security guards are expected to be stationed on and around public transportation.

Israeli rights group B’Tselem has called the Israeli government’s response to recent escalation in the area as “the very inverse of what ought to be done” in realistic efforts to stop current violence.

“The events of recent weeks cannot be viewed in a vacuum, isolated from the reality of the ongoing, daily oppression of 4 million people, with no hope of change in sight,” the group said in a statement on Tuesday.

At least seven Israelis and 30 Palestinians have been killed in violence that has escalated since the beginning of October.

Three-hundred and sixty Palestinians have been shot with live fire, 932 with rubber-coated steel bullets, and 2,365 have been injured by tear gas since Oct. 1, the Red Crescent said.

Dozens of Israeli have been injured in Palestinian attacks, mainly stabbings.