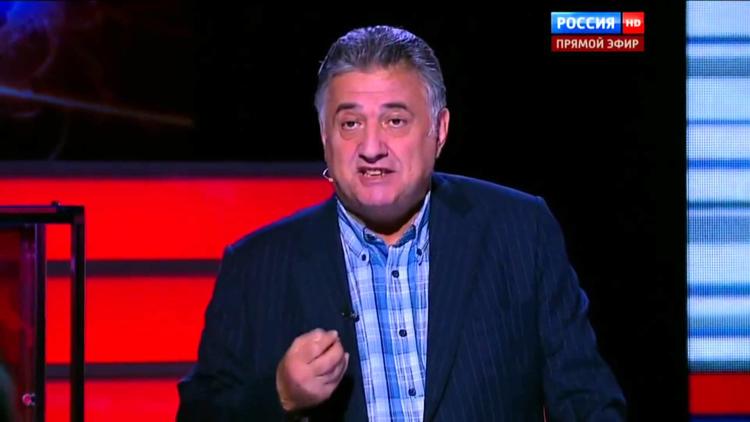 Support among Russians for military intervention in Syria has more than doubled, to 31 percent in early October from 14 percent in September, according to independent pollster Levada Center.

The increase comes with coverage of air strikes filling Russian state airwaves, press, and the Internet, and social-media salvoes fired from both sides of the debate. 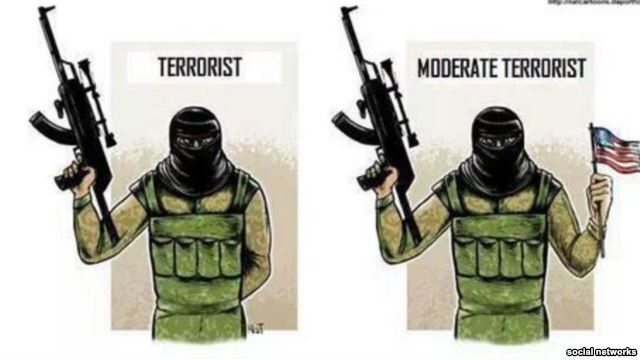 On social networks like Twitter, expressions of support for Moscow's air raids appear to fit into three distinct categories: perceived cultural and historical affinities between Syria and Russia; purported Western helplessness in the face of the continuing Syrian crisis; and the conflation of any armed forces opposing Syrian President Bashar al-Assad's regime under the "terrorist" banner.

The hashtag #СирияНаша (#SyriaIsOurs) has become a polemical football, kicked back and forth by Kremlin fans and the opposition alike.

For supporters of Russia's actions in Syria, it's an appeal for concern about the fate of that country based on perceived common religious and cultural foundations. Lawmaker Semyon Bagdasarov articulated this line of reasoning best when he declared on late-night television that Syria was much closer to Russia than many people believe. "Without Syria, without [the ancient city of] Antioch, there would be no Orthodoxy and there would be no Rus. This is our land!" Bagdasarov said.

For Russia's political opposition, the phrase is an ironic allusion to the "Crimea is ours" slogan that emerged following Russia's unrecognized annexation of that Ukrainian peninsula in March 2014 and thus an indictment of Putin's adventurism in foreign policy.

Maria Katasonova, an aide to Russian presidential advisory-board member Yevgeny Fyodorov, used the hashtag with a photo of herself at a rally next to the Syrian Embassy in Moscow. In the photo, Katasonova is holding a portrait of embattled Russian ally Assad.

"#SyriaIsOurs" has also appeared alongside photos of purported Syrian activists thanking Russia (and whoever else was cropped out of this photo, by the way) for its support for Assad.

Syria's civil war erupted in 2011 after Assad's forces brutally dispersed peaceful antigovernment protests, setting off a spiral of violence and armed opposition. The militant Islamic State (IS) group subsequently declared a caliphate — a state ruled by strict Islamic law — and began claiming territory in mid-2014. Kremlin supporters accuse the West of fecklessness in its attempts to resolve either crisis. It has therefore fallen to Russia, President Vladimir Putin and his supporters argue, to stop the radicals and bring peace to Syria.

This narrative depicts U.S. President Barack Obama and German Chancellor Angela Merkel in distress, at a loss over what to do about IS. Putin, smiling at the helm of a fighter jet, suggests trying a MiG, which this meme claims is a great cure for headaches.

Other Russians echo Putin's accusation of U.S. "meddling" in the world as the cause of the conflict.

"American democracy, Syria before and after," reads this tweet:


Russian conspiracy theories are particularly rampant. Some accuse the West of secretly supporting terrorists, presumably reflecting speculation in some corners that Washington was involved in creating IS or alluding to overt U.S. support for some of the armed forces fighting to dislodge Assad's government.

"We do not negotiate with terrorists," says Obama in this meme. "We just sponsor them."

3. "They are all terrorists"

The broad and fractured opposition to Assad's regime controls some Syrian territory, including stretches in the hands of extremist groups like IS and Al-Qaeda's Al-Nusra Front and others in the hands of relative moderates like the Free Syrian Army and Syrian National Council. A major fear in Washington and Ankara amid Russia's buildup ahead of the current bombardment campaign centered on Moscow's unqualified support for Assad and its related policy of labeling all anti-Assad forces as extremists. The United States and others have contended that Russia's air strikes have targeted not IS, as Moscow claims, but other forces opposed to Assad's government.

Putin's Internet defenders have argued there is no "moderate opposition" to Assad in Syria — only Assad's legitimate regime and terrorists.

The Russian Embassy in the United Arab Emirates tweeted a cartoon aimed at proving that point.

That argument isn't limited to pro-Kremlin hacks, by the way. Anton Nosik, a prominent Kremlin critic whom some describe as the "founder of the Russian Internet," shocked many liberals when he wrote on LiveJournal that "whoever bombs Syria today, I very much welcome it. And if [Syria] is erased from the face of the earth, I wouldn't be disappointed at all, I would only say thanks."

Little wonder, then, that Russian pilots flying sorties over Syria are being hailed by some as Hollywood superstars from the movie Top Gun (which, incidentally, prompted a surge in young men joining the U.S. Navy).