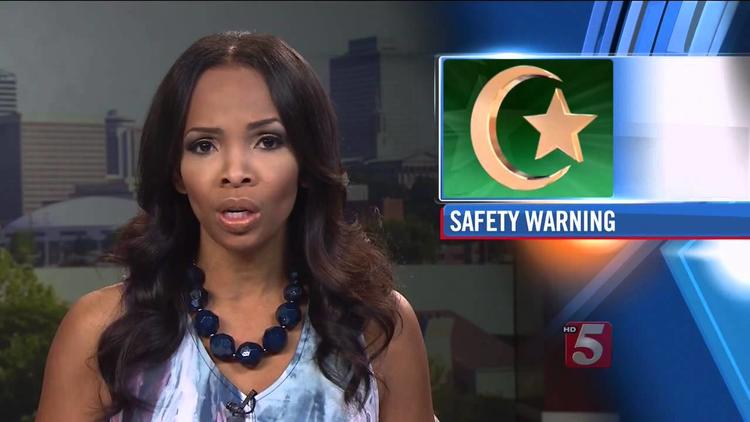 Against the backdrop of increasing anti-Muslim rhetoric, a coalition of online activists is calling on “patriots” to organize protests in front of mosques across the United States. Dubbed the “Global Rally for Humanity,” events are planned in at least 20 cities nationwide on October 9th and 10th. Claiming that “[h]umanity is attacked daily by radical Islam,” the organizers’ Facebook page serves as a de facto headquarters for interested parties, and offers instructions for citizens to start a rally in their own cities.

One of the demonstrations’ major promoters is Jon Ritzheimer, who organized a rally outside a Phoenix mosque in late May. Some participants brandished military-grade weapons at that event, which garnered international media attention. In the wake of the Phoenix protest, Ritzheimer called for an international, two-day event to protest Islam. The global rally, scheduled for the second weekend of October, appears to be the result of Ritzheimer’s initial plan.

As the Center for New Community, an organization that tracks Islamophobic and nativist activity, points outs, some of the organizers have told participants to leave weapons at home, but others have encouraged demonstrators to carry their weapons openly. Back in August, Ritzheimer said attendees should exercise their Second Amendment rights “in case [they] come under that much anticipated attack.” Ritzheimer, who has become known for his expletive-ridden Facebook videos about Muslims, has also received media attention for his plot to arrest supporters of the Iran nuclear deal.

The Center for New Community has plotted the planned U.S. protests, which have their own respective Facebook pages, on this map.

The planned demonstrations are the latest ripples in a rising tide of American Islamophobia. They come at a time when major presidential candidates have taken aim at Muslims, and in the wake of an intense national conversation about Ahmed Mohamed, the 14-year-old Muslim boy arrested earlier this month for bringing a homemade clock to his ninth-grade class. On social media, some Americans’ concerns about the Syrian refugee crisis have been expressed through rhetoric that demonizes or dehumanizes Muslims.

Though not widely reported at the national level, there have been other incidents of hostility facing Muslims and their institutions. In Texas and Tennessee, demonstrations have been held outside of schools which teach Arabic or about Islam. And in Sterling Heights, Michigan, opposition to the construction of a mosque culminated in a massive protest, in which one attendee shouted “I don’t want a mosque anywhere!”

The prevalence of positive responses

But, in many cases, these incidents have been met with a positive countervoice. Before the Ritzheimer rally in May, the Twitter hashtag #NotMyAmerica circulated with messages of appreciation and admiration for the Muslim community. A nearby Christian church organized a counter-rally, which drew a sizeable number of participants. And Arizona’s interfaith community held a solidarity vigil with the targeted mosque, expressing their support and rejecting the divisive protest. Usama Shami, president of Islamic Community Center of Phoenix said, “This hate is the exception. A lot of people don’t have the same faith, but when it comes to the freedom of worship, the faith community as a whole stands shoulder to shoulder.”

Just as they did in May, civil rights groups, interfaith initiatives, and other coalitions are now mobilizing to organize a response to these upcoming rallies. In Toledo, Ohio, Catholic and Muslims leaders already had a dialogue planned for October 8th. In light of the planned rallies, the organizers now see their event as an important “counter demonstration.”

But what may be even more important to note is that these acts of coming together—interreligious dialogues, joint service projects, reciprocal field trips to houses of worship—don’t occur only in response to grand displays of fearmongering like the upcoming “Global Rally.” They happen frequently throughout the country, and are proactively organized not as a reaction to tragedy, but out of a genuine desire to build relationships. It’s a reminder that, though American society still has work to do in breaking down Islamophobia, there are countless examples of America’s ideal of pluralism already being carried out.