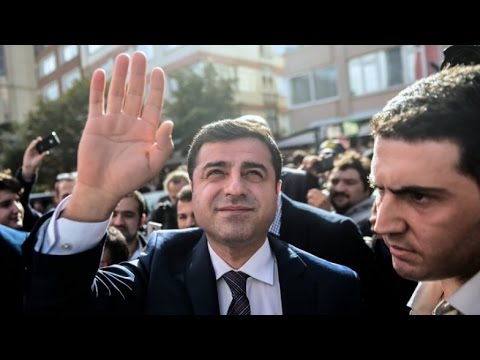 The Turkish HDP’s egalitarian gender ideology played a key role in the election of a record number of women to parliament in June’s election. Can these gains be sustained in the political turmoil ahead?

On June 7th Turkey held parliamentary elections which marked major turning points in Turkish politics. While this election put an end to thirteen years of single-party rule of the Justice and Development Party, it was also the first time that a pro-Kurdish rights political party, the People’s Democratic Party (HDP) entered parliament with 13% of the total national votes.

However, another major outcome of the elections was that it witnessed the entry of a record number of women to the Turkish parliament. Ninety six women were elected to the 550-seat Turkish parliament, constituting 17.5% of total parliamentarians, up from 14.4% in the previous parliament. Women from HDP now make up one third of the total female MPs in 2015, despite the fact that HDP was one of two small parties with less than 15% of parliamentary seats. This success was in part due to HDP’s gender equality platform and its gender parity measures to ensure women’s equal representation. The HDP platform advocates “positive discrimination policies until the day women and men are viewed as equals” and implements “Equal representation policies across party organizations.”

A “halay” dance of women supporters of HDP at a campaigning event in Istanbul. Photo: Mona Tajili

Given the current political turmoil in post-election Turkey, in particular the recent violent attacks against HDP’s supporters and those who advocate for peace, it is easy to lose sight of the significance of institutional attempts to address women’s under-representation in Turkey’s male dominated political and public spheres. Yet HDP’s rhetoric and real attempts at embracing women’s political empowerment, despite falling short of delivering gender parity, are nonetheless unique in the Turkish political and social context and deserve attention.

HDP’s pluralist and inclusive platform led to its popularity among diverse groups in Turkey. Despite being a successor of former pro-Kurdish rights parties in Turkey, HDP realized that its platform had to be inclusive of all minority groups, including Alevis, Armenians and sexual minorities. It successfully positioned itself as a party for all of Turkey, appealing to voters across the religious and secular divide who felt disenchanted by the increasing authoritarian rule of the Justice and Development Party (AKP). Campaigning on the desperate need to block Recep Tayyip Erdogan’s bid for an executive presidency, HDP managed to unite a diverse constituency around the goals of substantive democracy.

While many voted for HDP as a tactical move to block Erdogan from establishing one-man rule, HDP’s leftist and liberal approach, particularly on gender, can nonetheless set a precedent for Turkish politics. The record number of women elected to the Turkish parliament in 2015 signals a turning point in the way in which political parties – as the main gatekeepers to women’s political participation in Turkey – define their gender ideologies and address women’s under-representation in political decision-making.

HDP’s feminist gender ideology sets it apart from all the other major political parties in Turkey, including the secular Kemalist party, the People’s Republican Party (CHP). While Turkey’s major parties mostly nominate and recruit token numbers of women to political decision-making positions, HDP’s insistence on parity shifted the electorate’s understandings of the role of parties in women’s political representation. Despite the prevalence of deep-rooted patriarchal attitudes and behaviours across communities in Turkey, HDP’s gender rhetoric, along with its calls for peace and inclusivity, highlighted the significance of women’s inclusion in policy and decision-making processes.

What is a feminist party ideology?

A party’s gender ideology, which is commonly reflected in the party’s platform or constitution, can endorse, tolerate, or even oppose women’s presence in politics and public life. This gender ideology outlines its ideals on women’s roles and status in society, and thus greatly impacts upon the extent to which the party supports (or hinders) women’s access to political decision-making positions.

A feminist party ideology is manifest when the party publicly advocates gender equality and women’s rights in its party documents. Additionally, realizing that women often face systematic discrimination in their attempts to reach political leadership positions, a feminist party ideology entails affirmative action measures to ensure women’s access to such positions. These measures, which often take the form of quotas for women, are meant to be applied across the party structure as well as party candidate lists for elections. Such affirmative action measures enable women activists to hold the party accountable when it fails to meet the intended goal.

Political parties born from the Kurdish rights movements have by far the most gender equal measures in comparison to other major political parties in Turkey. Given the fact that women in Kurdish communities have been combating both the Turkish state and patriarchy in their communities, they have organized for decades to ensure that women’s rights and interests are reflected in the formal political institutions of the movement. The result has been the articulation of a feminist party ideology backed by structures that over the past few elections have made significant contributions to women’s political status and representation – both within Kurdish minority communities, and in Turkey as a whole.

In line with its support for gender equality in all spheres of political and social life, HDP has modeled its institutional structure on  the German Green Party’s co-leadership system. Leadership is shared between a woman and a man at every level of the party structure. Such co-leadership ensures that women’s views and interests are reflected in the party’s decision-making. Additionally, unlike the major parties that organize their female members into Women’s Branches, HDP has a Women’s Congress, which according to party guidelines enjoys independent authority, while its primary mission is to mainstream women’s concerns into the workings of the party. HDP’s Women’s Congress also plays a key role in the nomination of the women to appear on the party candidate lists. To apply for candidacy, the party charges women half the registration fee it charges men in an effort to level the playing field of female aspirants who have less financial resources than their male counterparts.

After speaking to a number of high-profile HDP women candidates, I was informed that they were often encouraged by the party’s Women’s Congress to apply for candidacy. The Congress benefits from close linkages with women’s rights groups and movements and is better positioned to select female candidates who are more likely to represent women’s interests.  However, the extent to which the Congress’s decisions on women candidates are subject to scrutiny and vetting from other authoritative sections of the Kurdish movement is unknown. Nonetheless, entrusting this task to the party’s Women’s Congress rather than the party leadership (as practiced by major parties) is a welcome shift in preventing the nomination of token women who will remain accountable to party leaders rather than to the party’s female constituency.

HDP was also the first political party in a Muslim country to radically adopt a 50% gender quota and a 10% quota for LGBT candidates for the June 7th, 2015 elections. Women’s rights groups welcomed HDP’s 50% gender quota, particularly since the only other quota measure in the Turkish elections was a 33% women’s quota for candidates selected by the party’s central committee that was adopted by the secularist CHP.

To ensure that women were not placed towards the bottom of the closed-party candidate lists, HDP included rank order rules requiring that at least one in every three candidates listed was a woman. In the end, women constituted 48.8% of HDP’s total candidates, and 40% of total HDP parliamentarians who took office in June 2015.  A number of notable women’s and minority rights activists were among the women who entered parliament, including Filiz Kerestecioglu, a well-known feminist and member of the women’s movement, Huda Kaya, a long-time head-scarved women’s rights activist, and Layla Zana, a Kurdish rights activist.

While a female parliamentary presence of 17.5% is still below the global average of 22.5%, this was nonetheless a major accomplishment in terms of women’s political representation in Turkey. Although Turkey is the first country in the region to have granted women the right to vote, as early as 1934, for decades women’s political representation was marginal (around 1% to 2%). The significant increase in the rate of women’s political representation, which is largely due to women’s campaigning and organizing efforts, has occurred within the past decade. These trends highlight the extent to which the Turkish electorate, in which youth constitutes a notable portion, are more open to measures that ensure gender balance and equality in even the most male dominated of spheres. Indeed as Deniz Kandiyoti has written, when it comes to the increasing anti-patriarchal stance of youth activists across the globe, and the significant lessons that one can learn from them, Turkey’s youth is no exception.

As a result of the decades long history of war and violence on issues concerning minority rights, the electorate in Turkey is more open to electing politicians that can better represent the interests of all sections of the society. This provides women’s rights groups with an important opportunity to emphasize the centrality of women’s inclusion in peace and democratization processes. As this connection is still lost on some major political parties in Turkey, it remains to be seen what the upcoming snap elections on the 1st of November have in store for Turkey’s future.

Mona Tajali is a Postdoctoral Fellow in Middle East Studies at Oxford University. She is a long-term collaborator with the research wing of Women Living Under Muslim Laws (WLUML), and has co-authored a book, titled Electoral Politics: Making Quotas Work for Women (WLUML 2011). Her research appears in journals such as the Journal of Women, Politics and Policy, Anthropology of the Middle East and the Middle East Journal.