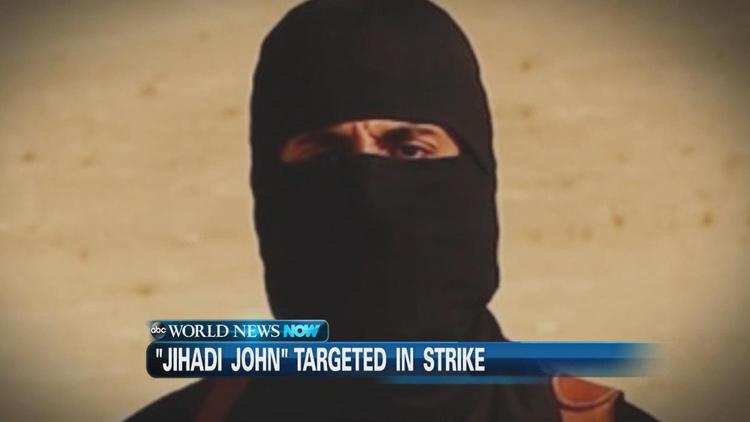 Dubbed “Jihadi John” by the British media after video footage of his murderous exploits was seen around the world, Mohammed Emwazi became a symbol of a complex conflict – a shorthand for the evil threatening the West as well as those in Syria and Iraq.

On Friday the Pentagon announced that US warplanes carried out an operation in northern Syria targeting the British fighter for the [so-called] Islamic State [group] [IS, ISIL]. In London, the UK government said there was a “high degree of certainty” that Emwazi was killed. If confirmed, Emwazi’s death marks the end to a 15-month story of a man who became the face of the barbaric cruelty of IS after his part in the beheading of eight hostages.

Emwazi first became headline news in August 2014, when IS released its first video of a foreign hostage being beheaded – the American journalist James Foley. Beside the kneeling victim stood his executioner, a man shrouded in black, holding a large sword. He addressed US officials in a British accent, stating:

As a government, you have been at the forefront of the aggression towards the Islamic State. You have plotted against us and have gone far out of your way to find reasons to interfere in our affairs. Today, your military air force is attacking us daily in Iraq, your strikes have caused casualties among Muslims.

The format changed slightly when Abdul-Rahman Kassig, a former US marine who worked with hospitals in Syria, refused to confess on camera. But Jihadi John was back on script in January with the executions of Japanese hostages Haruna Yukawa and Kenji Goto.

There is also speculation that he took a leading part in the mass execution of Syrian prisoners of war – also by beheading – in November 2014.

It was in late February 2015 that Washington Post reporters identified “Jihadi John” as Emwazi. Born in Kuwait but raised in West London, he graduated from the University of Westminster with a degree in computer programming. In 2013, he travelled to Syria and later joined . . . [IS].

There followed endless speculation about what had led Emwazi not only to join IS, but to carry out gruesome acts apparently without remorse. Some speculated that his radicalisation began in 2009 when a post-graduation safari trip to Tanzania went awry, amid monitoring by British security services of a group of West London youth for possible ties with jihadists.

The British campaign group CAGE, to whom Emwazi had spoken, provided details. Emwazi and two friends were detained by Tanzanian police upon arrival in the country and deported. On their way back to the UK, he and one of the friends were interrogated in Amsterdam by an officer from the British intelligence service MI5. The officer accused them of trying to reach Somalia to join the militant group al-Shabab.

Then Emwazi testified that the officer said:

Listen Mohammed, you’ve got the whole world in front of you; you’re 21 years old; you just finished uni – why don’t you work for us?

When he refused the approach, the officer apparently warned him:

Back in the UK, he and his family were further questioned by security officials. In September 2009, he decided to go to Kuwait, where he worked for a computer programming company. However, in July 2010, British security services prevented him from returning to the Gulf country after a visit to his family in London.

For more than two years, Emwazi was repeatedly blocked in his attempts to travel to Kuwait. In August 2013, soon after a final attempt, Emwazi disappeared from his home. His family believed he had gone to Turkey, but were told by security services in December that he was in Syria.

When Emwazi disappeared from Britain in 2013, so – in the popular imagination – did his existence up to that point. His new identity, from the first beheading video in August 2014, would be tied to the image of [IS] and Western fear of the citizens who had joined the organisation. Now he was “Jihadi John”, one of the four British members of IS known as “The Beatles”.

The end of the line?

David Cameron declared the drone strike that is thought to have killed Emwazi an “act of self defence” against an “evil terrorist death cult”, stating:

Emwazi is a barbaric murderer….He was Isil’s lead executioner. He posed an ongoing and serious threat to innocent civilians, not only in Syria but around the world and in the UK too.

So Jihadi John took his place as one of the Most Wanted, his capture or death a goal that would represent “victory” against IS – even if his fate would make little difference to the organisation.

While Cameron tried to hold up that victory, another important voice noted the cost of illusion. Dianne Foley, the mother of Jihadi John’s first victim, told US media:

This huge effort to go after this deranged man filled with hate when they can’t make half that effort to save the hostages while these young Americans were still alive.