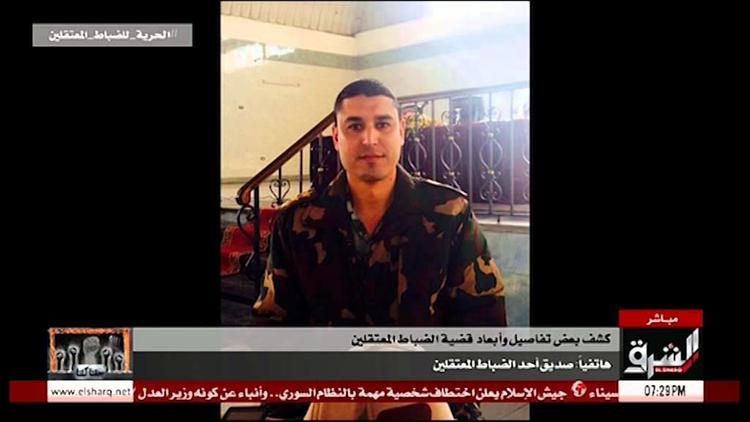 (New York) – Hossam Bahgat, a journalist and one of Egypt’s most prominent human rights figures, could be charged in military court after being detained on November 9, 2015, on military prosecutors’ orders. The prosecutors ordered Bahgat held for investigation on charges of publishing false news related to an article about an allegedly foiled military coup. 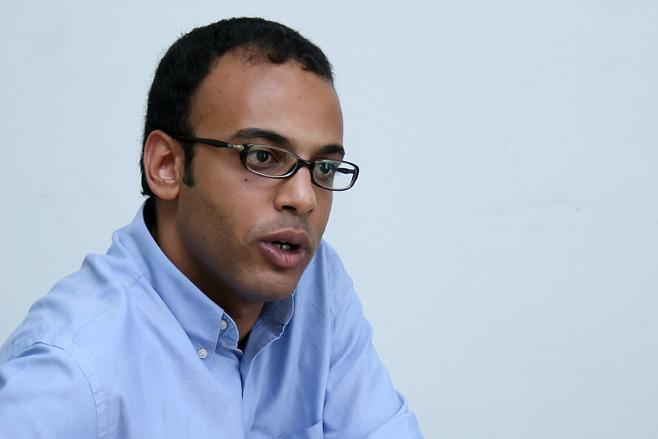 No civilian should face military prosecution, and Bahgat is being investigated solely for his work as a journalist. Military prosecutors should drop the charges and release him immediately.

“This is a bellwether moment for Egypt,” said Sarah Leah Whitson, Middle East director. “Continuing to hold Hossam Bahgat or putting him on trial would be a definitive signal that President Abdelfattah al-Sisi and his government have no interest in rolling back the repression of the past two years.”

Bahgat, who founded the Egyptian Initiative for Personal Rights and worked as its director before returning to journalism, reported to military intelligence headquarters in Cairo on the morning of November 8. His family had received a summons at his official residence in Alexandria on November 5, his defense team told Human Rights Watch.

At around midday after reporting to military intelligence, Bahgat was transferred to the military prosecution. Prosecutors questioned him until about 5:30 p.m., when they decided to detain him overnight and allowed him for the first time to ask for lawyers, who were only then able to visit him. On the morning of November 9, prosecutors told the lawyers, who were not allowed to see Bahgat again, that they would detain him for four more days. The prosecutors refused to tell the lawyers where Bahgat was being held.

On October 13, Mada Masr published an article by Bahgat that detailed the military prosecution of 26 officers and two Muslim Brotherhood members for allegedly planning to overthrow the government. The next day, it published the article in English under the headline, “A coup busted?” Bahgat’s defense team told Human Rights Watch that his interrogation by military prosecutors revolved solely around his reporting and that article in particular.

According to Bahgat’s article, which was based on the indictment, interviews with several of the defendants’ relatives, and media reports, authorities had summoned or arrested most of the defendants in April. Some of the detained officers alleged that they had been tortured during their interrogations inside military intelligence headquarters. Eight of the officers and the two Muslim Brotherhood leaders who had been prosecuted in absentia were sentenced to life in prison, Bahgat reported. The rest were sentenced to between 10 and 15 years.

Bahgat wrote that he had been unable to reach the spokesman for the armed forces for comment on the story, despite repeated attempts.

Bahgat’s defense team told Human Rights Watch that military prosecutors are investigating Bahgat for allegedly violating articles 102 and 188 of the penal code, both of which are minor offenses that concern the publication of false news.

Article 102 allows the prosecution of anyone who “intentionally broadcasts false or tendentious news, data, or rumors, or propagates subversive propaganda, if this is liable to disturb the public security, spread terror among the people, or harm the public interest.” It provides for an undefined period of detention and a fine of up to 200 Egyptian pounds (US$25).

Article 188 allows prosecution of anyone who “with ill intent publishes false news, data, or rumors, or forged or fabricated papers, or falsely attributed to others, if this is liable to disturb the general peace or provoke panic among the people or harm the public interest.” It provides for detention of up to one year and a fine of up to 20,000 Egyptian pounds ($2,490).

Bahgat was not the first journalist to report on the alleged military coup. Haitham Abu Khalil, an anchor with El-Sharq, a satellite television channel based in Turkey that is sympathetic to the Muslim Brotherhood, first reported the prosecution in June. In August, BBC Arabic reported the verdict on its website, citing military sources.

In a statement, Bahgat’s defense team said that Bahgat had no criminal intent and pointed out that other media outlets had previously reported the verdict. They said that Bahgat’s objective had been to give Egyptian readers a “true picture” of the case and that he had done so in a “professional manner.”

Egypt’s constitution, approved by referendum in January 2014, states that no civilian can be tried in military court except for “crimes that constitute a direct assault” against military forces or property, but it includes documents and military secrets in that definition.

In October 2014, al-Sisi decreed a vast expansion of military court jurisdiction for a period of two years, allowing authorities to prosecute civilians in military courts for any crimes that occur on “public” or “vital” property. Since then, Egyptian media outlets and human rights groups have reported that at least 3,700 civilians have been charged in military courts, many of them for acts related to protesting and the Muslim Brotherhood.

Egypt’s military courts operate under the authority of the Defense Ministry, not the civilian judicial authorities. They typically deny defendants the rights accorded by civilian courts, including to be informed of the charges against them, to access a lawyer, and to be brought promptly before a judge following arrest.

“If the government of President Abdelfattah al-Sisi were interested in protecting and advancing the rights of Egyptians, it would bring in Hossam Bahgat to provide advice, not prosecute him,” Whitson said. “The specter of Bahgat joining thousands of other civilians unlawfully charged in military courts starkly demonstrates how Egyptian authorities under al-Sisi believe that the only place for critics is behind bars.”

The authorities under al-Sisi are also jailing journalists in record numbers. According to the Committee to Protect Journalists, at least 19 journalists are now detained solely for doing their job.