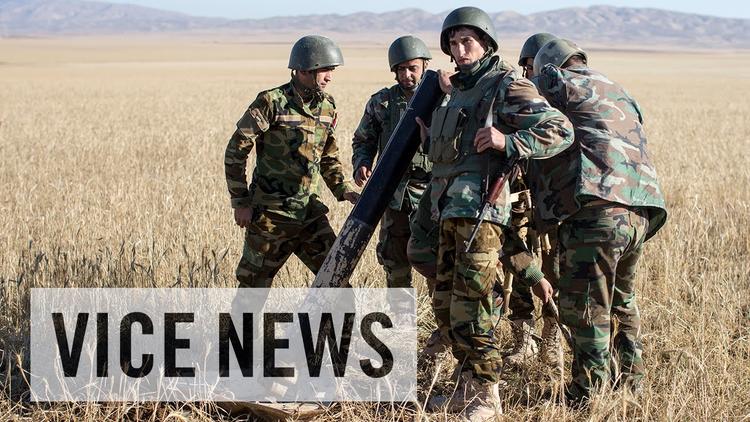 “Islamic State (IS) fighters swept into the Iraqi city of Sinjar in August 2014, forcing Kurdish peshmerga forces to retreat. The city, primarily made up of Yazidis, a religious minority with roots going back thousands of years in the region, was soon overran with IS militants. They then set about terrorizing the Yazidis, who they see as apostates and devil worshippers who need to be cleansed.

Tens of thousands of people fled, with many ending up on in dire straits on nearby Mount Sinjar, creating an urgent humanitarian situation that led to US President Barack Obama ordering American jets to bomb IS for the first time. Thousands of Yazidis were killed by IS, with women being raped and enslaved to be sold as property. Mass graves are still being discovered.

Kurdish militias have battled for Sinjar since then without much progress. And up until now the city has remained under IS control.

Over the course of two days in mid-November, VICE News embedded with peshmerga forces as they retook the city in a massive push involving 7,500 troops, with the hopes of cutting off the resupply routes between IS territory in Syria and Iraq. Snaking through the desert in large convoys with heavy artillery and tanks, and backed by international coalition air strikes, they faced little resistance besides snipers, mortars, and IEDs as IS fled and the city was taken back.”