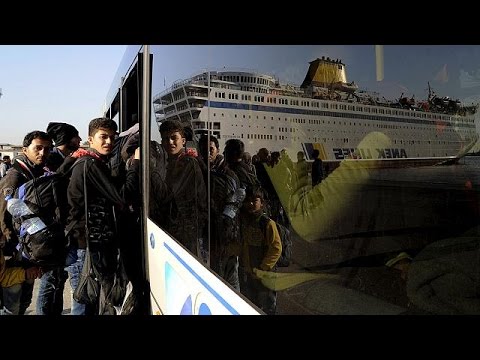 (New York) – Governments should not allow the recent attacks in Paris and similar mass casualty attacks elsewhere to undermine the responsibility to protect refugees around the world, Human Rights Watch said today. Concern that a small number of militant extremists may seek to take advantage of the movement of large numbers of refugees should not divert governments from their responsibility to protect refugees.

Human Rights Watch released 10 basic principles for governments to use in addressing the global refugee crisis, underscoring the importance of enhancing, not undermining, global protection for refugees at a time of insecurity.

“Sowing fear of refugees is exactly the kind of response groups like ISIS are seeking,” said Iain Levine, deputy executive director for program at Human Rights Watch. “Yes, governments need to bring order to refugee processing and weed out militant extremists, but now more than ever they also need to stand with people uprooted from their homes by ideologies of hatred and help them find real protection.”

Some European Union governments – including Slovakia, the Czech Republic and Poland – have sought to link the Paris attacks to the refugee crisis in Europe, calling for greater screening, reintroduced border controls, and greater restrictions on asylum seekers. Other EU leaders, including Chancellor Angela Merkel of Germany, President Francois Hollande of France, and Jean-Claude Juncker, the EU Commission president, have been more measured. They have rejected conflating the Paris attackers with those fleeing violence in Syria and other refugee-producing countries.

In the United States, a majority of US governors – 30 as of November 18, 2015 – have stated that they will attempt to oppose or suspend placement of Syrian refugees in their states. But US President Barack Obama has reiterated his commitment to admit 10,000 Syrian refugees in the coming year and has characterized those who would create a religion test for refugee admission as shameful.

Instead of playing into the hands of extremist groups and scapegoating refugees, governments should affirm principles of refugee protection based on their international human rights and refugee law obligations as well as compassion and decency, Human Rights Watch said. The 10 basic principles released by Human Rights Watch include calling on governments never to return refugees to the threat of serious harm, to assess asylum claims fairly, and not to block asylum seekers and interfere with their right to seek asylum.

Procedures put in place to assess the asylum claims of people arriving in a government’s territory, as well as the layers of screening involved in governments’ refugee resettlement programs, are designed to exclude from refugee protection anyone who has committed serious war crimes, non-political crimes, or crimes against humanity. Excluding such people from refugee protection is a legal obligation of governments under the international Refugee Convention.

Security checks are often a part of governments’ asylum systems and resettlement programs. These checks can take months or even years. Authorities should commit sufficient resources to that screening so that it can be carried out efficiently and promptly to ensure that protection is provided in a timely manner to those who need it the most, Human Rights Watch said.

“As efforts are made to bring those responsible for despicable acts of violence to justice, we need to be ever vigilant not to scapegoat refugees,” Levine said. “Political leaders should not fall into the trap laid by extremists who foment division and distrust, but rather show courage and resolve to protect those who have been uprooted by ideologies of hatred.”