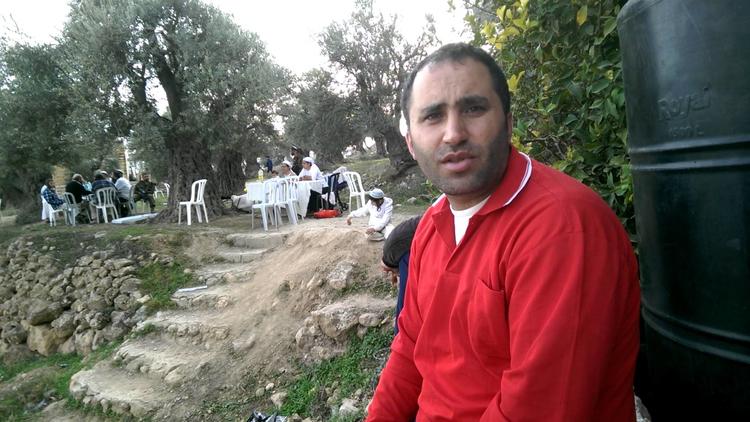 Issa Amro, the head of the activist group, told Ma’an the settlers were led by the notorious settler Baruch Marzel into the building, which is known as Beit Sumoud, meaning house of steadfastness.

Amro said the settlers had placed tables and chairs in the center’s garden, and were demanding that soldiers prevent any of the Youth Against Settlements staff and volunteers from approaching it.

The building lies in the Tel Rumeida neighborhood of central Hebron, and borders one of the city’s illegal Israeli settlements.

During the Second Intifada, the building was used as an Israeli military base. Later, when ownership was transferred to Amro, the Israeli army refused to vacate it, spurring Amro to bring his case before Israel’s courts.

The army was ultimately ordered to leave the building, although they only agreed to do so in 2007 after the activists began regular protests outside it.

As the headquarters of Youth Against Settlements, it has been subjected to frequent raids by both Israeli forces and settlers.

Just hours before Saturday’s events, Israeli forces raided the building overnight Friday and detained both Amro and one of the group’s volunteers, 16-year-old Ahmad al-Azza.

Amro said that while he was was released hours later, al-Azza was accused of possessing a knife and his detention was extended by Israeli police by four days.

Youth Against Settlements has frequently filed complaints to the Israeli police against violent actions by Israeli settlers, including Marzel.

Hebron has found itself at the center of violence since a wave of unrest swept the occupied Palestinian territory at the beginning of last month, with around 30 Palestinians shot dead by Israeli forces in the district.

As tensions have spiraled, Israeli forces have imposed severe restrictions on Palestinians’ freedom of movement across the district, using flying checkpoints, road closures and curfews.

Issa Amro, speaks about settlers and other occupation forces on his land