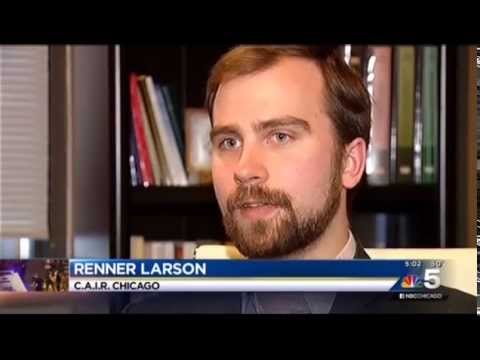 More than half of US governors have abruptly announced that they will not welcome Syrian refugees. Governors cannot actually tell people in America where they can live.

Germany, a country of 80 million, will take in 800,000 refugees this year, many of them Syrians. That is 1 percent of their population. It would be like the USA taking in 3 million refugees in one year.

The US takes in 70,000 refugees a year. Last year it accepted about 400 Syrian refugees.

The United States invaded Iraq in 2003, which led to the creation of roughly 4 million Iraqi refugees out of the then some 26 million Iraqis, or nearly 1/6th of the population. That would be like 50 million Americans displaced. The US took in only a few thousand Iraqi refugees after causing all that trouble. The US invasion radicalized Iraq’s Sunnis and drove them into the arms of al-Qaeda in Mesopotamia, which morphed into Daesh (ISIS, ISIL) at camp Bucca and then took much of Syria, contributing to making 11 million of 22 million Syrians into displaced persons. 4 million have been forced abroad, to Jordan, Lebanon & Turkey, and now thousands are trying to get into Europe.

The US politicians who voted for the Iraq War say we can’t let in Iraqis or Syrians because they might have been radicalized.

This grim landscape of racism, religious prejudice, blaming the victim and racial exclusion from immigration is deja vu all over again. In the 30s, it was the Jews that the troglodytes didn’t want.

The bad economy of the Great Depression was one reason for fear of immigrants. Politicians and labor leaders worried that they would take jobs from workers already in the US. Racism was rampant. In 1924 Congress passed a basically Nazi immigration law that limited immigration on the basis of country — i.e. racial — quotas. The Semitic countries like Syria should, according to this law, keep their people (I recollect that the annual quota for Syrian immigrants was 100– even though tens of thousans of Syro-Lebanese had come from about 1880, including famed writer Kahlil Gibran. All the Norwegians could come who wanted to.)

There was a Chinese exclusion Act, i.e. zero Chinese were wanted.

IRA / terrorism supporter Rep Peter King, of Irish descent (i.e. refugees taken in by Protestant America from famine), warned against letting more than a handful of Syrians in. He isn’t worse than most of us, unfortunately. (The Irish discontent was justified, but terrorism never is; and King is a hypocrite.)

Steve Jobs’s father was an immigrant from Syria. We need more like him, and we need fewer children washing up dead on beaches. If we’re going to bomb Syria, we need to take care of the displaced.