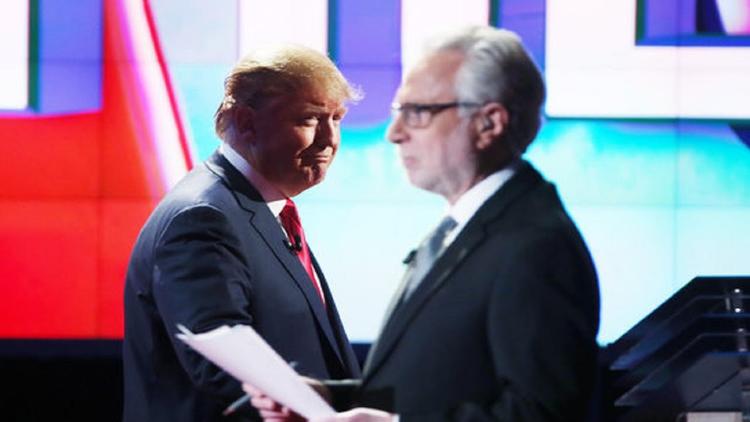 Blitzer: Senator Cruz, you have said you would, quote, “carpet bomb ISIS into oblivion,” testing whether, quote, “sand can glow in the dark.” Does that mean leveling the ISIS capital of Raqqa in Syria where there are hundreds of thousands of civilians?

CRUZ: What it means is using overwhelming air power to utterly and completely destroy ISIS. To put things in perspective, in the first Persian Gulf War, we launched roughly 1,100 air attacks a day. We carpet bombed them for 36 days, saturation bombing, after which our troops went in and in a day and a half mopped up what was left of the Iraqi army.”

Ted Cruz has impressive educational degrees and is a wily if not a smart man, but he most often is ignorant about the things of which he speaks. This statement demonstrates that he has never so much as read a book about the Gulf War, and doesn’t know anything at all about military history. He shouldn’t be in charge of the Pentagon. He shouldn’t be in charge of a henhouse.

The Iraqi army circa early 1991 was a tank army that had invaded Kuwait and had lined up tank battalions along the Kuwaiti border. The US bombed the tank lines in order to soften them up. But actually Gen. Schwarzkopf did not punch through those lines. Having blinded the Iraqis and deprived them of command and control, he executed what he called a “Hail Mary Pass,” going up to the west of the Iraqi lines and going around them.

Despite the US bombing for 3 weeks, the Iraqis had plenty of tanks left. The Battle of Burqan was the largest tank battle since World War II.

Daesh/ ISIL has a few tanks but they are a guerrilla group and do not deploy them in lines. They keep them inside the cities when not deploying them. So there is nothing to carpet bomb. They aren’t lined up out in the desert. If you carpet-bombed the city of Mosul, a Daesh stronghold, you’d kill tens of thousands of innocent women, children and non-combatant males. That would be a war crime.

If it were easy to defeat Daesh with conventional military forces, they would already have been defeated.

As for the idea of putting US combat troops into Iraq and Syria, that’s already been tried. In the zeroes there were 150,000 US troops in Iraq, and Daesh’s predecessor, the Islamic State of iraq, was never wiped out. Sunnis and Shiites fought a civil war under the noses of US troops in 2006 that left 3,000 people dead every month and displaced over a million. Why does Cruz think it would be different this time?

The man has no understanding of or knowledge about history, which offends me personally.

Cruz also said, “We need to be arming the Kurds.”

The Syrian Kurds are leftists and not Arabs, and have limitations as the force that takes conservative Sunni Arab cities away from Daesh. The locals wouldn’t accept them. And, it is odd that Cruz doesn’t know that they are already being armed by the US, much to the anger of Turkey, which fears Kurdish separatism (the Syrian Kurds say they only want states’ rights as a province in a federal state, not independence, but Ankara is paranoid on this subject). In the real world, all of Cruz’s easy choice are actually difficult. Anger Turkey, a NATO ally, or arm far-left Kurds to the teeth? Deploy Kurds in Arab towns where they will be seen as ethnic cleansers, or take years to build an Arab force?

Someone please get Cruz in trouble by telling his dad that he is supporting Communists (well, the Syrian Kurds are far left but post-communist, but I don’t think the Cruzes make that distinction).

“America is at war. Our enemy is not violent extremism. It is not some unnamed malevolent force. It is radical Islamic terrorist.”

America is not at war. There is no declaration of war. There is a police action against al-Qaeda (the plotters of 9/11, who are either dead or aged).

There is no such thing as “radical Islamic extremism.” First of all, it is a redundant phrase. Extremism and radical mean the same thing.

Second, extremism and radicalism can’t be “Islamic.” The adjective “Islamic” in Arabic is used to refer to the ideals of the Muslim religion, which forbids murder and forbids terrorism. The adjective that Mr. Cruz is looking for is “Muslim.” He wants to fight Muslim radicalism or Muslim extremism. Not Islamic. The same distinction is made between Judaic and Jewish. Judaic has to do with Jewish ideals and civilization. You could have a Jewish terrorist. You couldn’t have a Judaic terrorist.

Terrorism is a crime and should be treated as a criminal matter. You can’t fight a war against a tactic, and to the extent that radicalization is a problem, deploying military tools actually increases radicalization. The US government hard line actions against white supremacists in the early 90s were among the things that pushed Timothy McVeigh to blow up the Federal Building in Oklahoma (he and Nichols killed more Americans per capita than did that 9/11 hijackers).

Cruz is just bigoted against Muslims, and is using propagandistic language to single them out. Most American Muslims have been in the United States far longer than Cruz’s family has. Some 20% of the African slaves brought here were Muslim, and thus it is likely that some wings of the White House were built by Muslim labor. The fanatical Protestant Know-Nothings of the 19th century would have denounced Cruz as un-American and a threat to US values. It is shameful that he mistreats people from other immigrant families.

“Border security is national security and we will not be admitting jihadists as refugees.”

A lot of people didn’t want all those Cuban refugees, either, Ted. And they feared there were communist saboteurs among them. (Or maybe far right wing saboteurs who would want to deep-six our Constitution). The US has admitted 750,000 refugees since 2001. Only 2 of them were deported, for sending money to Hizbullah. Altogether 16 had questions raised about them. Out of 750,000. All refugees are carefully vetted over 18 months, and this is ongoing. The refugee program has not produced any violence on US soil. Thousands of Iraqis and Afghans have come in, refugees in part from the wars we fought in their countries, and they have been model citizens (mostly more model than demagogue Cruz).

Dr. Ben Carson demanded that the US government declare war on Daesh (ISIS, ISIL). That is a very bad idea. They are not a state, that the USA would find them a worthy adversary in a war. They are a desert pirate band. They would only gain in prestige and volunteers from such an unwise US action.

Mr. Trump then weighed in.

But Mr. Trump is talking about religion, because he said he wanted to exclude all Muslims from coming to the US. He didn’t distinguish among them. He marked them only by religion.

People are not pouring across our southern border. Last year more Mexicans left the US than came in. They have better economic growth down there.

I could go on. Most everything these people said was wrong.

The thing I worry most about is that one of our two major parties is now regularly throwing up demagogues and psychopaths, warmongers and fascists. Since we have a two-party system, America is now playing Russian roulette. Sooner or later one of these looney tunes is going to get his or her finger on the Bomb.

I usually think Climate Change, about which Mr. Blitzer did not bother to ask these candidates, is the biggest problem now facing humankind. But on some days I think it is the GOP presidential field (Rand Paul excepted).