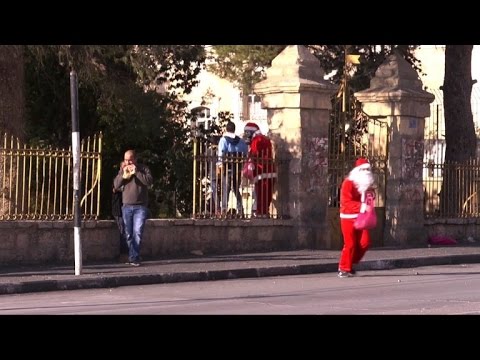 NABLUS (Ma’an) — Israeli forces on Friday shot and injured at least 78 Palestinians, two critically, when clashes broke out across the occupied Palestinian territory for the second day in a row.

Medical sources told Ma’an that a Palestinian was hit with live fire in the chest during clashes in the village of Sinjil northeast of Ramallah.

The man was taken to the Palestine Medical Complex in critical condition. The medical sources said he was resuscitated after heart and respiratory failure, and was undergoing an operation.

Clashes also broke out at the Beit Einun junction east of Hebron, where Israeli forces shot a demonstrator with live fire in the head. Doctors at al-Ahli hospital in Hebron told Ma’an the protester was left in critical condition.

Another Palestinian was shot in the foot during the same clashes, while two others were injured by rubber-coated steel bullets in clashes at Halhul bridge north of Hebron.

A local activist Muhammad Ayyad Awad told Ma’an that two Palestinians were injured with rubber-coated steel bullets during clashes in Beit Ummar that broke out after Israeli forces attacked a funeral in the village.

Awad added that an Israeli settler attempted to run over three Palestinians in the same area while Israeli forces stood idly by. No one was hurt in the incident.

Separately, witnesses told Ma’an that five demonstrators were injured by live fire and 20 by rubber-coated steel bullets in the village of Beit Furik east of Nablus.

A member of the Palestinian Popular Struggle Front party, Munadhel Hanani, said that protesters marched calling for the return of Palestinian bodies withheld by Israel before clashes broke out in al-Qa’da area of the village.

A 15-year-old resident of the village, Abdullah Hussein Nasasra, was killed Thursday after the Israeli army said he attempted to stab a soldier at the Huwwara military checkpoint.

The Palestinian Red Crescent told Ma’an that two Palestinians were also injured Friday by live fire and four by rubber-coated steel bullets during clashes near the northern entrance of Bethlehem.

In the Gaza Strip, a 20-year-old Palestinian was shot dead, 31 were injured by live fire and 9 by rubber-coated steel bullets, according to Gaza’s Ministry of Health.

Clashes also took place in the West Bank and Gaza Strip on Thursday, and hundreds from the Hebron district demonstrated for the return of 21 bodies of Palestinians from the district currently being held inside of Israel.

An increase in demonstrations against Israeli military forces has coincided with an escalation in violence that began across the occupied Palestinian territory in October that has continued through December.

While marking a notable increase in participants, the confrontations have lacked the large popular participation seen during the First and Second Intifadas.

A recent poll conducted by the Palestinian Center for Policy Survey and and Research (PCSR) reported that the largest percentage (43 percent) of those polled said that the reason for the lack of large turnout might be fear of the PA or the occupation.

Nineteen percent, meanwhile, thought the reason was “despair and the belief that the confrontations are likely to be in vain.”

In the context of the violence that has left well over 100 Palestinians dead since Oct. 1, a growing majority of Palestinians reportedly support the return to an armed Intifada, according to the PCSR.

The “Oslo generation” — Palestinian youth who grew up in the wake of the Oslo Accords and their subsequent failure — constitute the most supportive sector in the Palestinian populace for a return to armed resistance.

While the Fatah-dominated Palestinian Liberation Organization rejected armed struggle in 1993, PLO leadership and the PA have yet to publicly condemn the wave of attacks carried out by Palestinian individuals that have killed 19 Israelis since the start of October.

AFP: “Palestinians demonstrate dressed up as Santa in Bethlehem”