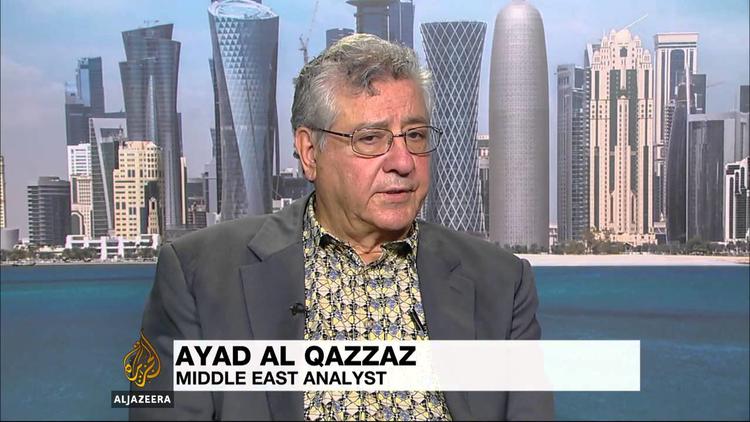 MADRID (IPS) – One hundred years ago, on 6 May 1916, two men, Briton Sir Mark Sykes and French diplomat François Georges-Picot, were entrusted by their respective governments with a rather exceptional task.

That task, which initially counted with the assent of the Tsarist Russia, was to divide among these powers the “inherence” of the still alive, though decadent Ottoman Empire. In short, to define Britain, France and Russia’s coming spheres of influence and control in their “new” Middle East, should this “Triple Entente” succeed in defeating the Ottoman Empire during World War I.

The deal was crowned with a brand new Middle East map that has divided the by then existing nations into artificial states.

In virtue of that agreement, Britain was allocated control of areas comprising the coastal strip between the Mediterranean Sea and River Jordan, Jordan, South of Iraq, and a tiny area including the ports of Haifa and Acre to allow access to the Mediterranean.

An “international administration” was proposed for Palestine.

Supposedly, Russia was to mainly get Istanbul and the Turkish Straits.

The Ottoman Empire finally collapsed during the second decade of last century; a new, secular Turkey was born, and two self-proclaimed heirs of its territories and influences –Britain and France- implemented their Sykes-Picot agreement.

London and Paris rapidly managed to immediately “offialise” – not equivalent to “legitimise” – their unilateral plans. The League of Nations would, therefore, put new-born Syria and Lebanon under France’s mandate. Jordan, Iraq and Palestine would de allocated to Britain. And Egypt, among others, would be under British mandate.

In his “Four Key Reasons to Understand the Irresistible Attraction of Radical Islam,” IPS founder and Other News publisher, Roberto Savio has rightly managed to summarise the most dramatic consequences of the Sykes-Picot agreement.

“First of all, all the Arab countries are artificial. In May 1916, Monsieur Picot for France and Lord Sykes for Britain met and agreed on a secret treaty, with the support of the Russian Empire and the Italian Kingdom, on how to carve up the Ottoman Empire at the end of the First World War.

“Thus the Arab countries of today were born as the result of a division by France and Britain with no consideration for ethnic and religious realities or for history. A few of those countries, like Egypt, had an historical identity, but countries like Iraq, Arabia Saudi, Jordan, or even the Emirates lacked even that.

“It is worth remembering that the Kurdish issue of 30 million people divided among four countries was created by European powers.

“The colonial powers installed kings and sheiks in the countries that they created. To run these artificial countries, strong hands were required. So, from the very beginning, there was a total lack of participation of the people, with a political system which was totally out of sync with the process of democracy that was happening in Europe.

“With a European blessing, these countries were frozen in feudal times.”

Two key issues come out of this analysis:

1. The fact that Western powers usually confuse the concept of “Nation” with that of “State”. Such confusion, apart from wrongful, could be due to either a historic negligence of the impact on their colonies, or be made following the famous “Divide and Rule” doctrine.

A “Nation” is made of a homogeneous group of people sharing common ethnic roots, language, beliefs, traditions and ways of life. Nation is a human, social, ethnic concept. A “State”, instead, is usually a “geographical” artificial grouping of peoples of different roots.

In the case of the Middle East, Syria and Lebanon, for instance, appeared as “States” following the British-French colonial policies, which were implemented as a consequence of the Sykes-Picot agreement.

Since then, the Middle East “new States” would divide the Kurds mainly between Turkey, Iraq and Syria; would force parts of Shii and Sunni to live under one flag, and would group diverse ethnic groups within the limits of artificial borders.

A State like Lebanon, for instance, is made of up to 18 different major and minor communities. Can you image a European State with less than six million inhabitants belonging to such a high number of different communities?

Inter-community, externally-fed tensions would necessarily be unavoidable. And all parties in conflict would be duly armed with Western weapons, and some of them with Russian armaments.

All that while a good number of Arab regimes have been used to blindly hear and listen to the their (Western) Master’s Voice. If they did otherwise, they would immediately be kicked out.

No wonder then that there have been, are and will always be big internal tensions in the region. Not to mention the huge business of oil and weapons and the big power games.

The Over-Written, Under-Reported Middle East – Part I: Of Arabs and Muslims

2. The second reason, which has been mentioned by Savio in his analysis as a consequence of the first one, is also clear:

“The colonial powers installed kings and sheiks in the countries that they created. To run these artificial countries, strong hands were required.”

In the case of the North of Africa – specifically Mauritania, Algeria, Tunisia and Egypt as well as Sudan – these have been systematically ruled by military regimes that used oppression, suppression of freedoms, torture and corruption in the name of the recurrent argument of “national security.” Iraq and Syria suffered this very same fate.

As a consequence, the peoples of these countries would be irrationally impoverished and deprived from any kind of rights.

Such a situation has never been contested by Western powers. Yes, their leaders would from time to time, talk about the need to respect human rights, democracy, etc.

The fact is, however, is that none of the former colonial powers, nor their successor in the region – the United States has never lifted a finger to remove those regimes. Which by the way, have been labelled as “allies.”

Hosni Mubarak’s military regime in Egypt, for instance, would be considered as a “moderate” ally.

In the name of God

The systematic, lasting oppression of the peoples would be intensively exploited by political-religious movements such as the Muslim Brotherhood.

This would gain popular support among disparate populations, who would look at it as the “last hope” to save them from oppression and poverty – after all, their Imams would speak to them in the name of God. And God is fair, just, compassionate, exactly what they needed.

Who funds the terrorists?

In a rapid succession of events, a growing number of self-proclaimed “Islamic” groups would devote their “raison d’être’ to perpetrating brutal, inhumane, anything else but religious acts of terror. Some make highly lucrative business though illegally selling oil from occupied fields and refineries -mainly in Iraq and Libya – at half of market prices to big multinationals. See what former national security adviser, Mowaffak al Rubaie has just stated: ‘Oxygen for jihadists’: ISIS-smuggled oil flows through Turkey to intl markets – Iraqi MP).

On top of that, those extremist groups get cheap weapons mainly from dissolved former Iraqi army and from disintegrated Libya.

In fact, the first government “installed” in Libya after NATO intervened there following the 2011 popular uprising estimated that there would be up to 25 million weapons out of the central authorities’ control in this North African oil-rich country.

That’s not to mention the big money generated through their active involvement in migrants and refugees trafficking.

Last but not least: all the above mentioned facts are originated in Western sources!

Egyptian-born, Spanish-national, secular journalist Baher Kamal tries to “de-mythify” some of the most common stereotypes circulating around the Middle East region. Here he explains some of the roots of its drama.