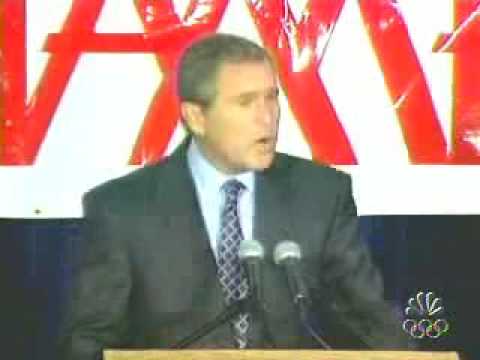 With pundits and columnists dissecting and critiquing every word uttered by GOP front-runners Ben Carson and Donald Trump, comparatively little attention has been paid to the positions and affiliations of a far more electable Republican presidential candidate: Florida Senator Marco Rubio. 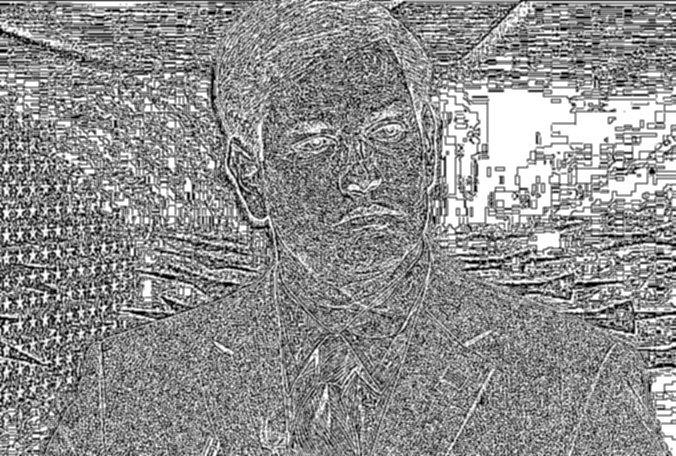 Unlike Trump or Carson, Rubio is considered a stalwart member of the party’s establishment wing, standing out in the crowded Republican primary field for his comparatively moderate stances on issues such as immigration reform. While he lags behind Trump and Carson in most polls and runs neck-and-neck with “Tea Party” evangelical Ted Cruz, Rubio is primed to jump to first should the spectacle of the “anti-establishment” candidates finally run its course.

Beyond his veneer of reasonableness, however, Rubio has established himself as the most adept of the Republican candidates at regurgitating the militaristic talking points of the party’s neoconservative wing. His competency in this regard has earned him the favor of influential hawkish donors like Sheldon Adelson, as well as an array of neoconservative political operatives.

Rubio is in fact a dark horse candidate who, more explicitly than any of his competitors, would usher back into power the Bush-Cheney school of foreign policy.

Bolstered by an all-star cast of Bush-era foreign policy ideologues, the Florida senator has echoed Israeli Prime Minister Benjamin Netanyahu that the “conditions” do not exist for a two-state solution to the Israeli-Palestinian conflict; vowed to renege on the Iran nuclear deal and re-impose sanctions on the country, potentially putting the United States on the path to another catastrophic war in the Middle East; and promised to rescind the Obama administration’s diplomatic achievements with Cuba, further alienating the United States in Latin America.

With respect to other great powers, Rubio has stated he is “open to Ukraine joining NATO,” a move that would be immensely provocative to Russia and could put Washington on the hook for any further escalation of the conflict in eastern Ukraine. He’s also asserted that he would “restrict Russian access” to the SWIFT international payment system, essentially cutting Russia out of the world economy and plunging the world to the cusp of a global war. On China, Rubio has designs just as aggressive, calling for the United States to “engage with dissidents” and “champions of freedom” within the country, using language that implies a regime change agenda.

This specter brings to mind the phrase famously misquoted by former President George W. Bush: “Fool me once, shame on you; fool me twice, shame on me.”

Perhaps the most consequential relationship Rubio has built for his presidential campaign has been with billionaire casino mogul Sheldon Adelson — a major funder of Republican causes and hardline “pro-Israel” initiatives in particular. Rubio’s courtship of the controversial mega-donor has spurred criticism even from Donald Trump, who tweeted in October: “Sheldon Adelson is looking to give big dollars to Rubio because he feels he can mold him into his perfect little puppet. I agree!”

Obsessed with imposing his hawkish worldview on both U.S. and Israeli politics, Adelson has been described by veteran journalist Bill Moyers as the “unofficial head of the Republican Party” and the “uncrowned King of Israel.” Adelson doled out an estimated $100 million — more than anyone else in American history — during the 2012 presidential election, at first in support of Newt Gingrich and then to the Mitt Romney/Paul Ryan presidential ticket.

The key to Adelson’s wallet is the issue most near and dear to his heart — and the one on which he’s most out of step with decades of mainstream U.S. policy: Israel.

Adelson’s stance on the Israeli-Palestinian conflict and the broader Middle East can most charitably be described as Manichaean. Less charitably, it’s racist and reactionary. Adelson has disparaged the two-state solution, denying even the existence of the Palestinians as a distinct people; called for a nuclear bomb to be dropped on Iran; and dismissed concerns that Israel’s treatment of Palestinians was undermining its democracy with a “So what?”

Adelson is to the right of even the American Israel Public Affairs Committee — or AIPAC, the famous “pro-Israel” lobby — breaking with the group in 2007 over disagreements on U.S. economic aid to the Palestinian Authority. He’s instead propped up a host of uber-hawkish advocacy organizations that have helped make his extremist visions politically viable, such as the Zionist Organization of America, Christians United for Israel, the Republican Jewish Coalition, and the Foundation for Defense of Democracies, among others.

In April, Politico reported that Rubio has “reached out to Adelson more often than any other 2016 candidate” and “provided him with the most detailed plan for how he’d manage America’s foreign policy.” The piece added that Rubio phones Adelson “every two weeks” and is the “clear frontrunner” to win the “Sheldon Adelson primary.” A follow-up article in October added that a “formal endorsement” is imminent, “and with it, the potential for a multimillion dollar contribution.”

In Israel, meanwhile, Adelson has twisted the country’s political landscape by publishing and freely distributing the right-wing newspaper Israel Hayom, which fostered the rise of Benjamin Netanyahu and right-wing parties like the Likud. Bloomberg reported in June that Israel Hayom has “all but anointed” Rubio.

On the Campaign Trail

Rubio’s courtship of the neoconservative right may already be paying dividends for his presidential campaign.

For example, a dubious nonprofit “social welfare” group — which, under U.S. campaign finance law, doesn’t have to disclose any of its funders — has paid for all of Rubio’s early-state TV ads, including ones railing against the Iran nuclear deal. The New York Times has said of the group, called the Conservative Solutions Project: “Mr. Rubio’s heavy reliance on the group effectively keeps secret the identities of some of his biggest supporters, making it impossible to know whose agenda the senator may be embracing. Mr. Rubio has avidly courted the casino billionaire Sheldon Adelson, for example, even signing on in June as a co-sponsor of an Adelson-backed bill that would restrict Internet gambling.”

Adelson’s Venetian Hotel in Las Vegas will play host to a Republican debate on December 15, an arrangement that has led to officials from other campaigns to worry that the audience will be pre-picked to be in favor of Rubio. A recent Politico story stated that “top campaign officials” have “pressed the Republican National Committee” on whether Adelson would be able to receive a “block of tickets” to “stack the crowd for his favored candidate.” The piece added that Adelson is widely believed to formally get behind Rubio in the near future.

While Adelson waits in the wings, Rubio’s already won the official support of another major hardline “pro-Israel” donor: hedge fund billionaire Paul Singer. Declaring his endorsement in October, Singer described Rubio in a letter to his network of like-minded donors as the “strongest choice” for the nomination. According to CNN, Singer’s support is a huge boost for Rubio, and a blow to rivals like Jeb Bush, “because the billionaire has a vast network of people who will give hard dollars to Rubio and lots of money to his super PAC.”

Rubio’s political career was in fact jump-started by powerful donors in the ideological vein of Adelson and Singer. Norman Braman, a Florida businessman with a decisively hawkish attitude on U.S. Middle East policy, has been the “single-largest backer of Rubio’s presidential campaign” thus far, according to the Jewish Telegraphic Agency (JTA). Braman, a billionaire who’s funded illegal Israeli settlements in the occupied West Bank, took Rubio on a trip to Israel shortly after he was elected to the Senate.

The JTA has reported that Braman’s relationship with Rubio goes back to Rubio’s early political career. The donor “helped finance the young senator’s legislative agenda, employed Rubio as a lawyer, hired Rubio’s wife (a former Miami Dolphins cheerleader) as a philanthropic adviser, helped fund Rubio’s position as a college instructor, and assisted Rubio with his personal finances.”

Return of the Neoconservatives

In fact, it’s been drawn up by the same neoconservatives who so discredited themselves with their disastrous foreign policy adventurism during the George W. Bush administration. Even Rubio’s campaign slogan, “A New American Century,” is almost certainly a homage to the infamous neoconservative letter-head group, the Project for the New American Century (PNAC), which played a decisive role in agitating for U.S. intervention in the Middle East prior to 9/11 and in the lead up to the Iraq War.

Rubio has also been advised by the avowedly militarist John Hay Initiative, an advocacy group founded in 2013 by former Romney advisor Brian Hook and former George W. Bush administration officials Eric Edelman and Eliot Cohen. The Hay Initiative consists of more than 250 “experts,” of whom the vast majority have hawkish track records, and is “structured somewhat like a campaign foreign policy team in waiting,” according to the Daily Beast. Observers have opined that the group is a “rebirth of the Project for the New American Century.”

Another Rubio advisor, neoconservative Council on Foreign Relations fellow Max Boot, recently garnered attention for his call for the United States to unilaterally declare a Sunni autonomous region in Iraq. Rubio promptly echoed him, stating that as president he would “demand” that Iraq’s government grant “greater autonomy” to the country’s Sunni regions.

On his official campaign team, Rubio has appointed Jamie Fly as his “counselor for foreign and national security affairs.” A former director of the Foreign Policy Initiative, another PNAC successor organization that was founded in 2009 by Robert Kagan and Bill Kristol, Fly co-wrote a paper in 2012 with Gary Schmitt (of PNAC fame) that explicitly called for a military attack on Iran that would “destabilize the regime.”

Is Rubio’s full-spectrum saber-rattling just campaign rhetoric, or is it reflective of what he would actually do as president? Either way, his water-carrying for hardline donors and disgraced foreign policy entrepreneurs is bad news for global peace and stability.

Sina Toossi is the assistant editor of Right Web, a project that monitors the efforts of militarists to influence U.S. foreign policy. He tweets @SinaToossi.