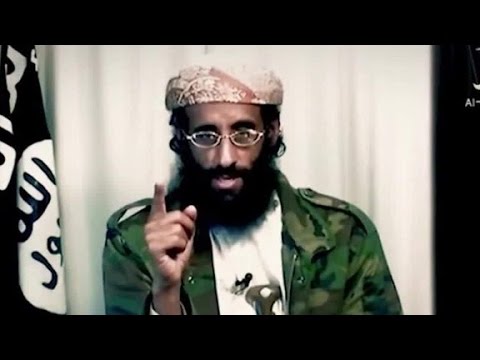 One in 3.5 million: That’s your annual risk of dying from a terrorist attack in the United States, at least according to Cato analyst John Mueller. Rounded generously, that comes out to roughly 3 one-hundred thousandths of a percentage point, or 0.00003 percent.

And this, according to a recent Gallup poll cited by The New York Times, is the percentage of Americans “worried that they or someone in their family would be a victim of terrorism”: 51.

So that’s 51 percent of Americans who think a terrorist attack against themselves is sufficiently likely to warrant their personal concern, versus a 0.00003 percent chance it might actually happen. If you’ll forgive my amateur number crunching, that means Americans are overestimating their personal exposure to terrorism by a factor of approximately 1.7 million.

A public mood that overestimates the risk of terrorism by upwards of 2 million times, you might imagine, is a pretty significant headwind for a presidential administration that — with a few notable exceptions, like the surge in Afghanistan and the free-ranging drone war — has generally sought to wind down the full-blown militarized response its predecessor took to terrorism.

But more militarization, particularly in the Middle East, is exactly what this insanely distorted threat perception would seem to demand. With Americans more fearful of terrorism than at any time since 9/11, it’s no wonder Republican presidential candidates like Ted Cruz can call for bona fide war crimes like “carpet-bombing” Syria — and then revel in applause rather opprobrium.

In a more rational world, it would be easy to explain away the problem by arguing that the risk of terrorism in the U.S. is actually quite small, while the human costs of yet another ill-considered military intervention in the Middle East could be enormous. But the politics of terrorism are anything but. “As a society we’re irrational about it,” said a former administration security official quoted by the Times. “But government has to accept that irrationality rather than fight it.”

Gawker‘s Hamilton Nolan drew a less charitable conclusion from those comments: “The public is too dumb to hear the truth about terrorism.”

All this helps explain why Obama said what he did about America’s ongoing ISIS war in his final State of the Union address. “Masses of fighters on the back of pickup trucks and twisted souls plotting in apartments or garages pose an enormous danger to civilians and must be stopped,” he allowed. “But they do not threaten our national existence. That’s the story [the Islamic State] wants to tell; that’s the kind of propaganda they use to recruit.”

In all this, Obama was essentially correct. Yet he tempered this disclaimer with the reassurance that “We spend more on our military than the next eight nations combined” — a fact more commonly cited by critics of America’s post-9/11 militarization than its supporters.

And then came an appeal to the carpet-bombing constituency.

Calling the Islamic State “killers and fanatics who have to be rooted out, hunted down, and destroyed,” Obama boasted: “With nearly 10,000 air strikes, we are taking out their leadership, their oil, their training camps, and their weapons. We are training, arming, and supporting forces who are steadily reclaiming territory in Iraq and Syria.”

Obama wanted to temper the hysteria of those who would look at ISIS and claim, as he put it, “this is World War III.” But given the apparently prevalent view to the contrary, he had to reassure his listeners that we’re still dropping an awful lot of bombs. It’s a college try at breaking the political taboo, identified by the Times, against lecturing people about the real — and low — risk of terrorism.

Unfortunately, that only illustrates a much deeper American taboo about foreign terrorism against the United States: namely, admitting that it’s almost always a response to U.S. foreign policies.

Obama said something else that was pretty instructive: “In today’s world, we’re threatened less by evil empires and more by failing states.” That’s true, basically: There’s no conventional power on earth that poses an imminent military threat to the U.S.

But why, then, should “failing states”?

The usual answer is that weak or failing states offer fertile ground for militant groups to organize, train, recruit, and arm themselves. That’s how the Arab-dominated group that became al-Qaeda used Afghanistan in the years between the Soviet invasion and the 9/11 attacks (though they also plotted in decidedly stable environs like Hamburg). And it’s how the Islamic State is using Syria now after bursting out of its origins in Iraq, where it formed the core of a Sunni insurgency against the U.S.-backed Shiite government.

It makes sense that failing states might present opportunities for militant groups. And it’s reasonable to expect that failed states in the Muslim world would appeal to Islamist groups in particular. But all this explains nothing about why their militancy should uniquely threaten the United States. After all, if they’re simply religious zealots, hell-bent on killing or converting the infidels, why shouldn’t these failing states be a concern to non-Muslim powers like Brazil? Or Japan? Or South Africa?

Why aren’t they reduced to bean-counting air strikes on countries halfway around the world?

The simple answer is that no other non-Muslim country on earth has intervened in the region as extensively as the United States has.

Robert Pape — a political scientist who’s studied every suicide attack on record — argues that while religious appeals can help recruit suicide bombers, virtually all suicide terrorism can be reduced to political motives that are essentially secular. “What 95 percent of all suicide attacks have in common, since 1980, is not religion,” he concludes. Instead, they have “a specific strategic motivation to respond to a military intervention, often specifically a military occupation, of territory that the terrorists view as their homeland or prize greatly.”

Let’s look at some of our favorite demons.

In the years before al-Qaeda pulled off the 9/11 attacks (and since, for that matter), the U.S. propped up dictatorships in places like Saudi Arabia and Egypt, which ruthlessly repressed Islamist challengers. It armed and protected Israel, even as the country bombed its Muslim (and Christian) neighbors in Palestine and Lebanon, and violated UN resolutions against illegal settlement building in occupied Palestinian lands. And in between its two full-scale invasions of the country, the U.S. imposed a devastating sanctions regime on Iraq, which restricted the flow of food and medicine and is estimated to have caused some half a million Iraqi children to die.

Some Washington policy makers have professed benign motivations for these policies — in making strategic partnerships against terrorists, for example, protecting a besieged ally, or attempting to undermine the Iraqi dictatorship. But one could forgive the victims of those policies for seeing them differently.

In his letter explaining the 9/11 attacks, Osama bin Laden mentioned all of these things and more to argue that U.S. intervention in the Muslim world had to be stopped. Aside from its anti-Semitic ramblings, social conservatism, and appeals to the Quran, in fact, parts of the letter could have been written by any reputable international human rights organization.

Similarly, the Islamic State — an avowedly murderous organization, to be sure — emerged out of a Sunni insurgency against an increasingly sectarian U.S.-backed government in Baghdad after the second Iraq War, expanding into Syria in an audacious bid for strategic depth and territory. To the extent that it’s engaged in international terrorism — against France, Turkey, Lebanon, and Russia, among others — the attacks have been levied principally against foreign powers that have thrown themselves into the Syrian civil war on the side of its enemies.

If ISIS attempts to attack the U.S., it will certainly serve a propaganda purpose like the one Obama described. But it will also serve as a counterattack for those 10,000 air strikes he boasted about.

All things considered, given the scope of U.S. actions in the Middle East since 9/11 — by my count we’ve toppled three governments, launched a drone war stretching from Somalia to the Philippines, and sent hundreds of thousands of troops to Iraq and Afghanistan — a 0.00003 percent per capita risk of terrorism is quite modest, even if it feels much higher to some critics of the president.

But with Obama responding to those critics by launching “nearly 10,000 air strikes” and “training, arming, and supporting” a hodgepodge of armed forces in the region, there’s a very significant risk that our inflated threat perception will become a self-fulfilling prophecy.

The fact is, there’s not a bomb on this planet powerful enough to heal the political divisions in Iraq and Syria that have enabled the rise of ISIS. But if Obama legitimizes his hawkish critics by papering over the problem with bombs, he’s only paving the way for the Ted Cruzes and Donald Trumps of the world to argue that if some bombs are good, more bombs are better. And our fear-fueled plunge into intervention will only deepen our exposure to terrorism.

Peter Certo is the editor of Foreign Policy In Focus.