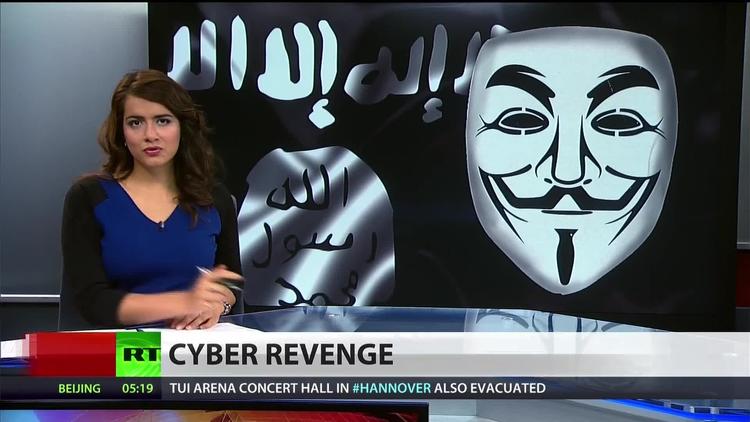 Not long ago I wrote a piece that explored various facets of how Daesh, the organization, relates to the internet most broadly. The piece was timely and the debates it addressed have not died down. If anything, they’ve intensified. I also highlighted in that piece the ways that Daesh was controlling access to the internet inside its own territories, struggling to balance its need to disseminate propaganda and recruit new members while also heavily controlling media inside the caliphate. Since its publication, a number of new facets of this topic have arisen that are worth exploring. They add even more nuance to the complex wrestling for control going on in the digital realm between various governments, Daesh, Anonymous, and social media corporations.

First, the ongoing attempts to get Daesh off the corporate internet continue. The organization has become very fond of an encrypted messaging app called Telegram. Right after the attacks in Paris, Telegram shut down 78 ‘channels’ on its platform that were being used by Daesh. These channels were in any one of twelve different languages and one channel, Nasheer, had 18,000 followers. This has helped add fuel to the fire of the ongoing debate over encryption, which I will return to below.

In addition to the frenzy of Daesh activity on Telegram, the organization has created its own emoji. As one might expect, they’re gruesome and represent the violent scenes Daesh has become infamous for in its propaganda. The emojis also depict the organization’s flag, various weapons, and execution scenes. In short order, other organizations and militias stole Daesh’s idea and began to make their own emojis. Just what the internet needed, right?

Second, a new dimension arose in the ongoing struggle which finds Daesh and corporate social media pages at its center. We’ve already seen the NSA force social media companies and email providers to hand over user data. We’ve seen hackers from the Anonymous hacker collective target both Daesh and major US government officials. Far from just disseminating propaganda, Daesh has hacked US government sites too. Now, a widow of an American man killed in Jordan is suing Twitter for failing to stop the dissemination of Daesh propaganda on its site. Her lawsuit is based on the claim that Twitter “knowingly permitted” Daesh members to use its site to spread violent propaganda. “Without Twitter, the explosive growth of ISIS over the last few years into the most feared terrorist group in the world would not have been possible,” the woman alleges. As I wrote in the first post, Twitter has actually been making constant efforts to remove Daeshi profiles, and my own experiences trying to follow some of these accounts confirm this. They’re constantly disappearing. Late last year, Daesh did succeed in hacking thousands of twitter accounts in order to disseminate its own propaganda. Similarly, the appearance of a profile on Linkedin of a young teacher who lives inside the caliphate surprised many, but it too was taken down very quickly.

Despite the fleeting nature of Daesh’s presence on social media, it is a powerful recruiting tool. This in-depth piece debates a number of different approaches to combatting the propaganda, but one German official complained about the failure of various efforts: “We are like boxers punching in the dark.” The White House convened a meeting recently to address the question of what to do about Daesh on the internet. Based on a copy of the meeting’s agenda published by the Guardian, it was set to focus heavily on social media, with the US government pushing companies like Facebook and Twitter to do more to keep Daesh propaganda off their platforms. The US will begin trying to put together more localized anti-terror messages rather than the videos it was previously making. That comes after cycling through three different leaders of the unit coordinating these efforts in a year. The Anonymous hacker collective, for its part, has released a how-to guide for beginners as part of its #OpParis who want to challenge Daesh online.

Finally, governments have been taking very shortsighted measures against end-to-end encryption in the hopes of accessing encrypted messages. Their bumbling strategies to deal with the Daesh militarily are sadly recreated in the digital realm. Encryption has become the center of these ham-fisted attempts to thwart terrorist planning and propaganda online. Yet encryption has been a hot issue for some time, especially since Edward Snowden exposed that the US government had deliberately weakened encryption protocols. Cryptography experts continue to insist there is no way to insert a backdoor without fundamentally weakening the encryption. Apple, Google, Microsoft and dozens of others all signed a statement saying the same thing, that weakening encryption is counterproductive. The EFF has been steadfastly against weakening encryption as well. It is one of the best means of defense available in the digital realm, and there’s no way to preserve its strength for some while leaving others exposed. It is the only reason e-commerce is possible in its current form. Then again, even with the capabilities the US government has, it’s not clear that mass surveillance has actually stopped any attacks. The US government’s focus on encryption or surveillance at the center of the debate about Daesh is misleading and gets no closer to defeating the organization on the ground. Daesh did not emerge nor does it survive because of encryption, and the focus must remain on its “caliphate”.