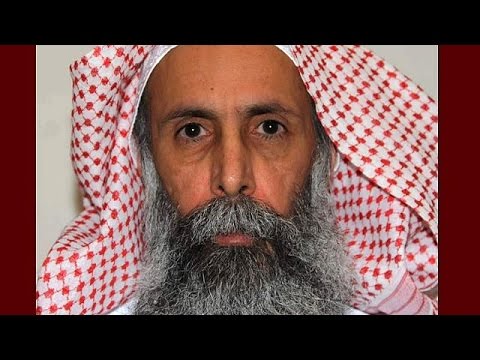 (Beirut) – Saudi authorities carried out the largest mass execution in the country since 1980, putting 47 men to death on January 2, 2016. According to the Saudi state news agency, all of the men were convicted on terrorism charges, and most were members of Al Qaeda. The mass execution to begin 2016 follows 158 executions in 2015.

“Saudi Arabia had a shameful start to 2016, executing 47 people in a day, after a year with one of the highest execution rates in its recent history. The death penalty is never the answer to crimes, and executing prisoners en masse further stains Saudi Arabia’s troubling human rights record.

Among those executed were at least four Saudi Shia men, including Sheikh Nimr al-Nimr, a prominent Shia cleric sentenced to death in 2014 after a Saudi court convicted him on a host of vague charges apparently based largely on his peaceful criticism of Saudi officials. The 47 executions were carried out inside prisons across 12 different provinces in Saudi Arabia. In each prison, the men were beheaded except for four that used firing squads, according to Reuters news agency.

“Saudi Arabia had a shameful start to 2016, executing 47 people in a day, after a year with one of the highest execution rates in its recent history,” said Sarah Leah Whitson, Middle East director at Human Rights Watch. “The death penalty is never the answer to crimes, and executing prisoners en masse further stains Saudi Arabia’s troubling human rights record.”

Saudi authorities first warned they would carry out a mass execution in late November 2015, when local newspaper Okaz reported that Saudi Arabia would execute 55 men “belonging to Al Qaeda and Awamiyya,” the Shia town in Saudi Arabia’s Eastern Province from which al-Nimr hailed.

The announcement did not specify which men were convicted for which crimes, but did note that only four of the 47 were convicted of Hadd (“limit”) crimes for which Islamic law mandates a specific punishment, including the death penalty, while 43 were sentenced to death based on judicial discretion.

The charges against al-Nimr included “breaking allegiance with the ruler,” “inciting sectarian strife,” and supporting rioting and destruction of public property during 2011-2012 protests in Shia-majority towns and cities. The proceedings of Saudi Arabia’s Specialized Criminal Court, which conducted his trial in 13 sessions over a year and a half, raised serious fair trial concerns, including vague charges that do not resemble recognizable crimes and trial sessions held without informing al-Nimr’s legal advocate.

Authorities arrested al-Nimr in June 2012 and held him for eight months before bringing charges, although the Interior Ministry had labeled him an “instigator of discord and rioting” after his arrest. Officials claimed that he resisted arrest and rammed a security force vehicle, leading to a gun battle in which al-Nimr was wounded. Purported photos of the incident released by the local media show the wounded sheikh slumped in the back seat of a car wearing a bloodied white robe. A family member told Human Rights Watch that al-Nimr did not own a gun and that they dispute the claim that he resisted arrest.

Local activists and family members told Human Rights Watch that al-Nimr supported only peaceful protests and eschewed all violent opposition to the government. A 2011 BBC report quoted him as supporting “the roar of the word against authorities rather than weapons … the weapon of the word is stronger than bullets, because authorities will profit from a battle of weapons.” In another video available on YouTube, al-Nimr states, “It is not permitted to use weapons and spread corruption in society.”

Saudi Arabia systematically discriminates against its Shia citizens, who constitute 10 to 15 percent of the population. This discrimination reduces Shias’ access to public education and government employment. They do not receive equal treatment under the justice system and the government impairs their ability to practice their religion freely, rarely providing permission for Shia citizens to build mosques.

Al-Nimr’s 2012 arrest caused demonstrations in Awamiyya, a Shia village in the Qatif district that has been the site of anti-government demonstrations since 2011. Media reported that security forces shot and killed two demonstrators on the evening of al-Nimr’s arrest.

The local activists, who asked not to be named for fear of arrest, said that al-Nimr had a strong following among Shia youth because of his outspoken criticism of government policies and advocacy of greater rights for Shia. In late March 2009, al-Nimr suggested in a Friday sermon that the Shia might consider seceding from Saudi Arabia if the government continued to deny their rights. When security forces tried to detain him, he went into hiding. After his execution, Saudi Arabia deployed security forces to Qatif, maintaining a heavy presence as crowds gathered to protest, according to Middle East Eye, an online news site.

Human Rights Watch has documented longstanding due process violations in Saudi Arabia’s criminal justice system that make it difficult for a defendant to get a fair trial even in capital cases. A Human Rights Watch analysis in September revealed serious due process concerns during four trials of Shia protesters before the Specialized Criminal Court. They include broadly framed charges that do not resemble recognizable crimes, denial of access to lawyers at arrest and during pretrial detention, quick dismissal of allegations of torture without investigation, and admission of confessions that defendants claimed were coerced.

“Saudi Arabia’s execution of a prominent Shia cleric following an unfair trial only adds to the existing sectarian discord and unrest,” Whitson said. “Saudi Arabia’s path to stability in the Eastern Province lies in ending systematic discrimination against Shia citizens, not in executions.”