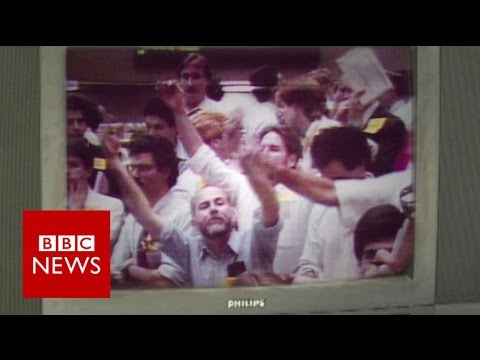 LONDON – Price movements as large and rapid as those that have upended oil markets since June 2014 are sure to cause pain to some and benefit others. Though the pain tends to capture the most attention, the benefit is just as important – if not more so. The 70% drop in the price of a barrel of crude represents a colossal transfer of $3 trillion in annual income from oil producers to oil consumers.

As a result, while sliding equity markets and a further decline in oil (and other commodity) prices have sparked much talk of another global recession, dire predictions are likely to prove overly gloomy and misdirected. To be sure, the dramatic drop in the price of oil will produce winners and losers. But the biggest dangers will be political, not economic.

The shift in fortunes can perhaps best be seen on the boarding passes of International Monetary Fund officials. Rather than going to Athens, they are now heading for Baku. Indeed, Central Asia’s oil-producing dictatorships, including Azerbaijan, have been among the countries hardest hit by the drop in prices – especially because, as ex-Soviet states, they remain heavily dependent on trade with Russia, another oil producer.

The biggest beneficiaries of the price slump will be the highly indebted, oil-importing countries of the eurozone: Greece, Italy, and Spain (Germany, too, is likely to benefit). Their export markets in emerging economies will suffer, damping hopes of a trade-led recovery, but that negative effect stands to be more than offset by the windfall from a big drop in energy costs. Growth in the eurozone will be based on the resulting increase in domestic demand, rather than exports.

The United States and the United Kingdom are simultaneously energy producers and importers, so the impact on their economics is likely to be more complicated. In 2013 and 2014, energy firms dominated business investment, and cutbacks in the sector will translate into lost jobs and dropping demand for the manufacturers and service companies supplying the industry.

On the other hand, consumer spending in both countries stands to rise. While US consumers have so far saved a large proportion of the windfall they have received through cheaper gasoline prices, the gains for households are starting to translate into higher levels of spending.

Economists are likely to spend months puzzling over why the effect of low oil prices has proved slow to emerge in the consumption statistics. But, ultimately, emerge they will, as they have every time such a large fall has occurred. The more important question is one for political scientists: Which governments will collapse this year, and with what consequences?

It is no coincidence that the last emerging-markets crisis, in 1997-1998, was also associated with a dramatic fall in oil prices. In that case, the two biggest victims were a dictator in Indonesia and a fragile democrat in Russia. In May 1998, nine months after the beginning of East Asia’s financial crisis, Indonesian President Suharto resigned after 31 years in office. A few months later, Russia defaulted on its sovereign debt as its currency collapsed. On December 31, 1999, President Boris Yeltsin resigned, leaving the country in the hands of his recently appointed prime minister, Vladimir Putin.

In attempting to predict which governments might face a similar fate this time, the basic criteria – in addition to the oil slump’s financial impact – are resilience and flexibility. Does a regime have the financial reserves with which to cushion the shock and buy time to adjust? Does a country have a robust banking system? Can its political system contain growing popular frustration or channel it through existing institutions? Oil-dependent regimes that fail to meet these criteria are in trouble.

This analytical framework yields surprising insights. As much as pundits like to predict the collapse of the Saudi Arabian monarchy, they are likely to be disappointed once again. The country is the world’s lowest-cost oil producer; and, though its political rigidity is beyond question, it is showing economic flexibility by cutting its budget and introducing wide-ranging reforms.

Russia, however, for all its bluster, may prove less fortunate. Its political robustness is not matched by financial and economic resilience. Putin will try to mask the pain, but at some point it is likely to become debilitating.

The potential victims are many, with worrying implications for geopolitical stability worldwide. Venezuela has been in financial crisis since long before the oil crunch, and Nigeria is looking a lot like Russia in 1998 – a fragile democracy facing a currency crisis.

As to who might become the next Suharto in the coming months, my best guess is one or more of the Central Asian oil autocrats in Azerbaijan, Kazakhstan, and Turkmenistan. In any case, this year promises to be interesting – and harrowing, if you happen to be a dictator clinging to power in an oil-exporting country.

Bill Emmott is a former editor-in-chief of The Economist.