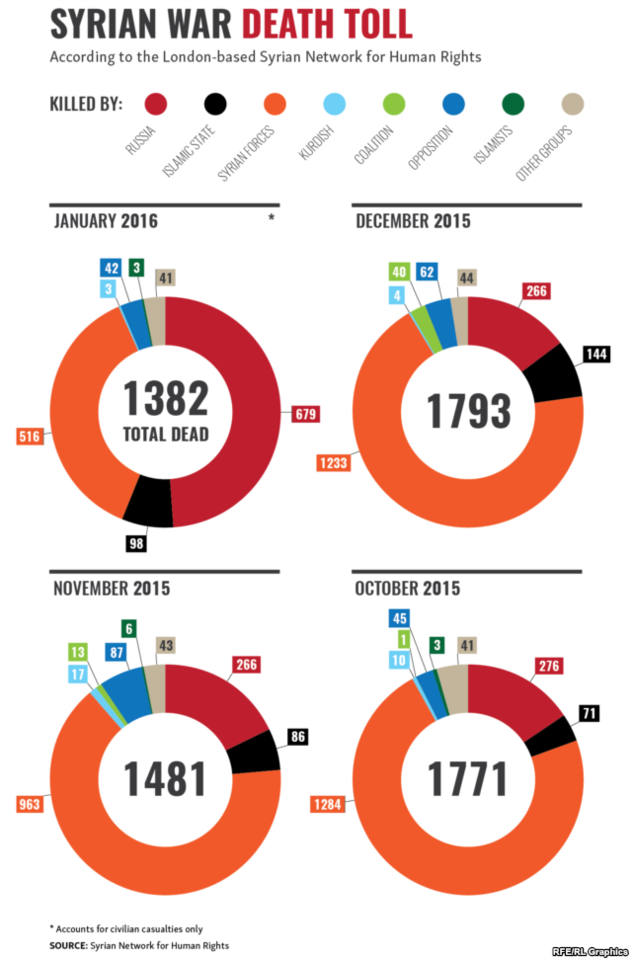 With Russia's monthslong air campaign in Syria now focused on a key rebel stronghold, Moscow can claim success in putting its stamp on the conflict and strengthening the hand of its ally, President Bashar al-Assad.

Concentrated on the northern province of Aleppo, the bombing campaign launched in late September after Assad's military suffered a string of defeats has significantly boosted Damascus's negotiating position for peace talks.

But the advancements made by Russia and Syria come with high costs.

With Russian air support, as well as reinforcements from Lebanese and Iranian Shi'ite militias, Damascus has clawed back much of the territory it lost and gone firmly on the offensive.

Now, with Assad's troops progressively encircling Aleppo, Damascus could be on the verge of its biggest victory yet.

"Should the rebel-held parts of the city ultimately fall, it will be a dramatic victory for Assad and the greatest setback to the rebellion since the start of the uprising in 2011," Emile Hokaymen, senior fellow for Middle East security at the London-based International Institute for Strategic Studies (IISS), wrote in Foreign Policy magazine recently.

This not only puts rebel forces on their back foot, but give the Assad regime military momentum that will be hard for outside actors backing Syrian rebels to reverse.

"Turkey and Saudi Arabia, the rebellion's main supporters, are now bereft of options," observes Hokaymen. He says neither country appears willing to give rebels antiaircraft missiles out of fear of Russian punitive actions, leaving the rebels without cover from further air assaults.

The redrawing of the Syrian battlefield likely means it will be the opposition, not the regime, that feels the greatest need to negotiate a peace.

That is clearly not the result envisioned by the various forces fighting Assad, or their outside supporters, just a few short months ago. 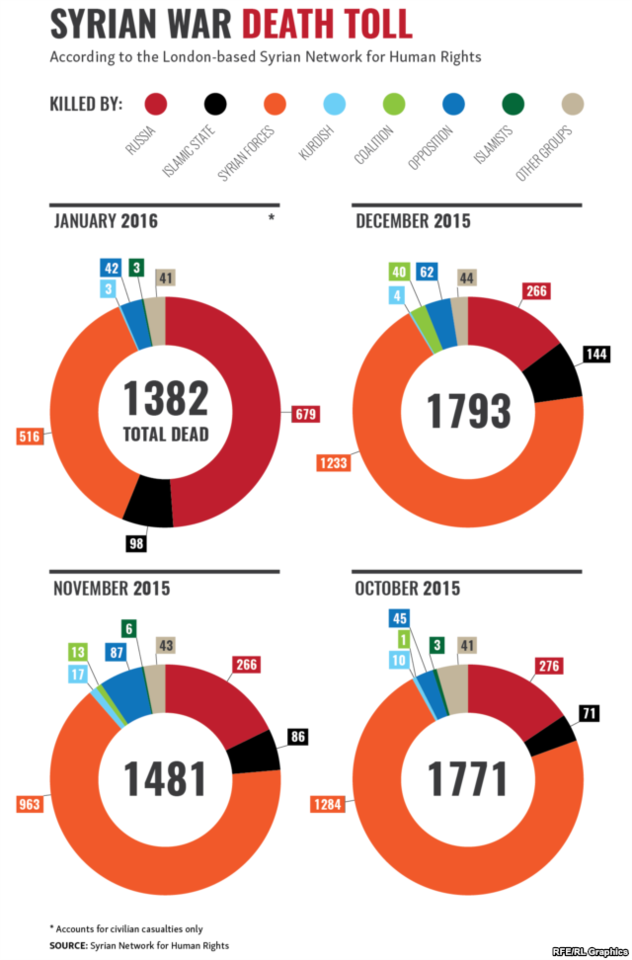 With intra-Syrian peace talks still a possibility, world powers managed to agree to the need for a "cessation of hostilities" in Syria following talks on February 11. The move could be seen as a positive for the holding of peace talks, which were suspended in early February as Russia's air campaign intensified even as negotiators were assembled in Geneva, and the main Syrian opposition coalition welcomed the announcement.

But the cease-fire agreed in Munich by the 17-member International Syria Support Group, which would go into effect in mid-February, would not halt Russia's bombing of what it considers terrorist targets in Aleppo.

In effect, Russia is bombing Assad's enemies into a corner.

"I think [U.S. Secretary of State John] Kerry has delivered a very clear message to the opposition that the negotiation room is where they can achieve the most, given the Russian intervention," says Ayham Kamel, Middle East and North Africa director at Eurasia Group in London.

The challenge for the West will be to still broker a peace in Syria that leads to an elected representative government and the departure of Assad from power. But how and when that happens could now hinge largely on Moscow's readiness to force Damascus to make concessions in the interest of stabilizing the country.

"This is what we are heading towards, a deal in which Russia has influence, cements its presence in the Mideast, preserves the interest of its allies, but also forces them to compromise," says Kamel.

Moscow's role as deal-broker will not come cost free, however. Russia's unilateral actions in Syria add to an already very mixed assessment in the West of whether it can be a reliable partner in solving global crises — a role that President Vladimir Putin has pushed often as a counterweight to the world's negative reaction to his interference in Ukraine.

Russia's notable contributions to the deal struck between world powers and Tehran to end the Iran nuclear crisis gave some traction to the idea that Moscow could help, rather than hinder, international efforts against terrorism and drug trafficking.

But Moscow's decision to carry out air strikes during the UN-brokered peace talks that opened in Geneva last month was roundly criticized by Western diplomats, straining the already tenuous faith in Russia as a potential partner.

The cease-fire agreed in Munich on February 11 did little to assuage concerns. Kerry and Russian Foreign Minister Sergei Lavrov both took a cautious approach in assessing the agreement, which the BBC quoted some diplomats as saying was "not worth the paper it's printed on."

Those diplomats, no doubt, were well aware of Russia's response to calls by the UN Security Council just a day earlier to halt its bombing around Aleppo. Russian UN Ambassador Vitaly Churkin, in rejecting the idea, labeled it an effort to exploit the humanitarian crisis in Syria for political purposes.

The reluctance to stop concentrating on Aleppo strengthens long-standing doubts about Russia's stated reason of getting involved in Syria — fighting the Islamic State extremist group.

If that is Moscow's true intention, the West has argued, then Moscow should stop bombing rebel-held areas of cities and direct its fire toward IS extremists.

As recently as February 3, the United States said Russian forces do not attack IS unless its fighters are battling Assad's troops, and that only some 10 percent of Russia's air strikes so far have targeted the extremist group.

The prospect of Assad retaking Aleppo with Russia's help would not only add to the questions about Moscow's intentions, it has led to worries that the Islamic State or Al-Qaeda-linked militants could benefit, and regional stability could suffer further.

An unexploded cluster bomblet is seen along a street after air strikes by pro-Syrian forces in the rebel held town of al-Ghariyah al-Gharbiyah in Deraa Province on February 11.2016

"The now plausible rebel collapse in the Aleppo region could send thousands of fighters dejected by their apparent abandonment into the arms of Nusra or IS," warns Hokaymen of the International Institute for Strategic Studies.

The ongoing campaign around Aleppo has caused tens of thousands of people to flee the city for the Turkish border. The exodus has added to the Syrian refugee crisis that already has seen 4.5 million people flee to neighboring countries and Egypt. Since last year, thousands have moved on further to seek refuge in Europe, helping fuel the migrant crisis there.

No certain statistics are available for how many civilians have died in Syria as a result of the intense Russian bombardment of populated areas held by anti-Assad rebels. But in January a Britain-based independent monitoring group, the Syrian Observatory for Human Rights, put the civilian death toll from Russian air strikes since September at 1,015. It said 238 of those killed were children.

Some of the deaths have come with the use of internationally banned weapons.

Human Rights Watch reported on February 8 that joint Russian-Syrian Army operations over the past two weeks used cluster bombs in at least 14 attacks, killing at least 37 civilians. Because of their indiscriminate impact, cluster munitions are banned under an international convention that went into effect in 2010.

The Russian military previously has denied it has cluster munitions in Syria.