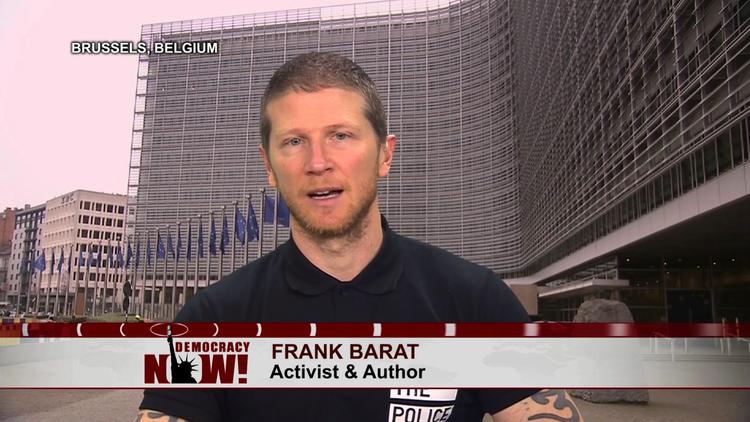 In this column Joaquín Roy, Joaquin Roy, Jean Monnet Professor of European Integration and Director of the European Union Centre at the University of Miami, says the recent terrorist attacks in Belgium indicate the need to strengthen, not weaken, European unity.

MIAMI, Mar 24 2016 (IPS) – The enemy isn’t Brussels: it’s Europe. The so-called Islamic State clearly signaled this by attacking, even more than the airport, a metro station. Maelbeek is not just another subway stop in the Belgian capital. Although the symbolism could have been more dramatic if the terrorists had chosen the neighouring station named after Robert Schuman…but perhaps the tighter security there dissuaded them.

The fact is that it is the symbolic heart of the European Union. Thousands of officials from the three EU institutions – the Council, the Parliament and the Commission – pass through that stop every day.

The Council, the highest EU body, represents the sacrosanct interests of the member states, which since the outbreak of terrorism and the refugee crisis have monopolised decision-making in the bloc. The Parliament, which defends the values of the citizens, feels that its voice is being ignored. The Commission, which defends the essence of the EU treaties, has submitted to the will of the member states.

In contrast with the gratuitous accusations about the EU’s supposed inefficacy, the fact remains that historically it has been a spectacular success which has guaranteed for decades what did not exist in Europe for centuries: stability, peace, progress, justice.

That has been demonstrated by the actions of thousands of immigrants and refugees who have chosen, against all obstacles, to seek refuge in Europe and the EU. They are thousands of people willing to face any risk and pay any price (monetary or personal) to place themselves under the protection of one of the few systems on the planet that can give them what they long for.

This detail has been noticed by the terrorists who have finally identified the ultimate enemy of their actions. It isn’t the states, national societies, governments, or individual capital cities that have already been the victims of their hate, but an entity that tenaciously demands recognition.

The EU still has the potential to become an effective shield, not only to guarantee Europe’s survival as a civilisation, but to be an effective agent of the practical efficacy to fulfill the needs of its citizens. At the same time, it shows that people overseas who desperately want to be under Europe’s protection are right.

Up to now, the terrorists’ targets have been mainly national, in order to trigger, so far without success, a nationalistic and self-protecting reaction by governments fearful of losing their purported national sovereignty.

The attack on the emblematic subway station, the belly-button of the EU institutions, sent a crystal-clear message: the enemy is not the state. It is the collective entity that still manages to safeguard the achievements which, since nearly the end of World War II, still capture the admiration of the rest of the world.

The governments, through faint-hearted decisions in the Council of Europe itself, have on various occasions responded fearfully to terrorist attacks by curbing collective decisions. For example, in a misguided response to last November’s attacks in Paris, the French government eschewed the EU solidarity clause contained in article 222 of the EU treaty, and chose instead to invoke article 42.7 (similar to NATO’s article 5), triggering mutual defence among the member states.

Like other European countries, France decided to reduce European sovereignty, dangerously putting aside the Schengen agreement for border-free travel.

Instead of reinforcing the powers of the institutions, there was a move to strengthen national sovereignty. To obtain the cooperation of the alternative guardians of Europe’s collective authority, Turkey’s complicity in creating a barrier to the invasion of refugees was “bought” under the promise of facilitating its admission to the EU. The idea was that Brussels did not have the necessary power, which bolstered the arguments of the nationalists and of the terrorists themselves.

The attack on the Brussels metro station reminds us that terror itself recognises that the enemy is precisely the entity that the Europeans themselves want to weaken. Perhaps the time has come to return to the origins and assume, once and for all, that it was the national state that was guilty of the holocaust represented by the two European wars which nearly destroyed civilisation on the old continent. What is needed is not what numerous governments and citizen groups are demanding: less Europe. What is urgently necessary is to salvage Maelbeek station.

Instead of dismantling Schengen, what is needed is a treaty that is solid, inside and out, and that guarantees the free traffic of citizens and visitors. To bolster this argument, a supranational force should be created to oversee the borders in a collective manner, not subject to the whims of the states. What is needed is more Europe, not less.

Democracy Now!: “Frank Barat in Belgium: More War is Not the Answer to Brussels Bombings”