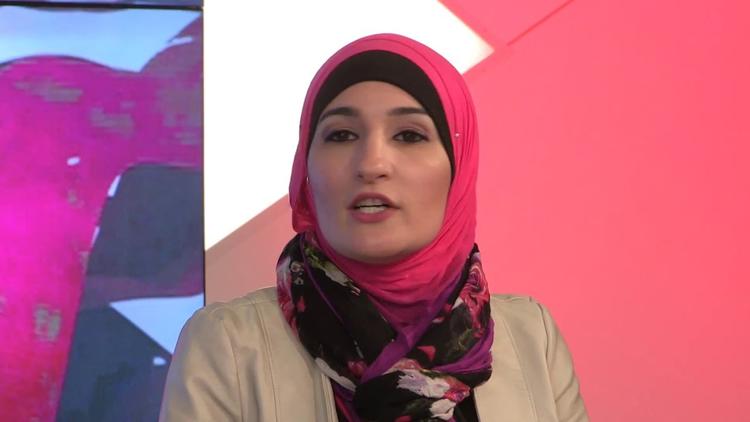 Many Arab-Americans want the Jewish candidate to be president. The prominent Arabic-language newspaper for that community in Southern California, Watan (“A Nation”), has endorsed Bernie Sanders.

This outcome is not as strange as it might appear. Arab-Americans (who include Christians and Muslims) had been split between the Democratic and Republican Parties until roughly 2003, when the Bush administration decided to invade and occupy a major Arab country. Then in 2006, the Republican Party decided to demonize Muslims by taking the religion of Islam with ‘fascism’ and ‘terrorism.’

The Muslim-Americans were stampeded into the Democratic Party, as were most Arab-Americans. It was an uneasy fit, since most Americans of both heritages are critics of Israeli policies toward the Palestinians in the Occupied Territories, whereas the Democratic Party has long been much more knee-jerk pro-Israel than the Realist Republicans (George H. W. Bush had a major tiff with Israel; Bill Clinton may as well have been an Israeli).

But with the rise of the Evangelicals in the GOP, who are revealed by opinion polls to be the most negative toward Muslims of all American populations, and the strategy of the party of appealing to ‘Angry White Men’ by denouncing immigrants and Muslims and Latinos, most Arab Americans and Muslim Americans felt they had no choice but to go Democratic. That choice has been reinforced by the hate speech against Muslims promulgated by Donald Trump and Ted Cruz in this electoral campaign. Even Kasich is guilty of some pandering to white supremacists in this regard.

Muslim Americans number only a few million; self-identified Arab-Americans are at least 5 million (it would be several times more except that many Lebanese, the largest such group, don’t think of themselves as Arab if they are Christian, and they intermarried with US Catholics and so are often only one part Lebanese). But they have an outsized impact on US elections. They have communities of several hundred thousand each in Michigan, Ohio, Pennsylvania, New Jersey and Florida. The margins of victory for the two parties in several of those states is often very thin. So several tens of thousands of Arab or Muslim voters could actually help determine the outcome, both in the state and nationally!

Both Hillary Clinton and Bernie Sanders on the Democratic side have defended American Muslims and Arabs.

Watan noted that Sanders lived in a kibbutz in his youth in what the paper calls “Occupied Palestine” (but it later spoke of “Israeli” kibbutzes). But it went on to praise Sanders for voting in 1991 to hold up aid for Israel because of its colonization of the Palestinian West Bank; and it praised him for voting in 1990 against the Gulf War (Sanders did not think the war would make the Middle East more stable).

It then lauds him for his opposition to the Bush administration’s USA PATRIOT Act (which weakened 4th amendment protections against unreasonable search and seizure), and for his 2002 stance against the Iraq War.

The paper carefully lays out his domestic policies, including his concern with growing wealth inequality and the impunity of Wall Street and the big banks.

It notes that Sanders’s demand for even-handedness in US policy toward Israel and Palestine is unusual in the Democratic Party.

A major Arab-American leader and head of the Arab American Institute, James Zogby, has also endorsed Sanders; his reasons for doing so are completely centered on the senator’s domestic policies.

The Young Turks: “How Bernie Sanders Is Inspiring Americans Of EVERY Religion”