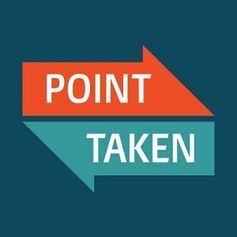 Editor’s note: This article is part of our collaboration with Point Taken, a new program from WGBH that will next air on Tuesday, April 19 on PBS and online at pbs.org. The show features fact-based debate on major issues of the day, without the shouting.

The Syrian civil war has entered its fifth year with few signs of ending.

The fighting has forced more than 13.5 million Syrians to flee their homes. Most of the displaced have not left Syria, but have simply moved around the country in an attempt to get out of the way of the fighting.

But approximately 4.8 million others have traveled beyond their nation’s borders in a search for security.

In my book Cultures of Migration, I argue that mass migrations and refugee crises don’t simply happen. They have a history and a trajectory. That work has led me to ask: Who are the Syrian refugees? What made their migration happen?

It is hard to characterize over 4.8 million people – that’s a million more than live in Los Angeles. But it is fair to say that many of our common assumptions about Syrian refugees are based on misinformation.

Reaching the shores of Europe is not a goal for most. Only about 13.5 percent of the refugees have attempted the difficult and sometimes deadly journey to European Union countries. Fewer than 0.5 percent of the total number of Syrians who have fled their homeland have landed in the U.S. The majority have found a place to stay in Jordan, Lebanon and Turkey as they wait for the violence to end at home.

The exodus from Syria began in 2011, the same year the Syrian civil war began. Syria’s upper and middle class – those who could best afford the high costs of crossing the border – fled first.

As the war escalated, what had been a regional problem grew more complex. The number of refugees seeking security increased and so too did their needs. A trickle became a flood, as Syrians of lesser financial means risked all to escape political instability and violence.

The majority of Syrian refugees are now spread across the Middle East and northern Africa. More than 650,000 Syrians are sheltering in Jordan. Lebanon is home to over 1 million and there are at least 2.6 million living in Turkey with smaller but substantial groups in Iraq, Egypt and Libya.

Some Syrians have found permanent homes in countries like Canada which has taken in more than 20 thousand refugees and serves as a model for other countries. But with the exceptions of Germany, home to more than 250,000 refugees, and Sweden where more than 30,000 have settled, many of the world’s wealthiest nations – including the U.S. and Australia – have done little to settle Syrians fleeing violence in their homeland.

Syrian families rely on their savings and the support of friends and relatives to cover their expenses. Yet gaps remain that governmental and nongovernmental programs are left to cover.

Turkey, Syria’s neighbor to the north, has borne most of the financial costs of the crisis. The country spends well over $500 million monthly, totaling in excess of US$7.5 billion to date, on Syrian refugees. And while the UNHCR spends approximately $1,057 for each refugee annually, it also estimates that there is a $2.5 billion dollar deficit that must be covered if all refugees are to be supported.

Few have settled in camps

The UNHCR estimates only about 10 percent or about 490,000 Syrians have shelter in a camp.

The other 90 percent struggle to cover their expenses and are forced to find shelter wherever it may be available. Mercycorps notes that many Syrian families in Lebanon and Turkey are living in rooms with no heat and no running water, some in abandoned chicken coops and storage sheds.

Those who settle in camps have their own struggles. The Zaatari refugee camp in Jordan, which is home to over 85,000 people, has become what New York Times reporter Michael Kimmelman describes as a “do-it-yourself metropolis”. The camp features distinctive neighborhoods and an expanding economy that includes pizza delivery and an airport shuttle service, just two indicators of the efforts refugees make to regain a degree of normalcy in their lives.

Nevertheless, the challenges facing the refugees are many. Resources cannot keep pace with growth and families are continually in need of food, medicine and shelter.

Work is always difficult to find. Until the recent easing of labor rules that allows some refugees to fill local jobs, any formal work was forbidden. Now Syrian refugees who have registered and settled in Turkey for at least six months can apply for work, and earn the local minimum wage of approximately $575 a month. Even with the change in law, however, the reality is that there is little work available. Even professionals are often forced to engage in manual labor and informal day jobs that can disappear at any moment.

Sometimes I get work for three days, $30 a day … But sometimes it will only be four hours work and that’s it. I haven’t worked in three days. I don’t know how I will pay rent.

Millions of Syrian children lack access to schools and education and must wait to learn. The UNHCR’s report on education notes that 10 years of educational reforms are in danger in Syria and quotes Nadia, a 14-year-old refugee in Jordan who says,

Our lives are destroyed. We’re not being educated, and without education there is nothing. We’re heading towards destruction.

With towns filled, camps overflowing and a war showing few signs of ending, most Syrian refugees remain in limbo. The March 2016 agreement between the European Union and Turkey addresses some issues. Enumerated in a detailed EU press release, the agreement seeks to limit refugee movement and cover expenses with an additional 3 billion euros to Turkey. Yet the agreement also hold refugees in secured facilities. It may also encourage refugees to seek new routes into Europe and take bigger risks to get there.

The EU’s policy, carried out in Greece, has locked up families and others who have fled horrors such as ISIS terror, Taliban threats, or Syrian-government barrel bombs … When alternatives to detention exist, as they do on the Greek islands, there is no legal or moral justification to hold asylum seekers and migrants behind bars.

As one refugee, Frayha, told The Guardian: “If I can’t go to Greece, then of course I’ll find another way.”

Pope Francis visited Lesbos last weekend to highlight the human costs of the Syrian civil war and the refugee crisis. He asked that we look beyond our differences and seek solutions that are built upon dignity, unity and compassion. To underscore this message, he brought 12 refugees with him back to the Vatican.

Opening borders and welcoming refugees will not end the civil war in Syria.

But opening borders could, I believe, help us to avoid disasters that come when crises are ignored, as they were in Kosovo in the 1990s. And opening borders will give Syrian children the opportunity to return to their books, Syrian workers a chance to find jobs and refugee families the prospect of living in security and without fear.