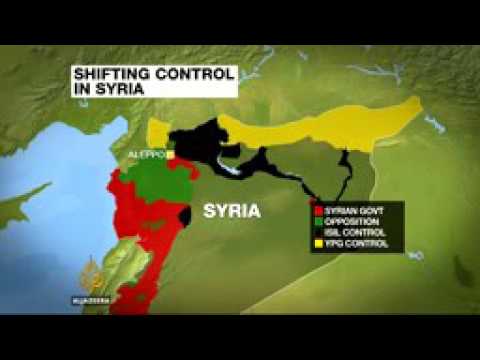 There are two walls on the Turkey-Syria border.

One is manned by Turkish border guards enforcing Turkey’s 15 month-old border closure who, according to witnesses, have at times shot at and assaulted Syrian asylum seekers as they try to reach safety in Turkey – abuses strongly denied by the Turkish government.

The other is a wall of silence by the rest of the world, including the United Nations, which has chosen to turn a blind eye to Turkey’s breach of international law which prohibits forcing people back to places, including by rejecting them at the border, where their lives or freedom would be threatened.

Both walls are trapping 165,000 displaced Syrians now scattered in overcrowded informal settlements and fields just south of Turkey’s Öncupınar/Bab al-Salameh border crossing and in and around the nearby Syrian town of Azaz.

In April, 30,000 of them fled ISIS advances on about 10 informal displacement camps to the east of Azaz, which came under ISIS attack, and one of which has since been hit by an airstrike that killed at least 20 people and injured at least 37 more. Turkish border guards shot at civilians fleeing ISIS and approaching the border.

Now aid agencies operating in the area say that between May 24 and 27, another 45,000 fled a new ISIS assault on the area east of Azaz and are now stuck in and around Azaz too. Aid agencies say there is no question all 165,000 would seek asylum in Turkey if the border were open to them.

While the world speaks about fighting ISIS, their silence is deafening when it comes to the basic rights of those fleeing ISIS. The fact Turkey is generously hosting more than 2.5 million Syrians does not give it a right to shut its border to other endangered Syrians.

And the EU – which has signed a deal with Turkey that aims to contain Syrians and other refugees and asylum seekers in Turkey – should stop turning its back on people fleeing war and persecution, and help them to safely reach protection in the EU.