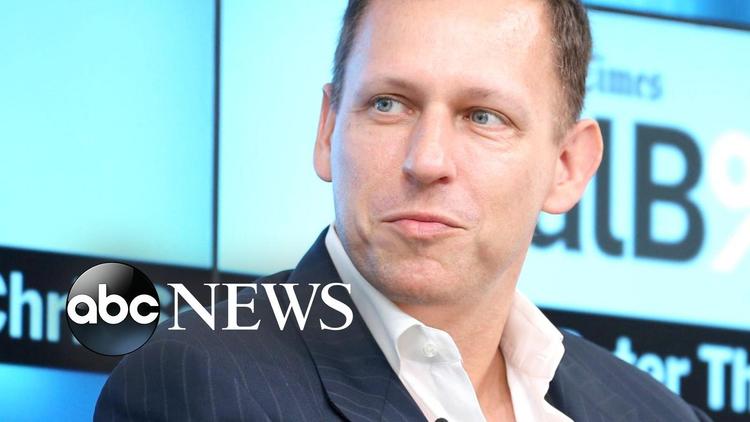 At a sensational and personal level, the story highlights the animus between PayPal co-founder Thiel and Gawker founder Nick Denton stemming from a 2007 gossip item that publicly outed Thiel as gay. Thiel sees Denton as “a singularly terrible bully” who invades privacy for profit. In turn, Denton sympathetically portrays Gawker, in an open letter to Thiel, as “a small New York media company” being bullied by a man with “a net worth of more than $2 billion.”

But regardless of whether it’s framed as a personal battle between Thiel and Denton or a larger one between protecting privacy and a free press, the revelation raises important questions about third-party financed litigation targeting U.S. news media outlets that are safeguarded under the First Amendment.

Most importantly, should third-party-funded litigation against news organizations be banned by lawmakers? This is the kind of issue I explore at the Marion B. Brechner First Amendment Project at the University of Florida, which I’ve directed for the past six years, and in my book about privacy and articles about various threats to a free press.

Threats to a free press

The fear from First Amendment advocates in the press advocates is palpable. They see Thiel as creating a playbook for other billionaires and millionaires to take on and silence members of the news media. As Vox correspondent Timothy B. Lee writes:

The threat to freedom of the press is obvious. Any news organization doing its job is going to make some enemies. If a wealthy third party is willing to bankroll lawsuits by anyone with a grudge, and defending each case costs millions of dollars, the organization could get driven out of business even if it wins every single lawsuit.

Others agree that Thiel has “created a model where any thin-skinned billionaire can ruin a media company without even telling anyone.”

In other words, billionaires who feel they have been libeled or had their privacy invaded by a news organization can score legal victories against the press via third-party funding of lawsuits in one of two different ways.

First, the sheer fear of such lawsuits may result in self-censorship by news organizations who choose not to criticize a wealthy individual rather than risk fighting a potentially expensive and protracted legal battle.

Second, even if such a chilling effect does not occur and a critical story actually is published, the costs of defending a lawsuit arising from it can be enormous.

Indeed, Thiel has been villainized in some media quarters for his “cloak-and-dagger tactics” and satirized in others since it was discovered he funded Hogan’s lawsuit.

Denton blasts Thiel as someone who, “despite all the success and public recognition that a person could dream of, seethes over criticism and plots behind the scenes to tie up his opponents in litigation he can afford better than they.”

But has Thiel broken any laws? Apparently not. Professor Eugene Kontorovich of Northwestern University, for example, emphasizes that what Thiel did “is well within the parameters of third-party involvement in lawsuits.”

In fact, some scholars contend that third-party financing of plaintiff lawsuits actually represents “another step in leveling the playing field between plaintiffs and defendants.”

Why might that be true in a libel or privacy case against the news media? Because most plaintiffs’ attorneys in such cases work on a contingency fee basis. That puts plaintiffs at a disadvantage because it means their lawyers collect money down the road only if they win – aside from, perhaps, a modest retainer upfront to cover the initial costs of getting the case going.

Rather than billing clients by the hour, as media defense attorneys do, plaintiffs’ attorneys in libel and privacy cases thus take a large financial risk that they may not collect any money if they lose. This, in turn, may make them less likely to take such a case in the first place.

The practice of champerty, in which a person or company steps in to help fund a case in return for a cut of the potential payoff, thus allows some lawsuits to go forward that otherwise might not because an attorney doesn’t want to take on the cost or the risk of not recovering anything.

Thiel’s lawsuit distorts this concept because he does not seek money but rather has a personal motive. Thus, at least one major litigation funding firm, Burford Capital, has distanced itself from the current fracas. As CEO Chris Bogart notes in a blog posting:

What Burford and other commercial litigation financiers do is part of a large and pretty boring business around commercial litigation – businesses suing each other… That world is miles away from professional wrestling, sex tapes and “revenge litigation.” We don’t have anything to do with that other, more salacious world.

Third-party litigation funding by the likes of Burford Capital is far from rare today and, in fact, “is prevalent in litigation and arbitration both domestically and internationally.”

Had, however, Thiel been funding a lawsuit for a more noble cause – one not for revenge against an entity that is part of the media – we might see it differently. As First Amendment defense attorney Marc Randazza observes:

When the ACLU represents a party in an important civil rights case, isn’t that a third party funding a case to promote an agenda? What about the NRA? It happens all the time.

Northwestern’s Kontorovich concurs, noting that “anyone who donates to the ACLU or a Legal Aid fund is basically underwriting third-party litigation.”

For Thiel’s part, he emphasizes that his motives are “less about revenge and more about specific deterrence.”

I saw Gawker pioneer a unique and incredibly damaging way of getting attention by bullying people even when there was no connection with the public interest… I thought it was worth fighting back.

In any case, is the sky now suddenly going to fall on the mainstream news media? Are the odds in favor of Thiel or others like him striking a future $140 million jackpot against a media defendant?

It is highly doubtful. As Slate’s Mark Joseph Stern points out, Thiel essentially:

lucked out with Hogan’s judge and jury — it’s hard to imagine a court more sympathetic to Hogan’s claims — but there’s no reason to think future plaintiffs will be so wildly fortunate. Yes, deep-pocketed donors could theoretically finance frivolous yet costly nuisance lawsuits and pester publications into oblivion. But most such suits would be dismissed early on, and an attorney who brings overtly frivolous claims risks court sanction. In short, it is exceedingly rare for the stars to align as neatly as they did for Hogan.

Yet, even if a media defendant ultimately prevails in court against a third-party financed lawsuit, it still has rung up potentially massive bills to pay its attorneys and other costs in fighting that battle. That is the real danger here.

Ultimately, however, the First Amendment protects the press against government censorship, not private third-party funding of lawsuits that target it. If change is to occur, then, because of the fear of another billionaire running the Thiel playbook against a media organization, it will take legislation.

A first baby step, as it were, for such legislation might concentrate on transparency. It would require attorneys who accept third-party funding for cases to file documents in public court files related to those cases to acknowledge and identify all sources of funding beyond those coming directly from clients.

Completely banning the practice of third-party litigation seems impractical, however, given both how well instantiated it now is in the U.S. and that it can support legitimate plaintiffs who might not otherwise possess the fiscal resources to do battle in court. But openness, regarding who funds whom, will make the public aware about the individuals or businesses that hold a vested monetary stake or, in Thiel’s case, a non-pecuniary one, in the outcome.

Indeed, it seems to be the secretiveness of Thiel’s funding that has so many taken aback.