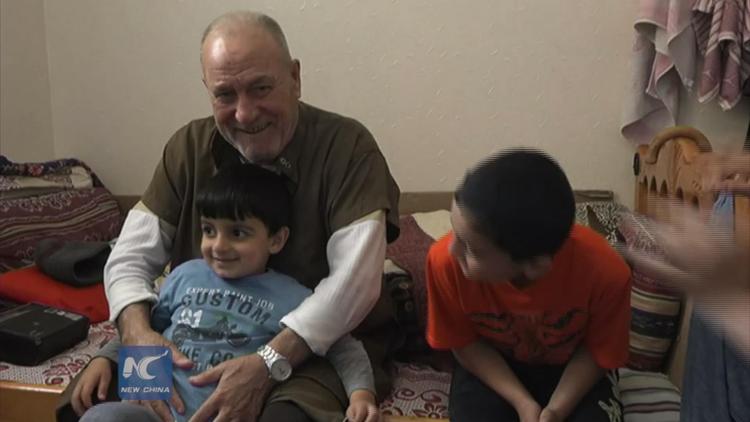 The Nakba: Ethnic cleansing and displacement of the population

Nakba in literary terms means a natural catastrophe such as an earthquake, volcano, or hurricane. However, the Nakba in Palestine describes a process of ethnic cleansing in which an unarmed nation was destroyed and its population displaced to be replaced systematically by another nation.

Unlike a natural catastrophe, the Palestinian Nakba was the result of a man-made military plan with the consent of other states, leading to a major tragedy for the Palestinian people. The subsequent occupation of the remaining land of Palestine in 1967 resulted in an additional tragedy.

In 1948, 1.4 million Palestinians lived in 1,300 Palestinian towns and villages all over historical Palestine. More than 800,000 of the population were driven out of their homeland to the West Bank and Gaza Strip, neighboring Arab countries, and other countries of the world.

The Demographic Reality: Palestinian population has increased 9-fold since the Nakba

The Palestinian world population totaled 12.4 million by the end of 2015. This indicates that the number of Palestinians worldwide has multiplied about nine-fold in the 68 years since the Nakba.

According to statistics, the total number of Palestinians living in historic Palestine (between the Jordan River and the Mediterranean) by the end of 2015 was 6.2 million and this number is expected to rise to 7.1 million by the end of 2020 based on current growth rates.

Statistical data also show that refugees constitute 42.8% of the total Palestinian population in Palestine. UNRWA records showed that there were 5.59 million Palestinian refugees registered at the beginning of 2015. Around 28.7% of Palestinian registered refugees live in 58 refugee camps, of which 10 are in Jordan, 9 in Syria, 12 in Lebanon, 19 in the West Bank, and 8 in the Gaza Strip.

These estimates represent the minimum number of Palestinian refugees, given the presence of non- registered refugees. These estimates also do not include Palestinians who were displaced between 1949 and the 1967 war, according to the UNRWA definition, and do not include the non-refugees who left or were forced to leave as a result of the 1967 war.

The number of Palestinians who remained in their homeland in the 1948 territory after the Nakba was estimated at 154 thousand persons, but estimates for 2015 show that it has grown to 1.5 million on the 68th anniversary of the Nakba.

This illustrates that the composition of the Palestinian population in the 1948 territory is young, as it is in Palestinian society as a whole.

The number of Palestinians in Palestine was estimated at 4.8 million at the end of 2015: 2.9 million in the West Bank and 1.9 million in Gaza Strip. The number of Palestinians in Jerusalem Governorate at the end of 2015 was around 423 thousand, of whom 62.1% live in the areas of Jerusalem forcibly annexed by Israel in 1967 (J1).

Population Density: Gaza Strip the most crowded place in the world

Still, these same authorities deny the Palestinians the right to build and lay obstacles, which undermine any potential urban expansion especially for the Palestinians in Jerusalem and Area “C” which is under full Israeli control.

Moreover, 210,420 of these illegal settlers live in Jerusalem J1 (that part of Jerusalem, which was forcefully annexed by Israel following its occupation of the West Bank in 1967).

Historical Palestine: Israel controls more than 85% of its land

The area of the historical land of Palestine totals about 27,000 km2. Israeli Jews utilize more than 85% of the total area of land. The Palestinians comprise 48% of the total population and utilize less than 15% of the land.

Palestine suffers from scarcity of water and resources. The situation is further complicated by the prolonged Israeli occupation, which controls most of the existing water sources (85%) and prevents the Palestinians from their right to access their water sources or any alternative sources.

Consequently, the Palestinians are compelled to buy water from the Israeli Water Company (Mekorot), purchasing around 63.5 million m3 in 2014.

The Israeli occupation controls the majority of renewable water resources totaling 750 MCM, while Palestinians receive only about 110 MCM.

The Palestinian share from the three ground water aquifers should be 118 MCM according to Oslo Agreement. This share was supposed to increase to 200 MCM by the year 2000 had the Interim Agreement been fully implemented.

The daily allocation per capita from consumed water for domestic purposes is 79.1 letter/capita/day (l/c/d) in the West Bank in 2014. Where it is 79.7 l/c/d in Gaza Strip in 2014 compared to 91.3 l/c/d in 2013, this shortfall is due to reduced pumping from ground water wells in Gaza Strip because of Israeli aggression on Gaza Strip.

However, 97% of drinking water in the Gaza Strip does not meet the World Health Organization (WHO) standards and is also less than the minimum quantities recommended by WHO (100 l/c/d) . . .

Data from the Palestinian Ministry of Detainees and Ex-detainees show that Israel has arrested about a million Palestinians since 1967: more than 95 thousand were arrested since the Al-Aqsa Intifada. There are around 7,000 Palestinians in detention.

Moreover, the Israeli occupation authorities ratified regulations to replace the original Arabic names of the streets in the old town of Jerusalem by Hebrew ones.

This inscribes in Israel’s ongoing policy of Occupation of Jerusalem and falsification of its history and geography not to mention the imposition of new demographic facts on the ground.

The Israeli occupation authorities demolished about 152 Palestinian buildings (houses and establishments) and sent hundreds of demolition orders to owners of other buildings; moreover, the Israeli occupation authorities confiscated 546 Dunams of the Palestinian land in the Issawiya locality and Shu’fat camp to establish a national park and dumping site for wastes from illegal Jewish settlements.

On the fortieth remembrance of the Land Day, the Israeli occupation violations against the Palestinians continue, in terms of land confiscation, demolition of buildings (housing units and establishments) and forcible displacement of residents. Israeli occupation authorities usurped 6,386 Dunams of Palestinian land in the various governorates of the West Bank in 2015.

Furthermore, they demolished 645 building (houses and establishments), forcibly displacing 2,180 person in the West Bank and East Jerusalem, 1,108 of whom are children.

They also threatened to demolish 780 building, at a time when the needs of housing units for Palestinian increase. In figures, about 61% of households in Palestine need to build new housing units over the next decade according to the reported data survey of housing conditions in 2015 (one residential unit or more).

On another level, they allocated part of the Palestinian land in Jordan Valley to an Israeli dumpsite of industrial waste. Consequently, Palestinian agricultural land endured enormous damage not to mention impact on health animals and biodiversity, in addition to the Israeli authorities bulldozed and burned more than 15,300 trees of Palestinian farmers during the year 2015.

The Israeli narrative is based on falsification of the culture, civilization and history of Palestine. Therefore, the occupation authorities alter Palestinian national treasures and monuments of ancient times. In figures, 53% of the archeological sites in Palestine are in Area “C”, which is under full Israeli control.

The Israel occupation prevents any excavating or restoration of these sites for the building of recreational and tourist attractions.

They also create obstacles to prevent Palestinian tourism agencies from organizing proper visits of the Holy Land. With these restrictions, they give a competitive edge to the Israeli companies that market the Nativity Church in Bethlehem and Deir Quruntol in Jericho, for instance, as part of tourism in Israel.

By granting more facilities to Israeli companies, tourists are ‘advised’ to stay in Israeli hotels as Palestinian areas are ‘denounced as unsafe’. With these measures, Palestinians are deprived of over 75% of potential touristic services revenues.

According to the results of the Education data for the 2015/2016 scholastic year, there were 2,897 schools in Palestine: 2,193 in the West Bank and 704 in Gaza Strip. These were distributed in terms of their supervisory authority as follows: 2,135 governmental schools, 353 UNRWA schools and 409 private schools.