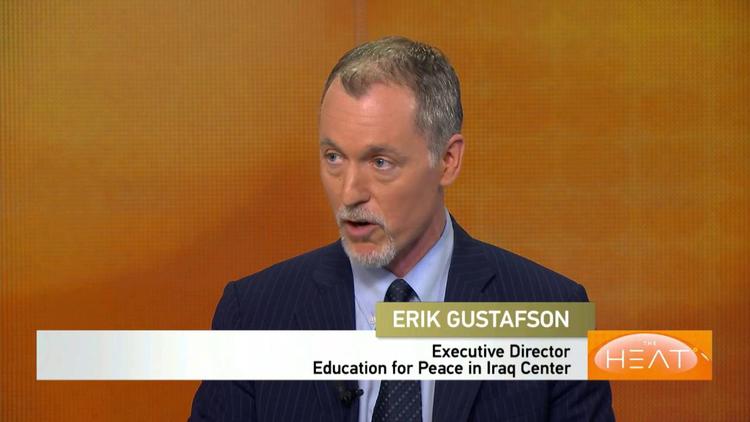 Iraq’s Parliament has failed its people. This was the message from protestors last week. But what could possibly replace the flawed system? Each potential solution comes with its own dangers.

Protestors left Baghdad’s heavily fortified Green Zone last week, after having spent two days expressing their anger at Iraq’s political system and its inability to get much of anything done, except enrich the politicians in it. Religious leader, Muqtada al-Sadr, then called for the protestors to leave the Green Zone, where many politicians and diplomats also live and work, peacefully.

However it is only too clear that the political crisis that sparked intervention by al-Sadr and the Iraqi protestors is far from over.

For one thing, al-Sadr has said that he would send his followers back out to protest if the Iraqi Prime Minister, Haider al-Abadi, does not manage to reform the Cabinet and appoint more able Ministers, rather than politicians who have been given the job simply because of their political, sectarian or ethnic allegiances.

In the middle of last week, after the protestors had left the Green Zone and some semblance of order had been restored, the most senior representatives of Iraq’s largest sects and ethnic groups were trying to start the reform process moving again.

It is not the parliamentary system that is flawed in Iraq. It is Iraq’s politicians.

Al-Abadi pledged to protect the area and prevent protestors from getting in again, Iraq’s President, Iraqi Kurdish politician Fuad Masum, asked that all political parties come back to Parliament and hold another session and the Speaker of Parliament, Sunni Muslim politician, Salim al-Jibouri, began holding negotiations with the heads of different parties. Al-Jibouri paid a visit to Sulaymaniyah in the semi-autonomous, northern region of Iraqi Kurdistan, in order to try and make this happen.

However, despite al-Jibouri’s visit, the Iraqi Kurdish MPs in Parliament have refused to return to Baghdad. They are upset about the beating of one of their own, Aram Sheikh Mohammed, who is also the Deputy Speaker of the Parliament, during protests and about the fact that another Iraqi Kurdish politician, Ala Talabani, had been trapped in the government buildings by angry protestors.

One group of MPs, led by a former Prime Minister, Ayad Allawi, insist that an emergency government be created and politicians associated with Muqtada al-Sadr continue to demand a new government made up of independents. Meanwhile those MPs, who formed an alliance against al-Jibouri, insisting that he be dismissed from the position, have said they won’t return to Parliament.

“The protesting MPs plan to form a new bloc in Parliament,” a State of Law MP, Hisham al-Suhail, told NIQASH, adding that the new bloc would be named the Reform Front. “And a few days ago we decided to boycott any sessions headed by al-Jibouri.”

This boycott also makes any and all efforts at reform nigh on impossible. With all of these MPs boycotting Parliament, there is no quorum – that is, enough politicians present in the building to vote on any legally binding decisions. That means Parliament’s work must be suspended until further notice.

In six weeks’ time, the Iraqi Parliament will have completed half of its current term. It will then have two years left in which to try and finalize dozens of draft laws and suspended decisions, some of which are ancient, others of which are urgent and relate to the current economic, security-related and political problems that Iraq is having.

According to information on the Iraqi Parliament’s website, MPs have managed to discuss 275 laws but have only managed to pass 87 of these. Passing a law in Iraq requires three different stages be completed. The law must be read in Parliament twice and then voted upon. Of those remaining, 121 laws have gone through two readings and only require that MPs vote upon them. Another 67 have gone through a first reading but must move into the second and third stages before they can become law.

The biggest problem is that the laws that have been passed up until now are not so important. The new laws, ones that are critical to the country’s future – such as laws on the National Guard, the oil and gas law, legislation on the highest court in Iraq and its powers and the formation of the Federation Council, another political body, similar to the US Senate, that is supposed to provide checks and balances – have all been shelved because they are simply too divisive. This is despite the fact that laws around the National Guard or the courts could unite the country and help in the fight against the extremist group known as the Islamic State. Parliament is also supposed to be reformulating Iraq’s Constitution.

Then again, even if the MPs were able to be persuaded to return to work, it would be difficult to get anything done. As Munther al-Sharifi, one of the members of the committee that has been coordinating the protestors, told NIQASH: “There are no agreements between the different blocs and they don’t even come close to having positions they can compromise on. The political system in Iraq has failed as a result of the quota system. However,” he cautioned, “if we change the system now, it could lead to the return of a dictatorship.”

But if Parliament in Iraq has failed and cannot succeed, that begs an important question: What are the alternatives for Iraqi politics? And how to bring about that change?

One of the most popular ideas is a change to the role of Iraq’s President. A change like this would mean that rather than elected MPs in Baghdad choosing the country’s President, voters would choose the President, who could then work somewhat separately from the also-elected Parliament. For example, the US is a presidential system. Iraq currently has a parliamentary system. And in some ways, this could well be a way to solve the Parliamentary gridlock.

However, currently in Iraq, those who most support this idea are allies of the former Prime Minister, Nouri al-Maliki, who was basically dismissed for his divisive, power-mongering ways – this includes the often-controversial Shiite Muslim volunteer militias strongly affiliated with Iran.

The fear that al-Maliki could get back into power, should there be a changeover to a presidential system, means that many other political parties inside Iraq prefer to keep the current system, no matter how deeply flawed it is.

As it is, it would be very hard to bring about this change anyway. The Iraqi Constitution would need to be amended and two thirds of the country’s MPs would need to approve those amendments. Additionally a public referendum would also need to be held – something that would be very hard to do under the current circumstances, where parts of Iraq are not under government control.

There have also been other ways suggested to bring about effective political change.

One idea focuses on the idea of a majority government, where senior politicians are appointed because they got the most votes, rather than because of their sectarian or ethnic allegiances. One must remember that there are no genuine opposition parties in the Iraqi Parliament – unlike in other democracies, every politician here wants to take part in the government, sharing the power and the privilege.

If al-Abadi’s proposed reforms go ahead – that is, a government that rules according to who is in the majority and who got the most votes as opposed to the sectarian and ethnic quota system – then Iraq would end up with some parties in power and others in the opposition, from where they could (supposedly) monitor the government’s performance.

Just a few years ago, Ammar al-Hakim, the head of the Islamic Supreme Council of Iraq, was opposed to this idea but he now supports it. The State of Law bloc, of which al-Abadi is a member, as is al-Maliki, has wanted to form this kind of majority government for years. Both of these groups are Shiite Muslim. However the groups with the most to lose from this kind of arrangement, those who would end up in the opposition simply because, traditionally, they would field fewer voters – that is, the Sunni Muslim and Iraqi Kurdish parties – don’t like this idea, and for obvious reasons. They fear that the Shiite Muslim parties will monopolize power, and sideline other Iraqi communities, passing laws without the help of any other group.

Some believe Iraq is ready for this.

“A political-majority government wouldn’t be limited just to Shiite Muslim parties,” argues Nahla al-Hababi, a State of Law MP. “Sectarian alliances are already in the past. In fact, there are major conflicts within the Shiite parties themselves that are bigger than conflicts between the Shiites and the Sunnis, or the Shiites and the Kurds.”

One recent example is the group of MPs who wanted to see Iraq’s Speaker of Parliament, Salim al-Jibouri, kicked out of the job. Although there were some major issues with the political motivations involved, this was a cross-sectarian and multi-ethnic alliance, al-Hababi points out.

Another way out of Iraq’s political quagmire could involve a decentralization of power. Broadly speaking, a lot of Iraq’s political parties are in it for the power and the money and that power is in the hands of the central government. However if Iraq’s provincial governments were given more power, this might force local politicians to be more responsive to the needs of voters. It would also mean less power and fewer resources for Baghdad’s MPs, therefore, hopefully, less for them to squabble over.

Prime Minister al-Abadi seemed to think this was a good idea and pledged to apply the related legislation, Law 21, and start transferring power to Iraq’s provinces. However this plan didn’t work out when the various ministries refused to hand over power to the provincial governments, saying that the local politicians didn’t have enough experience or ability to deal with the job, thereby keeping the power (and the budgets) in their own hands. It’s a similar roadblock as the one being created by various Ministries now, as al-Abadi tries to hand over power to technocrats.

Once again, this is more about the way Iraqi politics are conducted, than the political system. Many good ideas have been suggested, some have even been trialled but, thanks to a desire for power, privilege and money and an apparent lack of desire to serve the Iraqi people, none of these plans have worked out.

As Amer Hassan Fayed, a professor of political science at the University of Baghdad puts it: “It is not the parliamentary system that is flawed in Iraq. The political crisis is due to Iraq’s politicians and the way they work with the system,” he argues, “not the system itself.”