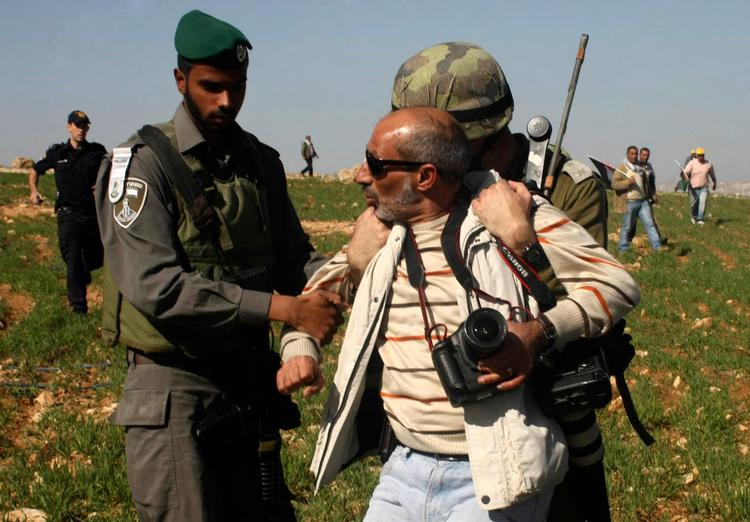 Merely being in the company of hundreds of Palestinian journalists and other media professionals from all over the world has been an uplifting experience. For many years, Palestinian media has been on the defensive, unable to articulate a coherent message, torn between factions and desperately trying to fend off the Israeli media campaign, along with its falsifications and unending propaganda or ‘hasbara’.

It is still too early to claim any kind of paradigm shift, but the second Tawasol Conference in Istanbul, which took place on May 18 and 19, served as an opportunity to consider the vastly changing media landscape, and to highlight the challenges and the opportunities facing Palestinians in their uphill battle.

Not only are Palestinians expected to demolish many years of Israeli disinformation, predicated on a make-believe historical discourse that has been sold to the world as fact, but also to construct their own lucid narrative that is free from the whims of factions and personal gains.

It will not be easy, of course.

My message in the “Palestine in the Media” Conference, organized by the Palestine International Forum for Media and Communication is that, if the Palestinian leadership is failing to achieve political unity, at least Palestinian intellectuals must insist on the unity of their narrative. Even the most compromising of Palestinians can acknowledge the centrality of the Nakba, the ethnic cleansing of Palestinians and the destruction of their towns and villages in 1947-48.

They can — and should — also agree about the hideousness and violence of the occupation; the dehumanization at the military checkpoints; the increasingly shrinking spaces in the West Bank as a result of the illegal settlements and the colonization of whatever remains of Palestine; the suffocating hold on occupied Jerusalem; the injustice of the siege on Gaza; and the one-sided wars on the Gaza Strip that have killed over 4,000 people, mostly civilians, in the course of seven years — and much more.

Professor Nashaat al-Aqtash from Birzeit University, perhaps more realistically, downgraded the expectations even further. “If we could only agree on how we present the narrative regarding al-Quds (Jerusalem) and the illegal settlements, at least that would be a start,” he said.

The obvious fact is that Palestinians have more in common than they would like to admit. They are all victimized by the same circumstances, fighting the same occupation, suffering the same violations of human rights, and facing the same future outcome resulting from the same conflict.

However, many are strangely incapable of disconnecting from their tribal-like, factional affiliations. Of course, there is nothing wrong with having ideological leanings and supporting one political party over another. It becomes a moral crisis, though, when the party affiliation becomes stronger than one’s affiliation to the collective, national struggle for freedom. Sadly, many are still trapped in this thinking.

But things are also changing; they always do. After over two decades of the failure of the so-called “peace process,” and the rapid increase in the colonization of the occupied territories in addition to the extreme violence used to achieve these ends, many Palestinians are waking up to the painful facts. There can be no freedom for the Palestinian people without unity and without resistance.

Resistance does not always have to mean a gun and a knife, but rather the utilization of the energies of a nation at home and in “shatat”(diaspora), along with the galvanization of the pro-justice and peace communities all over the world. There must soon be a movement in which Palestinians declare a global struggle against apartheid, involving all Palestinians, their leadership, factions, civil society, and communities everywhere. They must speak in one voice, declare one objective, and state the same demands, over and over again.

It is bewildering to realize that a nation that has been so wronged for so long being so greatly misunderstood, while those who have done the harm are largely absolved and seen as the victim.

Sometime in the late 1950s, Israeli Prime Minister David Ben Gurion became aware of the need to unify the Israeli Zionist narrative regarding the conquering and ethnic cleansing of Palestine. According to a revelation by Israeli newspaper, Haaretz, Ben Gurion worried that the Palestinian refugee crisis was not going to go away without a consistent Israeli message that the Palestinians left their land of their own devices, following instructions to do so by various Arab governments.

Of course, that, too, was a fabrication, but many supposed truths often start with a sheer lie. He delegated several academics to present the most falsified, yet coherent, story on the exodus of the Palestinians. The outcome was Doc GL-18/17028 of 1961. That document has, ever since, served as the cornerstone of the Israeli “hasbara” concerning the ethnic cleansing of Palestine. The Palestinians ran away and were not driven out, was the crux of the message. Israel has been repeating this falsehood for over 55 years and, of course, many have believed it.

Not until recently, thanks to the effort of a burgeoning group of Palestinian historians — and courageous Israelis — who counter the propaganda, a Palestinian narrative is taking shape, although much is yet to be done to offset the damage that has already taken place.

In fact, a real victory for the truth would only happen when the Palestinian narrative is no longer seen as a “counter narrative” but as a sovereign story of its own, free from the confines of defensiveness and the burden of a history laden with lies and half-truths.

The only way I see that happening is when Palestinian intellectuals invest more time and effort in studying and narrating a “people’s history” of Palestine, which could finally humanize the Palestinian people, and challenge the polarized perception of them as terrorists or perpetual victims. When the ordinary individual becomes the center of history, the outcomes are more relatable, more effective, and poignant.

The same logic can be applied to journalism, as well. Aside from finding their common story, Palestinian journalists need to reach out to the wider world, not only to their traditional circle of dedicated friends and supporters, but to mainstream society. If people truly appreciate the truth, especially from a humanist perspective, they cannot possibly support genocide and ethnic cleansing.

And by “wider world” I am hardly referring to London, Paris and New York, but to Africa, South America, Asia, and the entire South. Nations from this hemisphere can fully understand the pain and injustice of military occupation, colonization, imperialism, and apartheid. I fear that the emphasis on the need to counter Israeli “hasbara” in the West has meant the allocation of a disproportionate amount of resources and energy in a few places, while ignoring the rest of the world, whose support has for long been the backbone of international solidarity. They must not be taken for granted.

The good news, however, is that Palestinians have been making great strides in the right direction, although with no thanks to the Palestinian leadership. The key, now, is to be able to unify, streamline, and build on those existing efforts so that such growing solidarity translates into greater success in raising global awareness and holding Israel accountable for its occupation and violations of human rights.