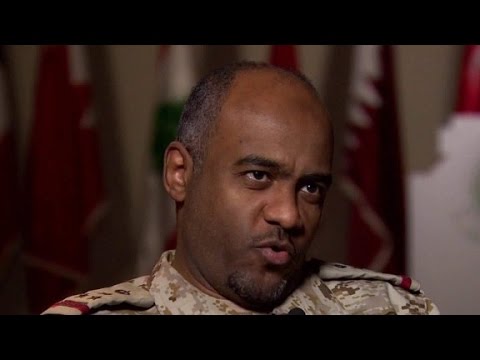 (Washington, DC) – Saudi Arabia has used US-made cluster munitions near civilian areas in Yemen, leaving behind unexploded submunitions, Human Rights Watch said today. The United States should cease its production and transfer of cluster munitions to conform with the widely accepted international ban on the weapons.

US export rules that rely on weapon reliability standards have not prevented the sale of cluster munitions to Saudi Arabia, putting civilians at long-term risk, Human Rights Watch said. Cluster munitions are prohibited by a 2008 treaty signed by 119 countries, though not Saudi Arabia, Yemen, or the US.

Since March 26, 2015, a Saudi Arabia-led coalition of nine Arab states has conducted a military operation in Yemen against Houthi forces, also known as Ansar Allah. A ceasefire that came into force on April 10, 2016, has been repeatedly violated by all sides.

In the past year, Human Rights Watch has documented civilian casualties in Yemen from the Saudi Arabia-led coalition’s use of four types of US-made air-dropped and ground-launched cluster munitions. This includes using CBU-105 Sensor Fuzed Weapons in at least six airstrikes in the governorates of Amran, Hodaida, Saada, and Sanaa. The most recent CBU-105 attack was recorded on February 15, at a cement factory in Amran governornate.

Cluster munitions are dropped from aircraft or delivered from the ground by artillery and rockets, and contain multiple smaller submunitions or bomblets. Cluster munitions pose an immediate threat to civilians as they disperse over a wide area and leave explosive remnants, including submunitions that fail to explode upon impact and become de facto landmines.

Saudi Arabia and the United Arab Emirates (UAE) have both received CBU-105 Sensor Fuzed Weapons from the US in recent years. There is no evidence to indicate that other countries in the Saudi-led coalition – Bahrain, Egypt, Jordan, Kuwait, Morocco, Qatar, and Sudan – have received CBU-105 Sensor Fuzed Weapons. The US also provided Saudi Arabia with significant exports of other cluster bombs between 1970 and 1999.

According to a data sheet issued by its manufacturer, Textron Systems Corporation, each CBU-105 disperses 10 BLU-108 canisters that each subsequently release four submunitions the company calls “skeet” that are designed to sense, classify, and engage a target such as an armored vehicle. They are designed to explode above the ground and project an explosively formed jet of metal and fragmentation downward. The submunitions of the Sensor Fuzed Weapon are equipped with electronic self-destruct and self-deactivation features.

However, Human Rights Watch field research and visual evidence indicate at least three attacks that resulted in multiple BLU-108 with their “skeet” or submunitions still attached: in the governorates of Amran on February 15, 2016; Sanaa on May 21, 2015; and Saada on April 27, 2015. This shows a failure to function as intended, as the submunitions failed to disperse from the canister, or were dispersed but did not explode. In May 2011, guidance issued by the US Defense Security Cooperation Agency stated that skeet from CBU-105 Sensor Fuzed Weapon are “the only cluster munition with a compliant submunition” with US export rules.

Saudi Arabia has repeatedly denied using other types of cluster munitions in Yemen, but it has admitted using CBU-105 Sensor Fuzed Weapons once, in April 2015.

“Following multiple attacks in Yemen, it is now obvious that Sensor Fuzed Weapons are not the ‘reliable’ or ‘intelligent’ cluster munitions they have been promoted as,” Goose said. “The US should cease production and transfer of these weapons following the evidence of their failures and their use in and near civilian areas and should join the international ban on cluster munitions.”

Amran Attack, February 15, 2016
The most recent known attack in Yemen involving the use of a CBU-105 Sensor Fuzed Weapon was on February 15, 2016, near a cement factory in Amran governorate, 40 kilometers northwest of the capital, Sanaa. The Amran Cement Factory employed about 1,500 people prior to the current conflict but reduced its staff significantly after a July 12, 2015 attack wounded 12 workers. Further attacks in early 2016 resulted in more casualties.

Mujahid Nasser Shalef, 38, a journalist from al-Massira, a media outlet linked to the Houthis, was visiting the cement factory on February 15 with a photographer from Yemen Today, an outlet linked to former President Ali Abdullah Saleh, to investigate another air attack earlier that day. Shalef told Human Rights Watch:

At about 5 p.m. we were standing on the roof of a neighboring house … when suddenly we saw a bomb blast, but this was a different kind. It exploded in the air and released tons of smaller bombs into the air. Some of them exploded in the air, others exploded when they hit the mountain. When they exploded they released black smoke.… No one was wounded, thank God.

The reporter provided Human Rights Watch with a 37-second video that he said they filmed during the attack. The video shows multiple distinctive black smoke clouds generated by the CBU-105 submunitions emanating from a strike behind a ridge line while multiple detonations can be heard in the video.

Fawaz Saleh al-Qishwi, 36, an electrical engineer from the neighboring al-Darb village, less than a kilometer from the cement factory and home to about 300 families, also witnessed the attack. After hearing planes overhead, he went to his rooftop:

I saw a plane coming from the east. It dropped the cluster bombs. I heard a number of explosions from the bombs. None of the [bomblets] came to the village. Later, I went with my friend to the mountain and took a piece.

Al-Qishwi showed Human Rights Watch researchers the remnants that he collected, which were identified as a suspension lug and piece of a parachute from a BLU-108 canister used in the CBU-105.

Jamal Yehia al-Hadek, 45, the cement factory’s security chief, said, “I saw an explosion in the air, then pieces came out and spread into the sky with parachutes, like a net.” The description is consistent with a CBU-105 attack.

The next morning, Kamal Hussein Qaid, 50, and Bandar Ahmed Daoud, 33, both workers at the cement factory, headed up to inspect damage at the factory’s quarry at the foot of al-Raha Mountain, about one kilometer from the main factory building. On the way, they found and collected remnants of munitions that were in the middle of the road. Human Rights Watch researchers visited the factory on March 24, and photographed remnants of a CBU-105 bomb casing with legible factory markings and manufacture date of July 2012, and two expended BLU-108 canisters. Neither canister had its “skeet” attached.

A still taken from a video made by a Yemen Today photographer recorded from the roof of a house in al-Darb village of an attack using CBU-105 Sensor Fuzed Weapons near a quarry of the Amran Cement Factory on February 15, 2016.

The cement factory workers said they saw three more BLU-108 canisters with their “skeet” or submunitions still attached on a path to the quarry, along with the weapon’s parachute. The workers subsequently provided photos they took of the remnants where they landed. At least three BLU-108 canisters are visible: one has all four “skeet” and its parachute still attached, while the others each have two “skeet” attached. This shows a failure to function as intended because the submunitions failed to disperse from the canister, or were dispersed but did not explode or self-destruct. An individual unexploded “skeet” is also shown on the ground where it landed.

The nearest military base is more than two kilometers from the quarry, on al-Jumaima Mountain, and has been under the control of Houthi forces since 2014. Several factory staff members said that two or three small huts on the road leading from the factory to the quarry and used by cement factory were occupied by Houthi forces after the beginning of the Saudi-led campaign.

US Transfer of CBU-105 Sensor Fuzed Weapons
Under a June 2008 policy directive issued by then-Secretary of Defense Robert Gates, the US can only export cluster munitions that “after arming do not result in more than 1 percent unexploded ordnance across the range of intended operational environments,” and the receiving country must agree that cluster munitions “will only be used against clearly defined military targets and will not be used where civilians are known to be present or in areas normally inhabited by civilians.”

This policy is most recently codified in Section 7054(b) of the Consolidated and Continuing Appropriations Act (H.R. 83) of 2015. The US Department of Defense concluded a contract with Textron Defense Systems for the manufacture of 1,300 CBU-105 Sensor Fuzed Weapons for Saudi Arabia in August 2013. The contract stipulated that the weapons were to be delivered by December 2015. The UAE received an unknown number of CBU-105 from Textron Defense Systems in June 2010, fulfilling a contract announced in November 2007. At the time that these two countries procured these weapons, each CBU-105 cost approximately US$360,000, which equates to $36,000 per BLU-108.

Human Rights Watch chairs the Cluster Munition Coalition U.S., which has called on President Barack Obama to review the 2008 US cluster munitions policy and remove the exception allowing cluster munitions that result in less than 1 percent unexploded ordnance rate.

In an RI Future article on February 24, 2016, a Textron spokesperson, David Sylvestre, asserted that the company cannot be held liable if the weapons are misused, reportedly stating: “We’re not in the plane dropping the bomb. If it was dropped in an area that is perhaps too close to a civilian population, that is not supposed to happen.” The report said that he affirmed that CBU-105 Sensor Fuzed Weapons are provided to the US military for delivery to foreign recipients, stating: “No company can put that on a boat and deliver it to a foreign government.”

The casing from a CBU-105 Sensor Fuzed Weapon used in the attack near the quarry of the Amran Cement Factory on February 15, 2016, found by factory staff on the road up to the quarry. The markings show that the weapon was produced in July 2012 by the Textron Systems Corporation of Wilmington, Massachusetts.

Sylvestre described the CBU-105 Sensor Fuzed Weapons as “intelligent” munitions and said: “They are not intended to target human beings at all…. They are made to target armored-vehicles.” None of the CBU-105 attacks documented by Human Rights Watch in Yemen have involved armored vehicles nor have any damaged or destroyed armored vehicles been documented at the strike locations.

During an April 19 demonstration at Textron’s corporate headquarters in Providence, Rhode Island, Textron representatives apparently refused to receive a petition signed by more than 3,000 people calling on the company to cease its production of cluster munitions. Two days later, Rhode Island police arrested three activists who chained themselves to Textron’s front doors during a protest against the company’s production of cluster munitions.

Also on April 19, the Pacific nation of Palau ratified the Convention on Cluster Munitions, becoming the 100th country to ratify. Another 19 countries have signed, but not yet ratified, the treaty, which comprehensively bans cluster munitions and requires destruction of stockpiles as well as clearance of cluster munition remnants and assistance to victims of the weapons.

Before the Yemen conflict, the only known use of CBU-105 Sensor Fuzed Weapon was by the US in Iraq in 2003, apparently on a very limited scale. But multiple failures of the munitions resulted in unexploded ordnance and call into question the claimed reliability rate of better than 99 percent.