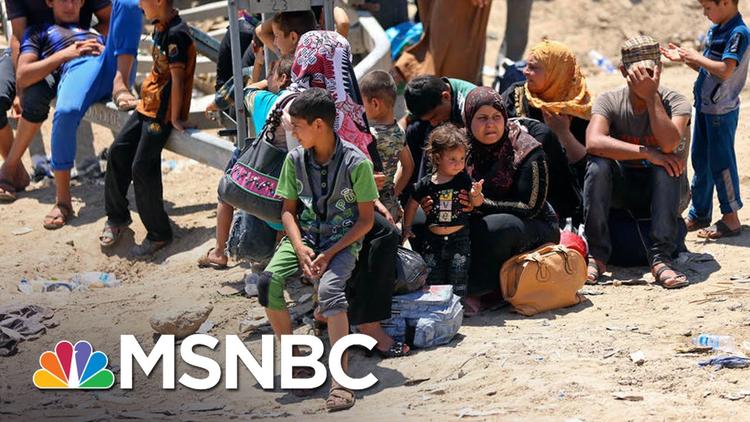 As the clean up in Ramadi continues, locals and officials are applying for reconstruction aid. But there are problems already, with calls of foul and favouritism and a lack of billions in funding.

After the extremist group known as the Islamic State was pushed out of the central Iraqi city of Ramadi, the city was a disaster zone. Estimates suggest that almost 80 percent of the buildings here – including the majority of around 32,000 residential housing units, infrastructure, government departments and schools – have been damaged or destroyed.

Special engineering committees have been created in order to assess the damages, to award compensation and schedule re-building. Forms are being given out to members of the public that they can fill in, applying for a case number and detailing the damages to their property and even their furnishings. According to local administrators they will need around US$19.5 billion to rebuild the city.

It sounds well organised. But already problems are starting. Nasser Abed Mohammed, 52, lives in Ramadi’s eastern Bakr neighbourhood and says he has been waiting for days for members of one of the committees to come and assess the damage to his home. “Members of the committee know very well that this area has been almost completely destroyed,” Mohammed complains. “But the way they are dealing with these issues is not neutral. They are really slow – they don’t have enough vehicles to take the assessors around town – and there is favouritism and nepotism at work. Some people are even driving the assessors around town themselves so they can inspect the sites,” he adds. “But this further undermines the committees’ integrity because that means other people who are also waiting, must wait even longer.”

Since the committees started work in May, they have received around 17,000 applications for compensation, says the mayor of the Ramadi district, Ibrahim al-Awsaj. “By the time all of the people of Ramadi return we expect to receive up to 50,000 applications,” he noted.

The committees are made up of around 60 specialists, including engineers and staff from various ministries, the mayor explains. “They have managed to check around 3,000 applications so far and they are all working full time, making between 30 and 50 visits every day.”

In fact, al-Awsaj notes, work is proceeding faster than expected. The committees had thought they would only be able to check on around a thousand sites a month and they’ve already been to three times that many.

One of the problems the local authorities currently face is a lack of funding, al-Awsaj said. While the local authorities were working hard to deal with the problems, the federal government had not sent them enough funds – only around a million US dollars – to do anything other than get the most important government departments running again. Yet conservative estimates meant that the owners of apartment buildings in Ramadi would be getting anywhere between US$2 billion and US$4 billion in compensation.

“The Anbar provincial council is serious about removing all obstacles to the return of local people,” says Taha Abdul Ghani, a member of Anbar’s provincial council. “We are working hard to assess as many applications as possible by increasing overtime and staff numbers. The council and the local people are really cooperating well on this,” he added. “Although even when everything has been paid out, the reconstruction of the city will still require at least five years of non-stop work.”

While the local authorities seem to have high hopes, albeit with some reservations, not everyone is as optimistic. “The destruction in this province, and in Ramadi in particular, is huge,” argues Bilal Ibrahim, a local economist. “It requires a correspondingly huge amount of money for reconstruction – some estimates put the figure as high as US$15 billion. That figure may well be correct. However the funding just isn’t there – Iraq is suffering from an economic crisis and finding the cash is going to be a major challenge for the local authorities, the federal government and donor countries.”