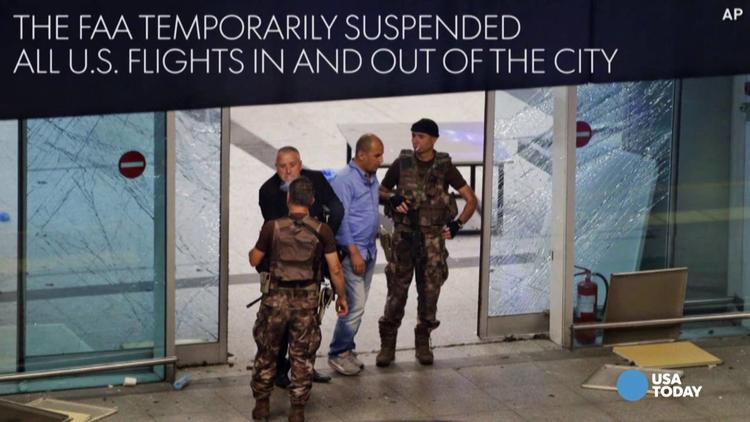 The attack at Ataturk Airport is suspected to be the work of [Daesh or] the Islamic State [IS] group.

Three suspected IS suicide bombers who killed 44 people in a gun and bomb attack at Istanbul’s main airport this week were Russian, Uzbek and Kyrgyz nationals, a Turkish government official said on Thursday.

The attack on one of the world’s busiest airports, a hub at the crossroads of Europe and Asia, was the deadliest in a series of suicide bombings in Turkey this year.

The three bombers opened fire to create panic outside, before two of them got inside the terminal building and blew themselves up. The third detonated his explosives at the entrance. A further 238 people were wounded.

The official gave no further details beyond confirming the attackers’ nationalities and declined to be named because details of the investigation have not yet been released. Forensics teams had been struggling to identify the bombers from their limited remains, officials said earlier.

Interior Minister Efkan Ala told parliament that evidence continued to point to IS responsibility and that 19 of the dead were foreigners. Ala said the identity and nationality of one of the bombers had been determined but did not comment further.

The pro-government Yeni Safak newspaper said the Russian bomber was from Dagestan, which borders Chechnya, where Moscow has led two wars against separatists and religious militants since the Soviet Union collapsed in 1991.

Turkey’s Hurriyet newspaper named him as Osman Vadinov and said he had come from Raqqa, the heart of IS-controlled territory in Syria. The Russian Interior Ministry said it was checking information about Vadinov.