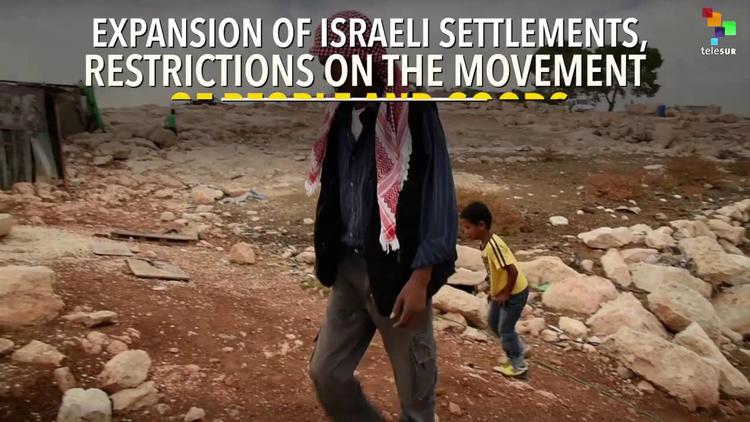 According to the report, which will be presented to the Ad Hoc Liaison committee (AHLC) this coming Monday, despite efforts by the Palestinian Authority (PA) to consolidate its fiscal situation and reduce its deficit, the World Bank projected that the PA would face a financing gap of $600 million for 2016.

The World Bank estimated that the Palestinian economy would only grow by 3.5 percent in the medium term, adding that “per capita income growth has almost stagnated and projected growth levels will not support an improvement in living standards” in the occupied Palestinian territory.

As a result of the economy growing at too slow a pace to keep up with its population’s needs, the World Bank said the Palestinian “stubborn” unemployment rate reached 27 percent — with 18 percent unemployment in the occupied West Bank and 42 percent in the besieged Gaza Strip.

“The Palestinian economic outlook is worrying with serious consequences on income, opportunity, and well-being. Not only will it affect the Palestinian Authority’s capacity to deliver services to its citizens, it may also lead to wider economic problems and instability,” Marina Wes, the World Bank country director for the West Bank and Gaza, was quoted as saying in the report.

It credited these efforts with reducing the Palestinian deficit by 15 percent of the GDP, calling it “an achievement rarely seen in other places around the world.”

However, the report added that the PA’s finances remained “fragile” due to a decline in budget support leading to the projected $600 million financing gap in 2016, which it said the PA could not fix alone.

The World Bank pointed at Israeli policies as being “the main constraint to Palestinian economic competitiveness,” noting that restrictions in the West Bank and the Gaza Strip accounted for a third to a half of GDP lost growth.

“Israeli restrictions…have pushed private investment levels to amongst the lowest in the world (in the Palestinian territory), particularly the ones on Area C which could increase Palestinian GDP by 35 percent and lead to a similar increase in employment,” the report noted, adding that “GDP losses in Gaza since the blockade of 2007 are above 50 percent.”

“Until there is a permanent peace agreement, the Palestinian economy will continue to perform below its potential and this will impact the economic and fiscal performance,” the World Bank added.

The continued gap in financing was also attributed to the exhaustion of local borrowing opportunities, as the PA was reportedly very close to reaching the limit of funds lent by local banks as set by the Palestinian Monetary Authority.

However, the World Bank particularly focused on the slow-paced delivery of promised international aid as having a dire effect on the Palestinian economy, stating that “donor support and in particular budget support is essential to avoid a fiscal crisis leading to wider economic problems.”

Of the $3.5 billion pledged by the international community in 2014 to help rebuild the blockaded Gaza Strip in the wake of a devastating Israeli offensive, only 46 percent has so far been delivered, as the World Bank said donor aid for Gaza was $1.3 billion behind schedule.

The report further revealed that only 16 percent of recovery needs in Gaza has assessed following the 2014 war had been addressed in the past two years.

“Over 70,000 people are suffering from prolonged internal displacement. Only 10.7 percent of the 11,000 housing units that were totally destroyed in the war have been rebuilt to date, and about 50 percent of partially and severely damaged houses still need to be repaired,” Wes was quoted as saying.

“The situation in Gaza is of great concern and the conditions required for post-reconstruction sustainable economic growth are not being put in place.” she added.

The World Bank issued a number of recommendations in its report to “avoid further deterioration” of the Palestinian economy, although it noted that the economy would “not be able to reach its potential without a peace resolution.”

“The report commends the Palestinian fiscal consolidation efforts and the recent Israeli decision to increase the quota of Palestinian workers in Israel, however, bold steps are still needed to address the immediate crisis and place the economy and the public finances on a sustainable path,” the World Bank wrote.

The international organization called on the PA to further “reforms to enhance revenue collection and to reduce expenditures,” as well as cut “non-priority spending” and “improve competitiveness and generate jobs,” while acknowledging that “the potential contribution from these actions will not be enough to cover the full financing gap.”

International institutions such as the World Bank and the International Monetary Fund typically advocate for deregulation, privatization, and liberalization of economies — policies which have been criticized by a number of economists and activists as coming to the detriment of local populations and not properly taking into account the specific contexts of each country.

The World Bank, while not outright denouncing out Israeli policies for their severe negative effect on the Palestinian economy, stated that “efforts by the Government of Israel can mitigate the stress of economic stagnation,” notably by increasing the quotas of Palestinian workers allowed in Israel and “further redressing some of the areas of fiscal loss under the current revenue sharing arrangements” with the PA.

The Palestinian Authority has struggled under severe financial strain over the years, exacerbated by instances when Israel has withheld taxes it collects on the PA’s behalf.

In a report released in April, the World Bank said that the PA was losing up to $285 million a year under its current economic arrangements with Israel.

More vocally, the World Bank called on donor states and institutions to “meet their commitments” vis-a-vis Gaza and the PA, calling their financial contributions “vital” to avoiding a worse economic situation given the dearth of alternatives.

“While donors need to accelerate disbursement, material entry also needs to be accelerated, particularly as efforts shift towards long term recovery projects” in Gaza, the report added, saying that “complex infrastructure projects are facing long delays depending on the type of material and equipment needed.”

Earlier this year, Israel banned the entrance of cement inside the Gaza Strip, a move which was widely criticized for exacerbating an already crippling near-decade blockade on the Palestinian enclave, as it prevented hundreds of Gazans who were made homeless during the 50-day 2014 war from rebuilding their homes, and suspending the jobs of some 40,000 workers employed in the construction sector.

The destruction from three Israeli offensives over the past six years and slow reconstruction due to the blockade led the UN in September to warn that Gaza could be “uninhabitable” by 2020.

In June, the World Bank stated that it had contributed a total of $1.025 billion in its Trust Fund for Gaza and the West Bank since its inception in 1993.

By comparison, the United States signed on Wednesday a new memorandum of understanding with Israel granting it $38 billion in military aid for the coming decade.