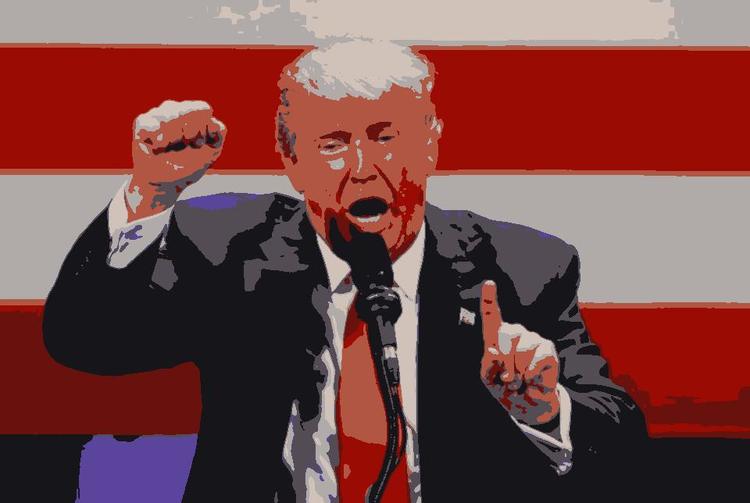 In the current presidential campaign, Republicans and Democrats seem to be competing with each other to proclaim their “pro-Israel” stances. In a March address to AIPAC Hillary Clinton said, “I feel so strongly that America can’t ever be neutral when it comes to Israel’s security or survival.” Clinton was not introducing a new idea into the presidential campaign; “pro-Israel” statements are a necessary part of many, if not most, political campaigns in the U.S. And these statements reflect what pollsters tell politicians: the majority of their constituents, wherever in the country they are, have a positive view of the State of Israel. And, as a corollary, they express a negative view of the Arab states. This majority may be larger or smaller depending upon the location; but overall, and consistently over the past fifty years, 60 percent or more of Americans express support for the Jewish State.

We might call this long term political phenomenon—shared by most Americans and by both major political parties—“Israel admiration.”

But the Trump campaign, as it channels the deepest fears and aspirations of many Americans, has tapped into potent and related American phenomenon: “Israel envy.”

In this mode of thought, the U.S., a weakened world-power, has lost its political will and the ability to deploy its unparalleled military power. America can only recover its will and power by emulating a “small and spunky nation,” Israel. While American power is sapped by dissent and liberalism, Israel unified and determined grows stronger.

While Israel envy was expressed by a few American political and military figures in the 1950s and early ’60s, it became a widespread phenomenon in the second half of the 1960s. 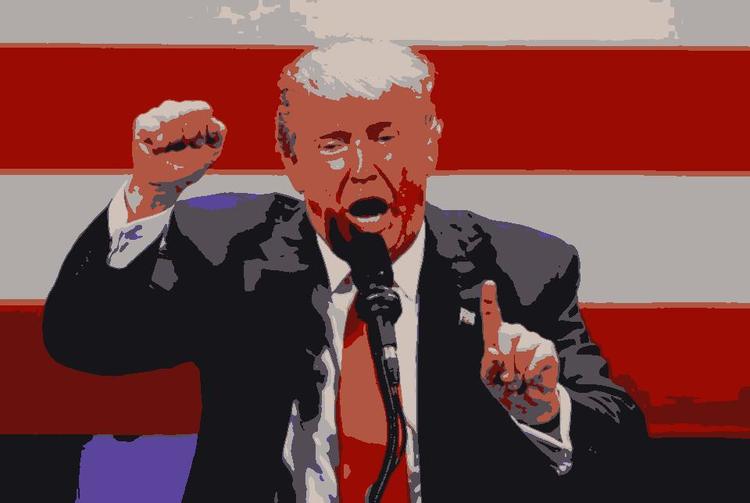 The escalation of U.S. involvement in Vietnam and the Israeli victory in the 1967 War were the major factors.

Approving mention of Israel was often deployed when military hawks called for an “Israeli” approach to the war in Vietnam. What that “Israeli” approach was and how it might work was never articulated clearly. In its crudest form it was simply that the U.S. must “kick ass.” But as some of LBJ’s advisors were frustrated by U.S. military failures in Southeast Asia and enraged by domestic opposition to the war, they saw Israel as a potent counter-example to American frustration and failure. And if invoking the Israeli example could dampen opposition to the war, it might be worth the effort.

LBJ himself, a life-long admirer and supporter of Israel and its policies, was encouraged in this Israel-envy by his close friend the novelist John Steinbeck. Unlike most American writers, artists, and academicians Steinbeck was a supporter of America’s war in Vietnam. Concerning Israel, Steinbeck, unlike LBJ, had no strong opinions. But that was to change when Steinbeck accepted an invitation to visit the country.

In March 1966, Steinbeck and his wife Elaine spent a few weeks in Israel as a guest of the government. In Israel, he wrote, “I see no sign of weariness.” He contrasted Israel’s energy—”with which it boils and burbles, squirms and gallops”—with the lassitude he found among America’s youth. “When I left the U.S.,” he wrote in a letter from Tel Aviv, “American youth were “burning draft cards because the war in Vietnam was intolerable.” Steinbeck contrasted this draft-dodging with the eagerness for military service he reported encountering among Israeli youth. When he returned to the U.S. and met with LBJ at the White House, Steinbeck was even more determined to stiffen LBJ’s resolve to “get tough” in Vietnam. His trip to Israel, Steinbeck said, had made him even more of an American patriot.

In 1966, the same year that the Steinbecks were wowed by Israel and its military preparedness and martial spirit, one of the avatars of that spirit, General Moshe Dayan, went to Vietnam as a correspondent for Maariv, the largest circulation Israeli newspaper of the time. Contrary to the illusions of American pundits besotted with their notions of Israel’s military prowess, Dayan, after spending two weeks with American and South Vietnamese forces, saw no way for the U.S.—or any other force—to win the war.

This was before the 1967 War, the “war that changed the Middle East.” After the Israeli victory, Israel admiration grew even greater, and with it a sense of Israel envy among those disappointed in American policies.

The half-century anniversary of the 1967 war is fast approaching, and in the intervening decades Israel envy has increased to the point where it has become a staple of American political discourse, especially, but not exclusively, among social and political conservatives.

And that brings us back to the current moment in the presidential campaign.

On September 26th, in a speech that sought to justify his often-ridiculed call to “build a wall” with Mexico, Trump invoked the “successful” Israeli wall that seals off the Palestinians. Trump reported that in his private, but highly-publicized, conversation with Prime Minister Netanyahu, they discussed at length “Israel’s successful experience with a security fence that helped secure its borders.”

In the same spirit of invoking the use of force without considering its military efficacy or long-term consequences, Trump has said that if elected president, he would “bomb the shit out of ISIS.” Like a lot of what Trump says about his plans, this doesn’t strike intelligent observers as a clear statement of foreign policy. But like the phrase “kicking ass,” “bombing the shit of of ISIS” seems to resonate with many in the U.S., and perhaps not surprisingly, it resonates with many who call themselves “pro-Israel.” As Politico noted a few months back, these Trump statements resonate with those Israelis polled about who they would vote for if they could participate in the U.S. elections. As reporter Gregg Carlstom wrote, “this might be the most surprising poll from a wild, unpredictable 2106 campaign: One in four Israeli Jews would vote for Donald Trump” and, noted the Politico reporter dryly, “Trump’s negative comments about Muslims don’t hurt him in Israel either.”

Reprinted with author’s permission from Patheos