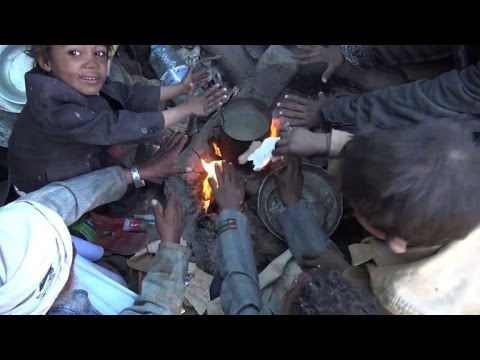 More than 10,000 – mostly civilians – have been killed and more than 3 million have been displaced in the conflict.

Whistleblowing organization Wikileaks on Friday dropped yet another batch of files, this time detailing evidence of the United States arming, training and financing Yemeni forces in the build up to the current war.

The so-called “Yemen Files” appears to show how the Yemeni government received military hardware from the U.S., including aircraft, vehicles and vessels, as well the Yemeni procurement of US biometric systems.

WikiLeaks founder Julian Assange said that in the rarely reported conflict “the United States government has provided most of the bombs and is deeply involved in the conduct of the war itself,” in a statement on the organization’s website.

The latest leak of more than 500 documents from the U.S. Embassy in Yemen’s communications covers both Hillary Clinton and John Kerry’s time as secretary of state from 2009 until March 2015, when the current conflict broke out. The embassy, based in the capital Sana’a, closed only a month beforehand.

With U.S. backing, the Saudi Arabia-led coalition has been fighting Yemen’s Houthi movement since March 2015. It wants to restore its ally president, Abed Rabbo Mansour Hadi, who was driven into exile by Houthis forces in late 2014.

Wikileaks said that the war in Yemen was largely strategic, with the country sitting at an important “narrow choke point” for oil trade passing through the Middle East.

“Saudi Arabia seeks to control a port in Yemen to avoid the potential constriction of its oil shipments by Iran along the Straight of Homuz or by countries which can control its other oil shipment path along the Red Sea,” the statement read.

The new leak sheds further light on what many experts and human rights advocates argue: that the coalition is committing war crimes using U.S. made weapons. Internal warnings have stated that the U.S. would almost certainly be accused of committing war crimes in the conflict through providing logistical and intelligence support to Saudi-led coalition.

Since 2009, Obama has made 42 separate weapons deals with the kingdom totaling US$115 billion, according to a report from the Center for International Policy in September. The U.S. has also confirmed that it had previously sold white phosphorus, a napalm-like chemical, to the Saudis.

Recently, Yemeni civilians have been increasingly targetted by Saudi air raids. The U.N. says more than 10,000 people have been killed, most of them civilians, and more than 3 million have been displaced.

The U.S. previously said it would “review” its support for the Saudis after a U.S.-backed, Saudi-led airstrike killed more than 140 people and injured over 500 who were attending a funeral.

Despite internal warnings that U.S. weapons would almost certainly be used to commit war crimes against Yemeni citizens, the Obama administration since 2015 has approved US$1.3 billion in arms sales to Saudi Arabia.

On Wednesday, at least 12 Yemeni civilians were killed after Saudi Arabia refused to extend a two-day cease-fire on Monday, with both side blaming each other for violations of the cease-fire.