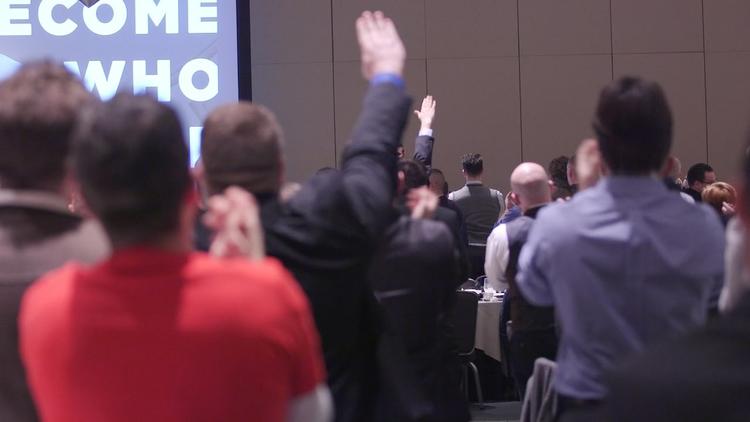 Everyday life in the modern authoritarian regime is boring and tolerable.

Malaysia is a country that I know well, and whose political system I have studied closely for 15 years. It is also a country whose political liberalization I have long awaited. Malaysia has a multiparty parliamentary system of government, but the same coalition of parties has been in power for six decades, and has never lost a general election. The government retains—in a holdover from the British colonial period—the legal authority to detain people without trial if it so desires. The print and broadcast media are fairly compliant, mostly owned by the corporate allies of political elites, and rarely criticize the government.

Living in Malaysia and working on Malaysian politics has taught me something important about authoritarianism from my perspective as an American. That is, the mental image of authoritarian rule in the minds of most Americans is completely unrealistic, and dangerously so.

Even though Malaysia is a perfectly wonderful place to visit, and an emerging market economy grappling with the same “middle income trap” issues that characterize most emerging market economies, scholars of comparative politics do not consider it to be an electoral democracy. Freedom House considers Malaysia “Partly Free.” The Democracy-Dictatorship dataset codes Malaysia as a civilian dictatorship, as do Boix-Miller-Rosato. Levitsky and Way consider Malaysia to be a classic case of competitive authoritarianism. There are quite a few other countries like Malaysia: Mexico and Taiwan for most of the 20th century, Russia, Turkey, Singapore, Cameroon, Tanzania, and others.

The mental image that most American harbor of what actual authoritarianism looks like is fantastical and cartoonish. This vision of authoritarian rule has jackbooted thugs, all-powerful elites acting with impunity, poverty and desperate hardship for everyone else, strict controls on political expression and mobilization, and a dictator who spends his time ordering the murder or disappearance of his opponents using an effective and wholly compliant security apparatus. This image of authoritarianism comes from the popular media (dictators in movies are never constrained by anything but open insurrection), from American mythmaking about the Founding (and the Second World War and the Cold War), and from a kind of “imaginary othering” in which the opposite of democracy is the absence of everything that characterizes the one democracy that one knows.

The reality is that everyday life under the kinds of authoritarianism that exist today is very familiar to most Americans. You go to work, you eat your lunch, you go home to your family. There are schools and businesses, and some people “make it” through hard work and luck. Most people worry about making sure their kids get into good schools. The military is in the barracks, and the police mostly investigate crimes and solve cases. There is political dissent, if rarely open protest, but in general people are free to complain to one another. There are even elections. This is Malaysia, and many countries like it.

Everyday life in the modern authoritarian regime is, in this sense, boring and tolerable. It is not outrageous. Most critics, even vocal ones, are not going to be murdered like Anna Politkovskaya, they are going to be frustrated. Most not-very-vocal critics will live their lives completely unmolested by the security forces. They will enjoy it when the trains run on time, blame the government when they do not, gripe at their taxes, and save for vacation. Elections, when they happen, will serve the “anesthetic function” that Philippe Schmitter attributed to elections in Portugal under Salazar in the greatly underappreciated in 1978 volume Elections without Choice.

Life under authoritarian rule in such situations looks a lot like life in a democracy. As Malaysia’s longtime Prime Minister Mahathir Mohamad used to say, “if you don’t like me, defeat me in my district.”

This observation has two particular consequences. One, for asking if “the people” will tolerate authoritarian rule. The premise upon which this question is based is that authoritarianism is intolerable generally. It turns out that most people express democratic values, but living in a complicated world in which people care more about more things than just their form of government, it is easy to see that given an orderly society and a functioning economy, democratic politics may become a low priority.* The answer to the question “will ‘the people’ tolerate authoritarian rule?” is yes, absolutely.

It is possible to read what I’ve written here as a defense of authoritarianism, or as a dismissal of democracy. But my message is the exact opposite. The fantasy of authoritarianism distracts Americans from the mundane ways in which the mechanisms of political competition and checks and balances can erode. Democracy has not survived because the alternatives are acutely horrible, and if it ends, it will not end in a bang. It is more likely that democracy ends, with a whimper, when the case for supporting it—the case, that is, for everyday democracy—is no longer compelling.

Thomas Pepinsky is associate professor of government at Cornell University. He is the author of Economic Crises and the Breakdown of Authoritarian Regimes (Cambridge 2009), and blogs regularly about politics, Southeast Asia, and food at tompepinsky.com, where a version of this piece first appeared.

*It is also the case the many people find democracy rather intolerable too. By this I do not mean that people do not value democracy. Rather, I mean that in democracy, it is also the case that most of the very things that motivate people to oppose authoritarian rule—corruption, cronyism, inequality, unfairness—usually still exist.