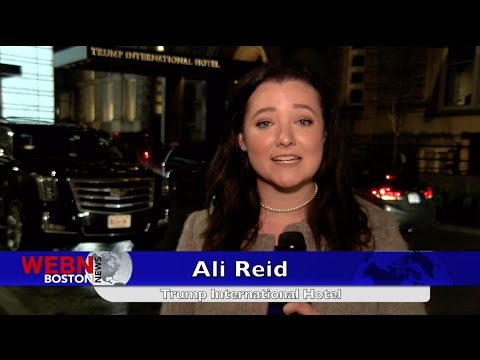 With Donald Trump’s inauguration as American president, one more event considered by many to be beyond the realm of possibility has come to pass. Protests may have been taking place in America and around the world, but the crisis of the left is all too apparent.

The social democrats have long since accepted the right’s tenets of globalisation and deregulation. They offer a managerial capitalism where taxes from a marketised system are used to sustain and, where possible, expand the welfare state within national boundaries. This looks almost meaningless in the face of an ageing population, as Western economies compete for jobs and investment with resurgent Asia and struggle for growth. The more radical left has meanwhile found a foothold in some countries, but it has tended towards protest rather than offering a genuine alternative.

I believe these groups have to return to something central to their 19th-century founding principles that has been overlooked. A global problem does not need the response of national movements but rather a fully coordinated international movement. The challenge for the left is to bring this about.

Left in the cold

The story of our times is the journey of socialism during the 20th century. It transformed from an explicitly international movement dedicated to radical alternatives to the status quo into political parties confined within national boundaries. These focused on raising and managing resources for public services and welfare within a global capitalist order forged on globalisation and technological change.

The abject failure of a planned Europe-wide general strike on the eve of World War I was an early portent. By the 2008 financial crisis, the absence of any serious discussion, let alone an attempt, to mobilise a cross-national movement to combat austerity even within the eurozone was a severe indictment of European social democracy. Governments run by social democrat parties colluded in institutional processes that led to harsh austerity in Ireland, Portugal, Spain and Greece.

Movements like Syriza in Greece and Podemos in Spain mobilised national anti-austerity coalitions but had little to say about coordinated action. In the US, Bernie Sanders’ take on democratic socialism builds on guaranteeing the economic rights of all Americans. Jeremy Corbyn and his leftist colleagues in the Labour Party also oppose UK austerity and pay plenty of lip service to international solidarity, but they are not trying to bring it about. Movements such as Occupy did try to coordinate internationally, but focused on the symptoms of the problem and not the causes. Why this global failure?

The left’s big conundrum is how to persuade the key voting constituency of the alt.right that it has a better solution to their problems. Populists, including Trump, Nigel Farage and Marine Le Pen, have primarily mobilised white voters on low to middle incomes working in skilled or semi-skilled jobs in industry and services or running small businesses – plus pensioners. Theresa May’s favoured term for this group is people who are “just getting by”.

They have seen their incomes and future prospects stagnate; stable jobs in manufacturing replaced by lower-paying less stable ones in services; and their access to welfare become restricted – and even contested – following the financial crisis.

This has stoked their opposition to mass immigration, political correctness and reckless banks and corporations. They increasingly believe the welfare state shouldn’t give special treatment to minorities or the “undeserving poor”. They are patriotic both for cultural reasons and because they believe the nation state can protect them against the excesses of globalisation and technological change.

In other words, they agree with many of the key arguments of the left’s critique of global capitalism but believe in an isolationist solution. As Trump put it simply during his inauguration speech, “America first”.

The left has to convince them that the protection they believe they receive from the nation state is temporary. The huge problem facing Western democracies is that their populations are getting older and therefore need more workers to sustain them – low birth rates dictate that these workforces have to come from other countries. Leaders like Trump may temporarily reduce immigration, but you can only defy gravity for so long.

Meanwhile, economic theory makes clear that in a relatively free global market, there would be a tendency for people with similar skills to get paid the same. An often-cited example is that following the North American Free Trade Agreement (NAFTA), unskilled labour wages gradually fell in the US while rising in Mexico. In an era of globalisation and technological change, until workers with similar skills in the East and South receive wages on a par with those in the West, those people “just getting by” can expect their standard of living to keep falling.

One of the main consequences of globalisation is that it has created a world market in which workers in different countries see themselves as competing for wages, jobs and investment. This has exacerbated divisions that help to explain why coordinated international action is never even mentioned as a possibility – never mind that smartphones and the internet could make it much easier than for previous generations.

The answer is for people to stop competing with workers in other countries and start recognising their common interest in winning a greater share of global wealth. This means everything from coordinated wage bargaining positions within multinationals and global supply chains to eurozone-wide general strikes against austerity. It means that retail workers on zero-hours contracts selling clothes made by Bangladeshi sweatshop workers need to recognise their common interests and mobilise to act together.

Political entrepreneurs such as Trump have blurred the traditional differences between left-wing and right-wing concerns by offering a bulwark to the effects of change in an increasingly complex world. They have singled out migrants and minorities as the physical embodiment of the problem. The left’s big failure is not to explain or even perhaps understand why this is the wrong answer. There is no reason why it could not make Trump’s inauguration a line in the sand.